Heidi Montag and husband Spencer Pratt are parents to son Gunner, but the couple has been open about expanding their family.

Heidi and Spencer welcomed Gunner in October 2017 and have been relishing parenthood ever since. She took to her Instagram stories (via People) on his first birthday in 2018 and was emotional, saying, “Gunner is just such a blessing and I can’t believe that it’s already been a year. Wow, what a day. It’s been the most amazing and most challenging year of my entire life.”

The couple was open to adding more kids to their family, as Heidi told E! News in July 2018. “I’d love a girl or a boy. I love having a son. It’s so much fun,” “The Hills: New Beginnings” star gushed. “So if we have another boy, we’ll probably have three [kids].”

While the two didn’t agree at first when it came to having a baby during the pandemic, per Us Weekly, in May, Spencer told People they were “working as hard as possible at it.” That same month, Heidi revealed to Us Weekly that she and Spencer have “now been trying for five months.” “It’s challenging because the first time we tried with Gunner, I got pregnant right away,” she added. “Things change. It’s intense.” And now, Heidi just took a major step in hopes of conceiving their second child. Keep reading for more details.

Heidi Montag underwent a procedure to try to conceive another child 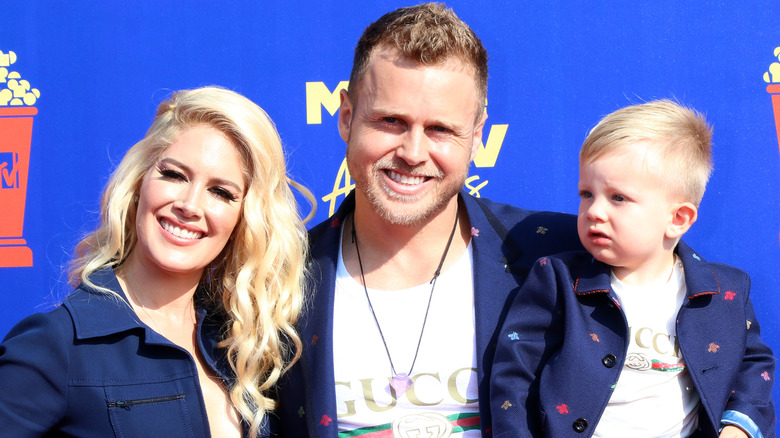 Heidi Montag got up close and personal on her YouTube channel on August 13 as she got candid on a procedure to help her conceive another child with husband Spencer Pratt.

She underwent a “hysteroscopic polypectomy procedure” that removes non-cancerous polyps in her uterus. “I was feeling nervous last night about it, but I’m excited today,” she said before the procedure. “And [I’m] hoping that the surgery works and that this is the only reason I haven’t been able to get pregnant.” “Hopefully after this, I can get pregnant right away,” she added.

Heidi was frank in the video, saying, “Obviously, I think it’s the perfect timing and meant to be. And so thankful I didn’t have other problems and complications.” Once surgery wrapped up, Heidi said she was “feeling really good” and “so happy” she was done with the procedure. She was hopeful that “this was the time” to conceive, mentioning that she was ovulating and would be able to resume intercourse in two days.