‘It has been wonderfully liberating to be happy in my own skin’: Helen Skelton credits Strictly for lifting the gloom of her marriage split and says she’s rediscovered her confidence

Helen Skelton credits Strictly Come Dancing for lifting the gloom of her marriage split – and says she’s rediscovered her confidence by performing on the show.

The Countryfile presenter, 39, who hopes to lift the Glitter Ball trophy on Saturday, revealed it’s been ‘wonderfully liberating to be happy in my own skin’ while starring on Strictly following her breakup from husband of eight years Richie Myler.

Mother-of-three Helen says performing with pro Gorka Márquez was never about being ‘sexy’ but instead their partnership focussed on gaining back ‘control’ and feeling ‘sassy and powerful’, with the TV star admitting she’s found herself again on the dance floor. 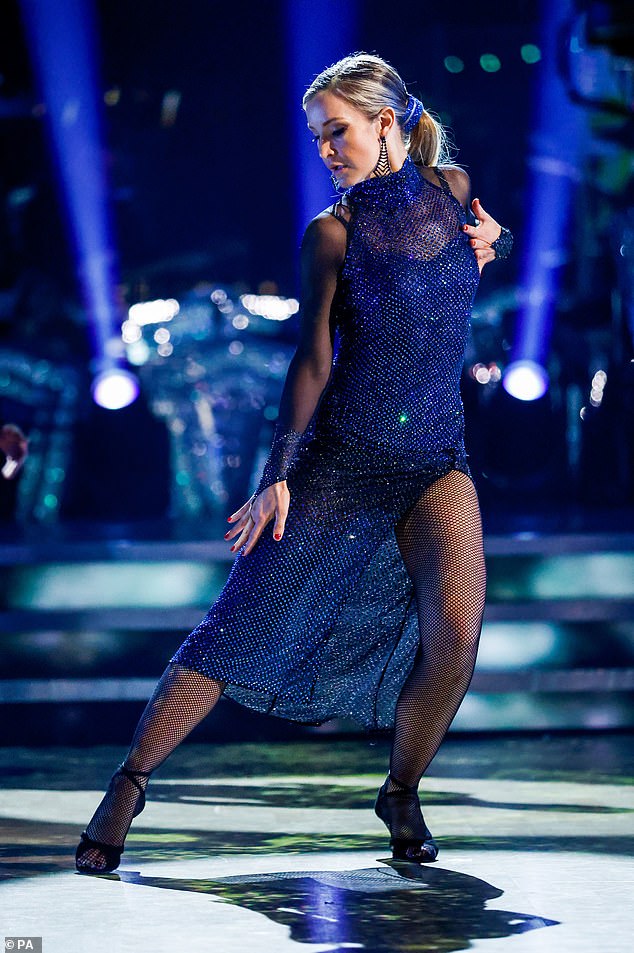 ‘I have found confidence’: Helen Skelton credits Strictly Come Dancing for lifting the gloom of her marriage split – and says she’s rediscovered her confidence by performing on the show

Speaking ahead of the Strictly final, Helen said: ‘Everyone has confidence in different ways.

‘I was having a chat with Claudia [Winkleman] about it one day and not everybody can strut down the high street in high heels and a dress but maybe you’re confident in talking about politics or writing books or whatever but yes, I have found confidence.

‘Gorka is clever because he’s never made it about being sexy it’s been about being sassy and powerful and being in control and that’s a wonderfully freeing thing for anybody when they feel in control of their own self and what they’re doing. 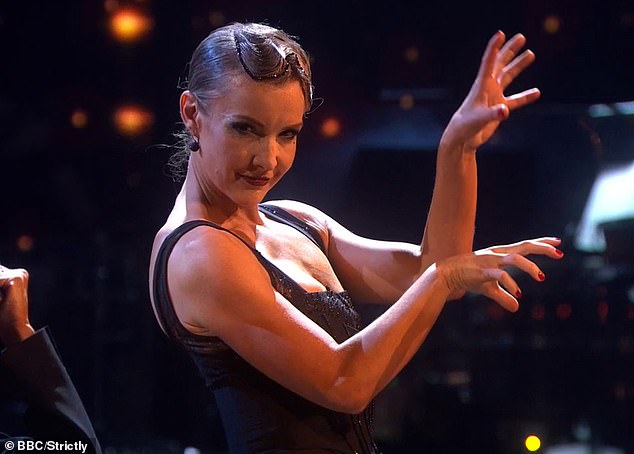 ‘It’s been about being sassy’: The Countryfile presenter, who hopes to lift the Glitter Ball trophy on Saturday, revealed it’s been ‘wonderfully liberating to be happy in my own skin’ 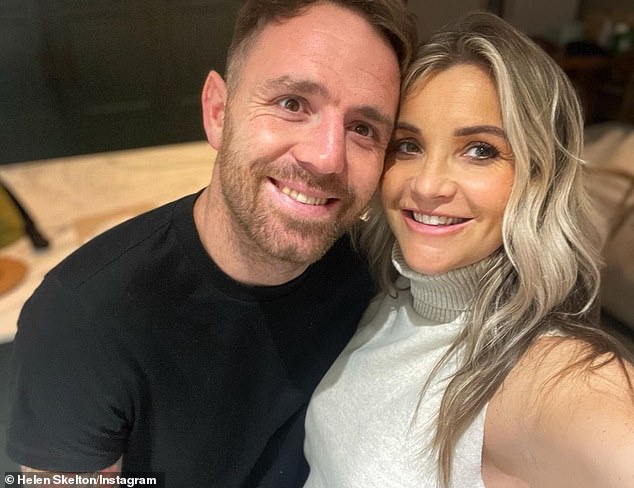 Exes: Helen says performing with Gorka Márquez was never about being ‘sexy’ but instead their partnership focussed on gaining back ‘control’ following her split from Richie Myler

‘The thing Gorka kept saying to me in the beginning which I didn’t get was ‘just own it’, I was like ‘I don’t know what you’re on about, I’m here’ – I was like ‘what does that even mean?’ But now I get it.

‘It has been a wonderfully liberating thing to just be happy in my own skin and my own shoes and doing whatever walk I’m doing.’

Fast-forward to the show’s Musical Week where Helen danced her Couple’s Choice to Mein Herr from Cabaret, and the star wowed the judges with her seductive rendition, while wearing a sequin bodice and suspenders.

Helen also impressed in last week’s semifinal with her Argentine Tango, beginning the performance on her own strutting forward in the centre of the dance floor. 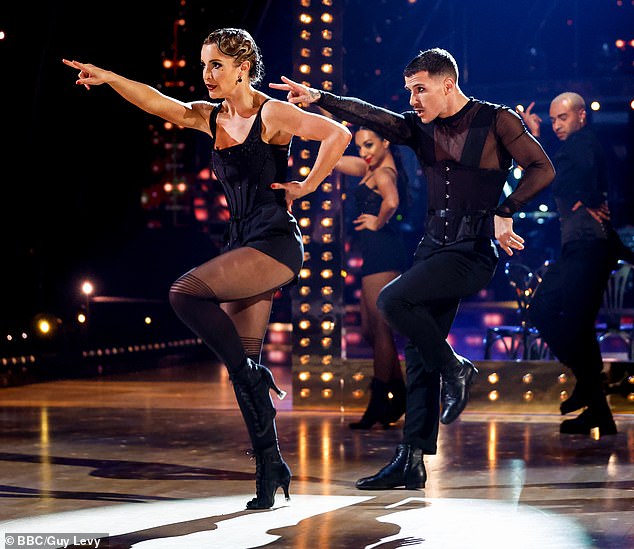 Helen wowed the judges with her Couple’s Choice routine to Mein Herr from Cabaret, where she wore a sequin bodice and suspenders

She admits her confidence post-split from rugby ace Richie, 32, who’s now in a relationship with pregnant girlfriend Stephanie Thirkill, has soared, and the support she’s received from her fan base has given her the motivation to remain strong in the competition.

Helen said: ‘For us that has been the thing that has kept us going every week.

‘Confidence is all relative isn’t it and challenges are all relative but yes, I have definitely found my confidence on the dance floor, and I enjoy it and that’s what it’s all about.

‘Every week we get so many messages from people who share things about their life and that’s the ultimate humbling thing, when you’re in TV that’s why you do it because you like connecting with people and being part of things.

‘It’s a privilege to be in people’s living rooms on a Saturday night and it’s a privilege when they share things and if one person has thought I’m going to put myself out of my comfort zone and I’m going to take on something difficult then we’ve done our job.’ 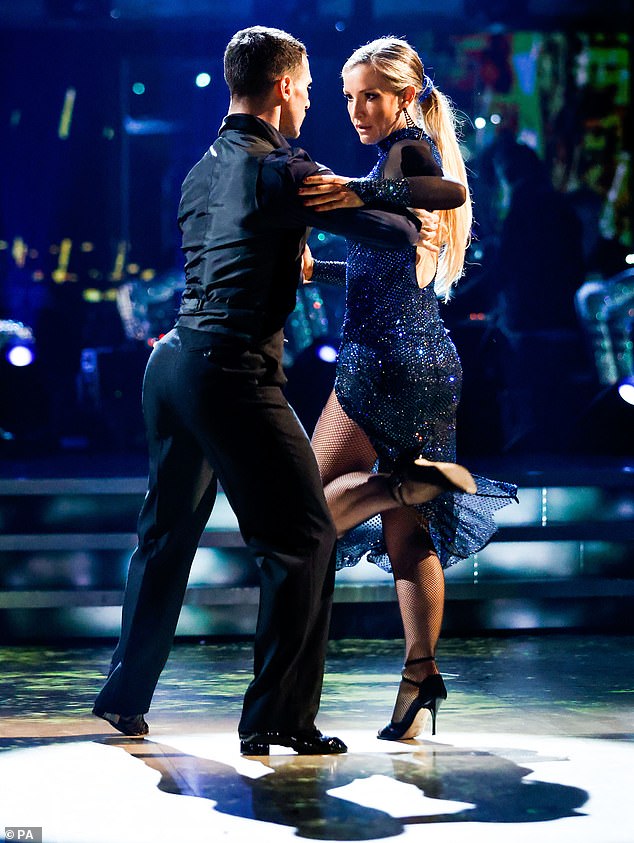 ‘Kept us going’: Helen admits her confidence post-split from rugby ace Richie has soared and the support she’s received from her fan base has given her the motivation to remain strong

While Gorka has advised Helen to push herself even further out of her comfort zone by ‘giving it more’, even when she’s been dressed in a ‘glittery bra and wig’, she’s finally realised that every detail counts when you’re on the dance floor.

She said: ‘I’m not a performer so I’ve never had that I don’t get that.

‘When Gorka’s been saying ‘dial it up’ I’m like ‘oh, this is what you mean, I get it’ sometimes I go ‘like that?’ and he’ll go ‘give it more’ and I’ll say ‘how can I give it more? I’m in a glittery bra with a wig, what more is there to give?’ but we spent about half of hour of Gorka saying ‘just look that way’ and I was like ‘it doesn’t make a difference where I look mate’ but it totally does.

‘People keep saying I’ve been on a journey, but Gorka has done it so well done you.’ 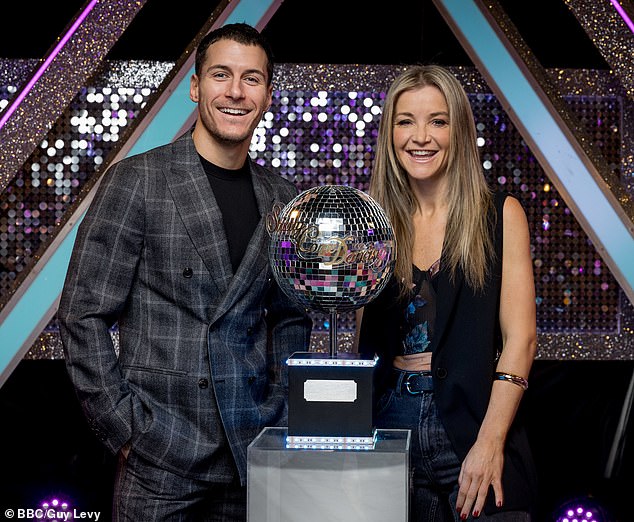 ‘She’s happier’: Helen’s partner Gorka says their show dance will be in celebration of Helen’s strength and determination throughout her time on Strictly

The presenter is preparing to give the performance of her life on Saturday night in a bid to take home the Glitter Ball trophy.

Performing three routines including their show dance, which Helen describes as ‘very, very fast’, the couple hopes they can beat fellow finalists Molly Rainford, Fleur East, and Hamza Yassinin in the competition.

Helen’s partner Gorka says their performance will be in celebration of Helen’s strength and determination throughout her time on Strictly, where he’s watched her become happier behind the scenes.

He said: ‘The story behind it is a celebration and a thank you to everybody who’s supported us through the journey and Helen’s journey from day one to now.

‘Day one when she had to walk down the stairs she was like ‘I don’t know if I’m going to be able to do this on my own’ but now she’s happier, more smiley, and confident and she can do dances like the Argentine Tango, it’s just a celebration of her journey.’