Hollywood homes under the hammer: Check out stars who lost millions

Hollywood homes under the hammer: As Sylvester Stallone sells his LA mansion to Adele for a ‘knockdown’ price, check out these other stars who lost out on millions

Anyone who has tried to sell their home recently knows the property market can be brutal.

And it seems that’s true whether you’re selling a semi in Hampshire or a mega-mansion in Hollywood. There is no shortage of famous faces who have had to slash their asking price to find a buyer — with some yet to succeed.

Here, we look at the discount divas — and how low they have had to go… 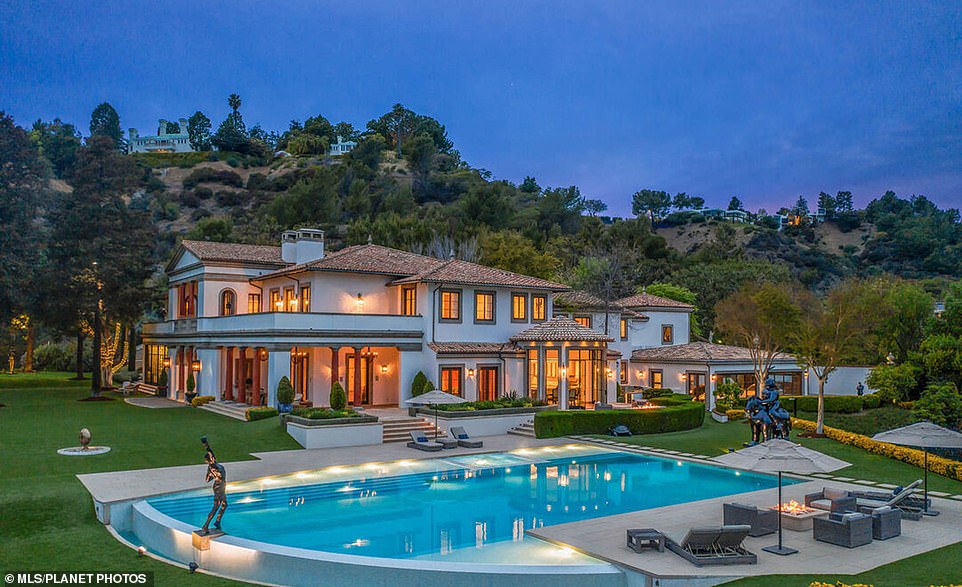 Sylvester Stallone originally listed the home for $110 million, before dropping the price to $80 million, so Adele would seem to have negotiated a steep discount 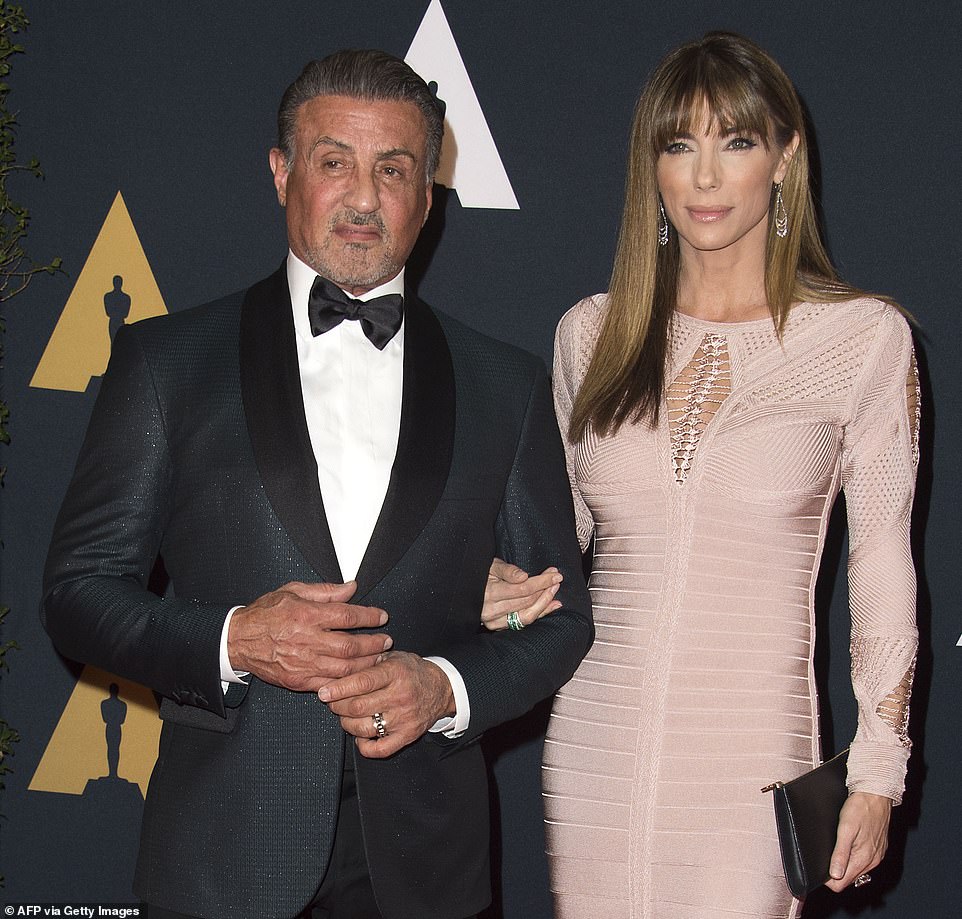 Adele, 33, has just snapped up a Beverly Hills mansion from actor Sylvester Stallone, 75, for almost half price — £42million, down from the original asking price of £81million last January, a 48 per cent drop.

With 21,000 square feet of living space, there are eight bedrooms and 12 bathrooms. 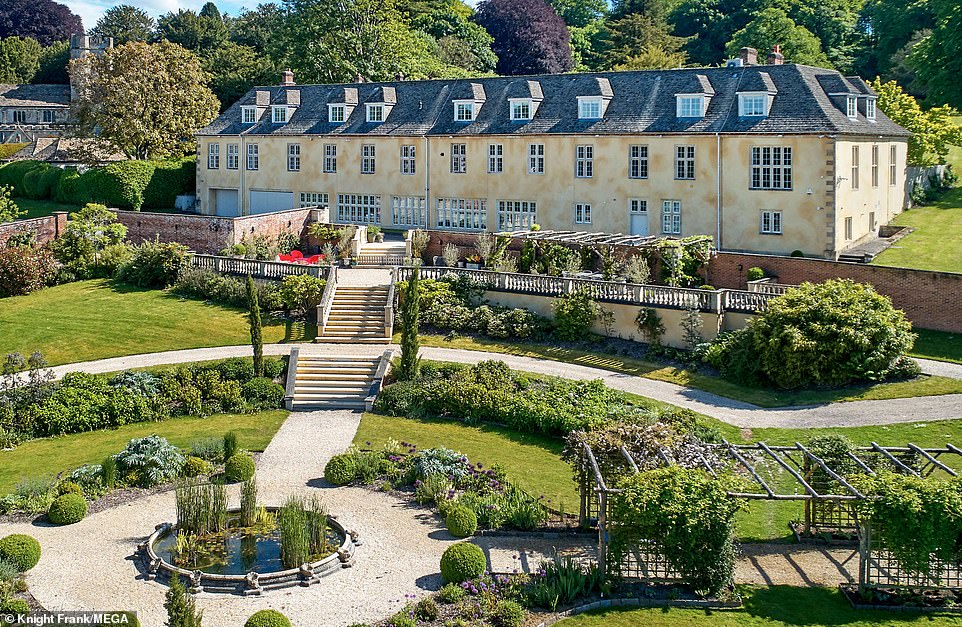 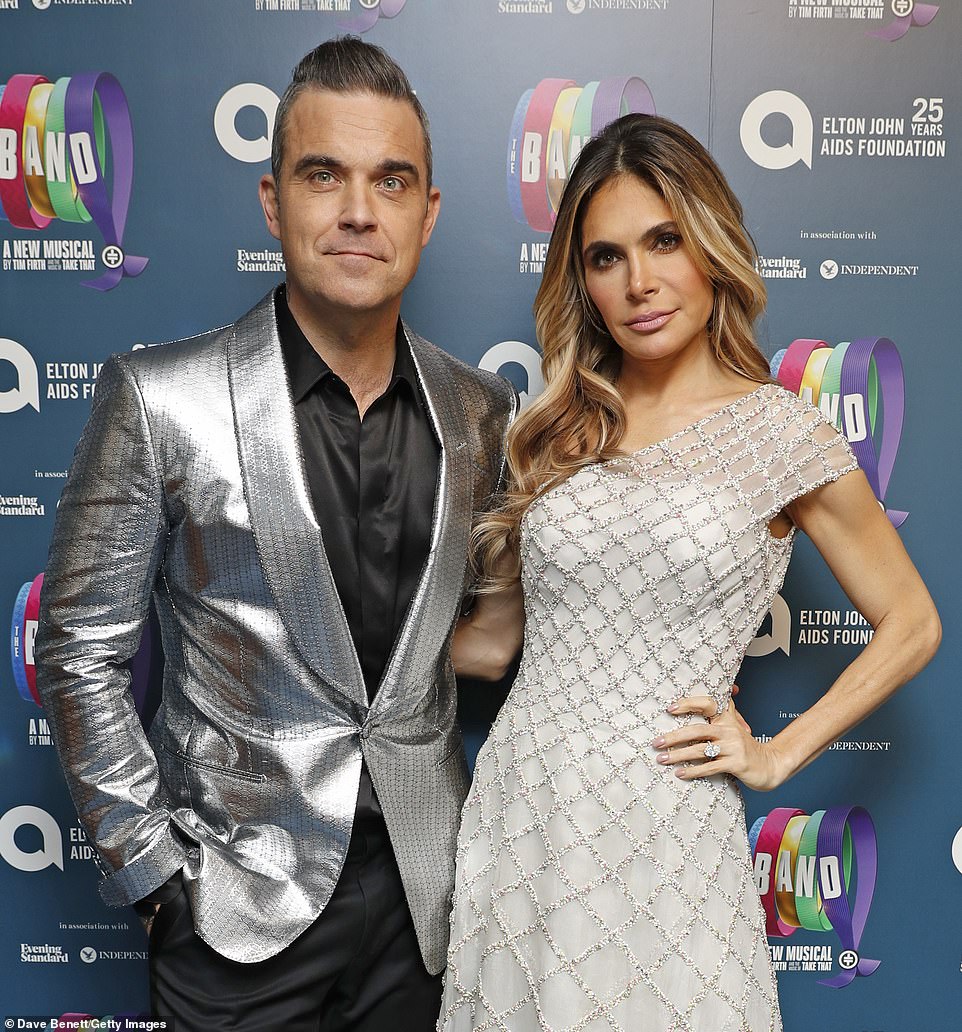 Singer Robbie Williams 47, quietly relocated to a huge house on the shores of Lake Geneva in Switzerland last year.

He has now put his seven-bedroom house in Wiltshire up for sale for £6.75million.

It includes a 73ft-long indoor pool, a helipad, and a grass football pitch on its 17 acres. There is also a leisure complex with a sauna, plus a cottage and two flats for staff.

The palatial home in Compton Bassett has been on and off the market since 2010 and was previously marketed at £8.1million.

That is a 17 per cent price drop. The singer doesn’t seem to have ever loved the place — first putting it up for sale around a year after buying it. Robbie also has a house next door to Led Zeppelin guitarist Jimmy Page in London, the subject of numerous planning disputes, as well as a mansion in Los Angeles. 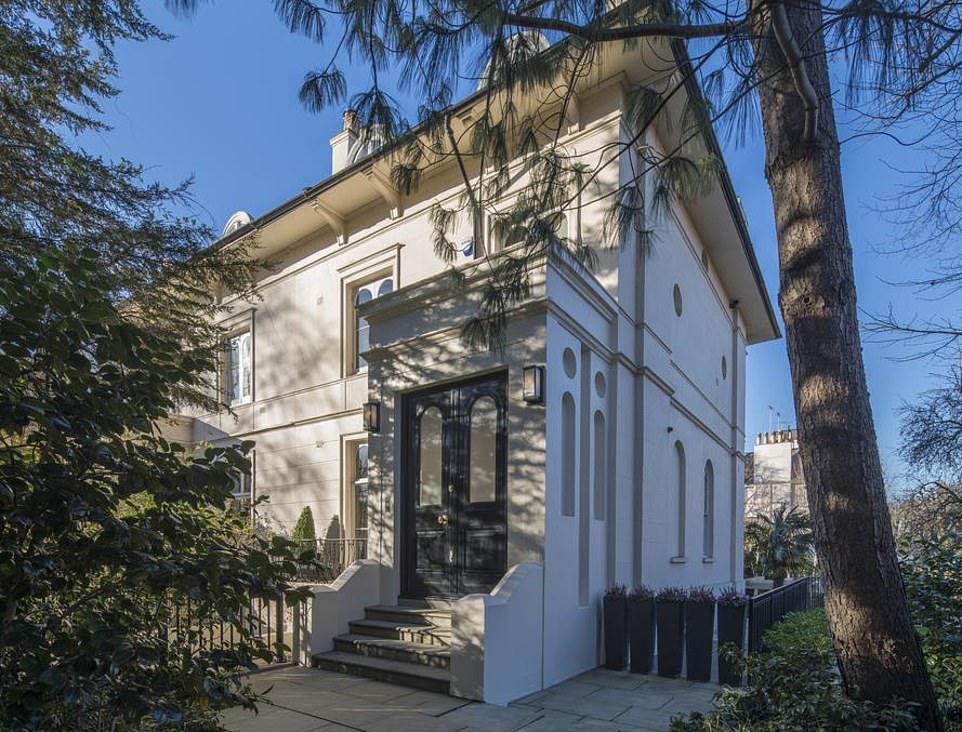 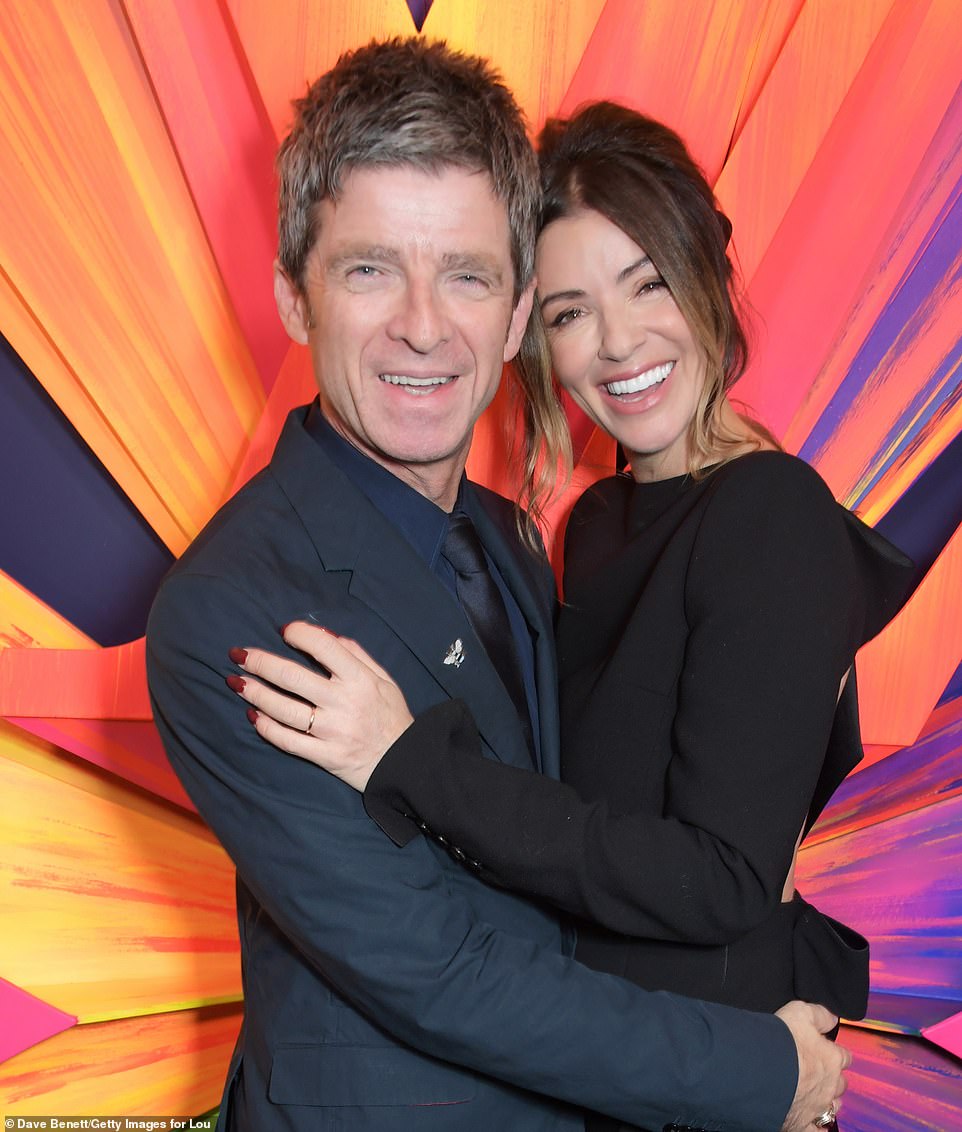 Oasis star Noel Gallagher, 54, struggled to sell his handsome Grade II-listed mansion in Little Venice, North London, for four years after deciding to leave the capital with his wife and two children.

The six-bedroom house, with three bathrooms, three reception rooms and a large basement gym was initially marketed at £11.5million in 2016.

It was eventually sold in September 2020 for £8million — a 30 per cent drop — the price Gallagher and wife Sara MacDonald paid for it more than a decade previously. 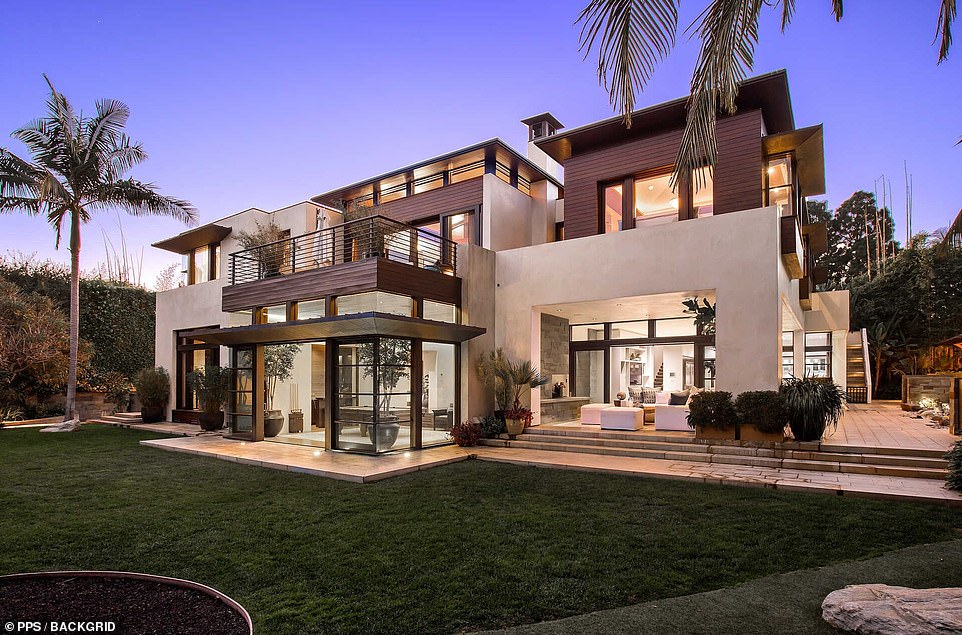 The 13,508-square-foot home sits on one of Los Angeles’ most desirable streets and boasts seven bedrooms and 10 baths 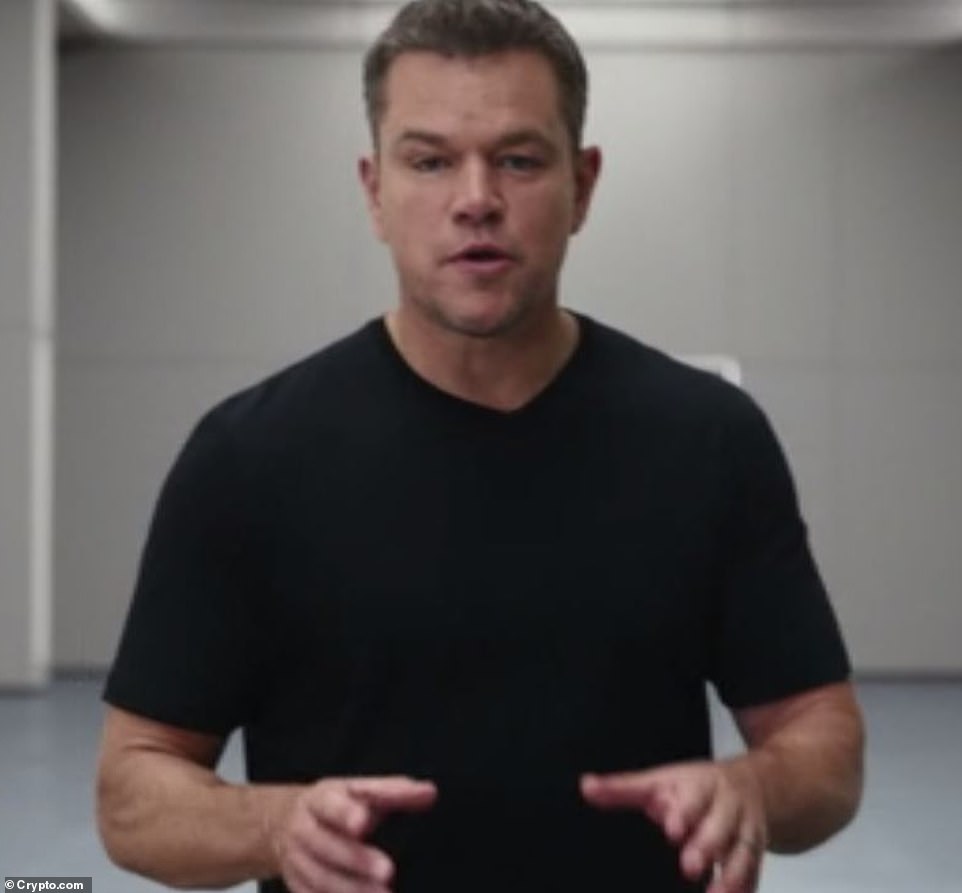 Actor Matt Damon, 51, wife Luciana and their three children have relocated to a penthouse in Brooklyn Heights, New York

A zen pad with a koi pond, waterfall and triple-height atrium, this house in the Pacific Palisades, Los Angeles, was sold at a reduced price by actor Matt Damon, 51, in November.

He, wife Luciana and their three children have relocated to a penthouse in Brooklyn Heights, New York.

The home has seven bedrooms, movable glass walls, staff quarters and a Hawaiian-style lanai (open-sided patio with a roof) for outdoor dining.

It was initially listed for £15.6million but after a year sold for £13.3million after a 15 per cent drop 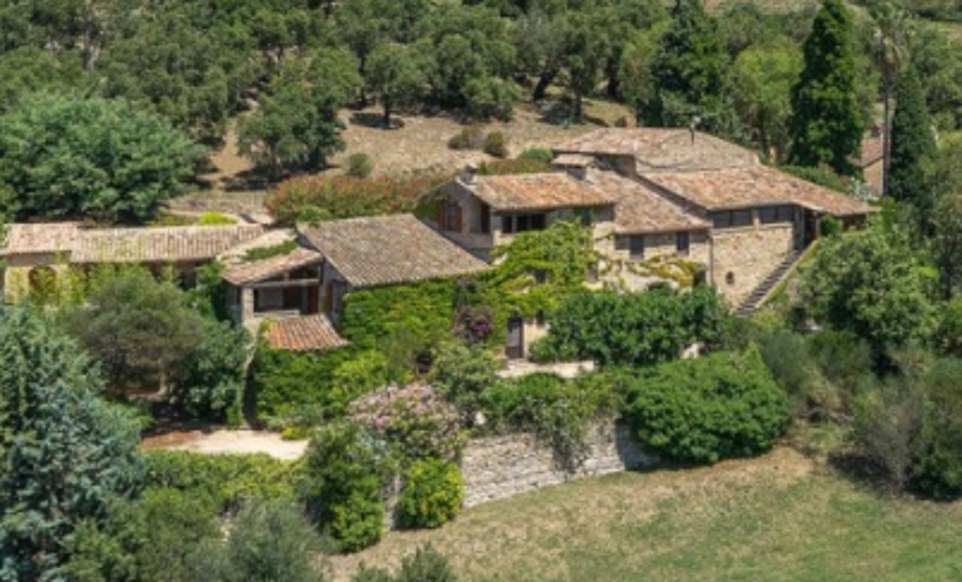 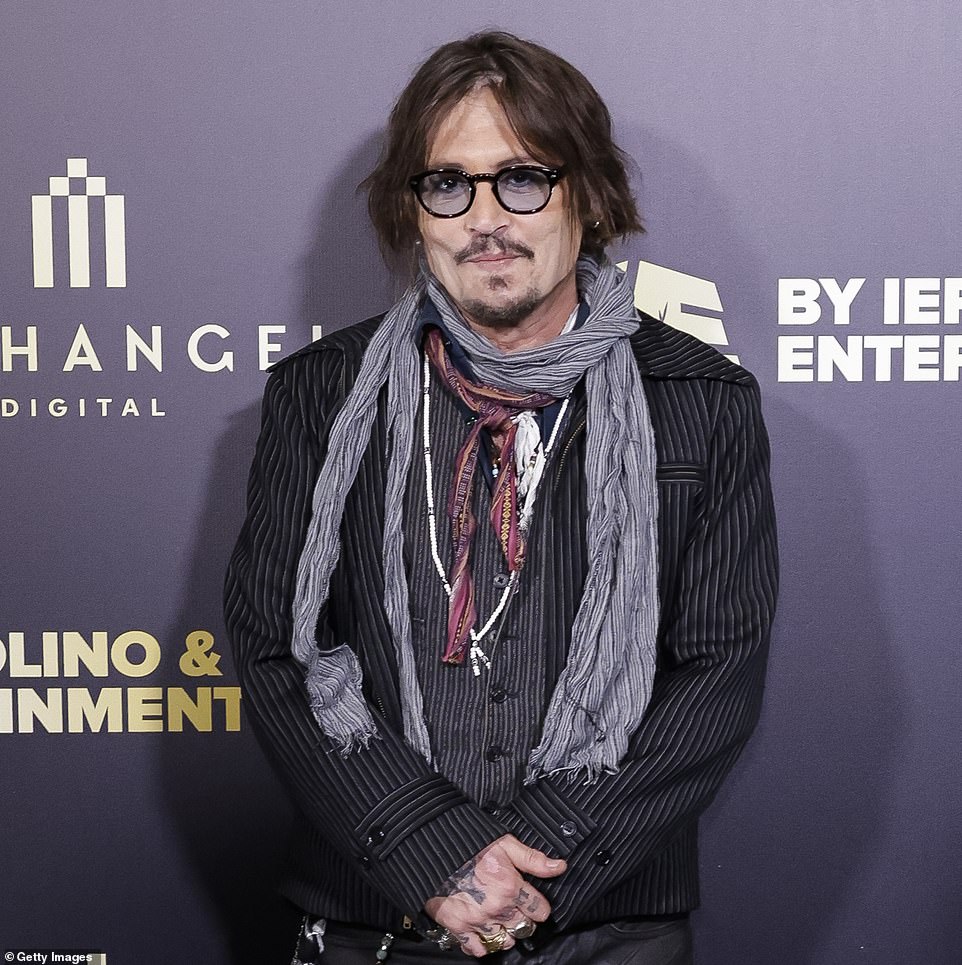 Johnny Depp, 58, is notorious for his chaotic money management.

Around that time he listed his estate in the South of France for a reported £46million. It is an entire village, with a bistro, wine cave, skate park and several houses.

There are 15 bedrooms and 14 bathrooms in the main residence. It has since been listed for £40million, a 13 per cent drop, but seems to be off the market. 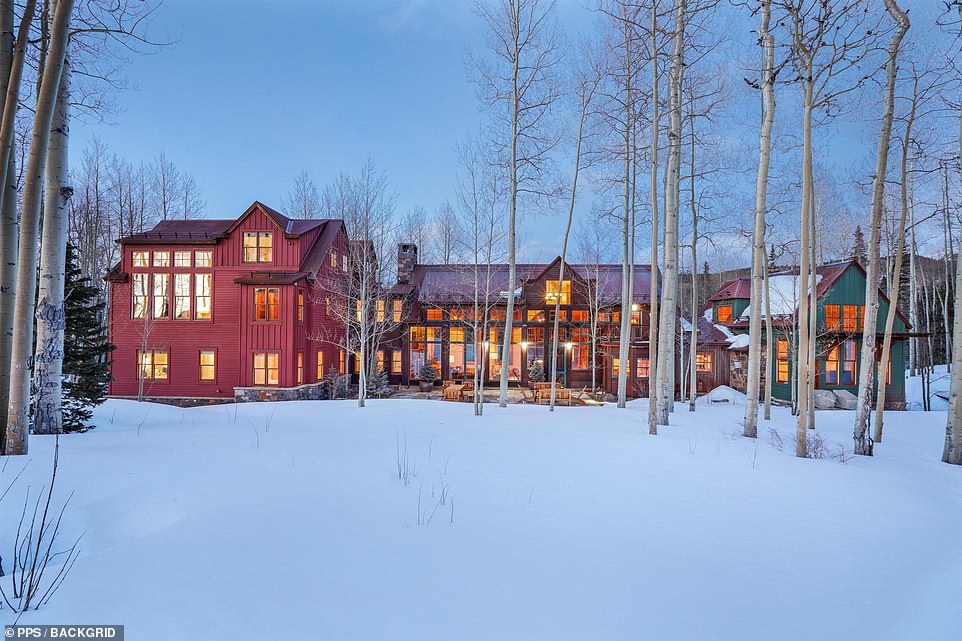 The 12,300 square ft ranch-style property sits on 27-acres and has 11 bedrooms, 11 full bathrooms, and two half bathrooms 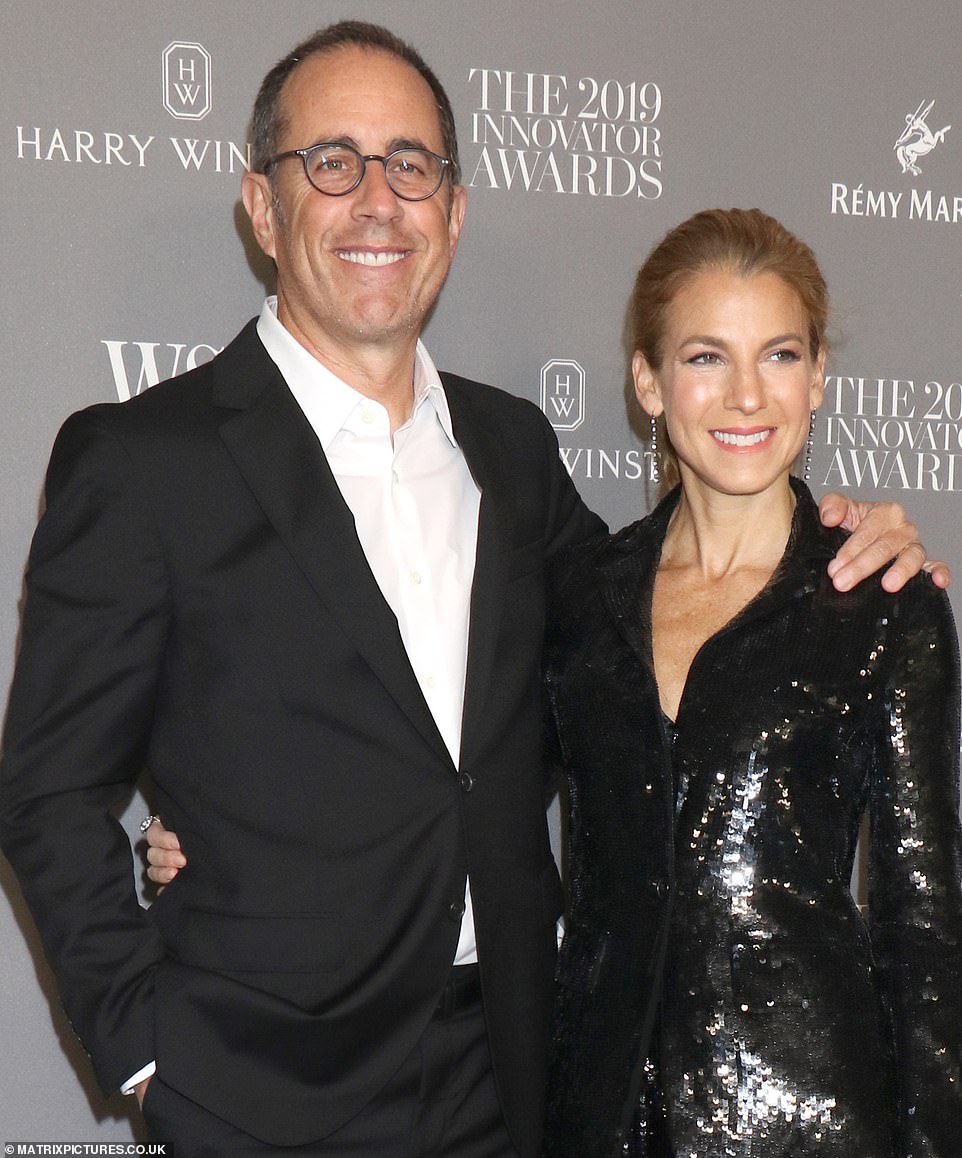 A ritzy ski retreat in Telluride in Colorado — where Hollywood comes to enjoy the snow — the 11-bedroom home of comedian Jerry Seinfeld, 67, is on the market for £11million, a 19 per cent discount.

It was initially put on in 2011 for £13.6million. There were no takers at that price at that time but, possibly encouraged by actor Tom Cruise listing — and selling — his house nearby at the asking price of £29million last year, Seinfeld and wife Jessica are trying again, at a discount.

The home has 27 acres of land and a double height ‘Great Room’ with breathtaking mountain views. 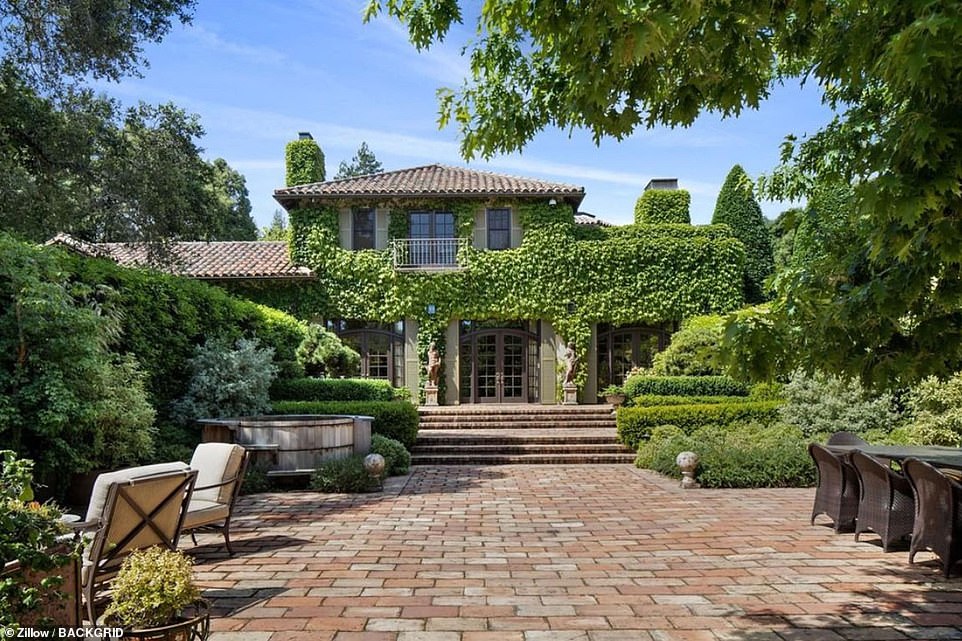 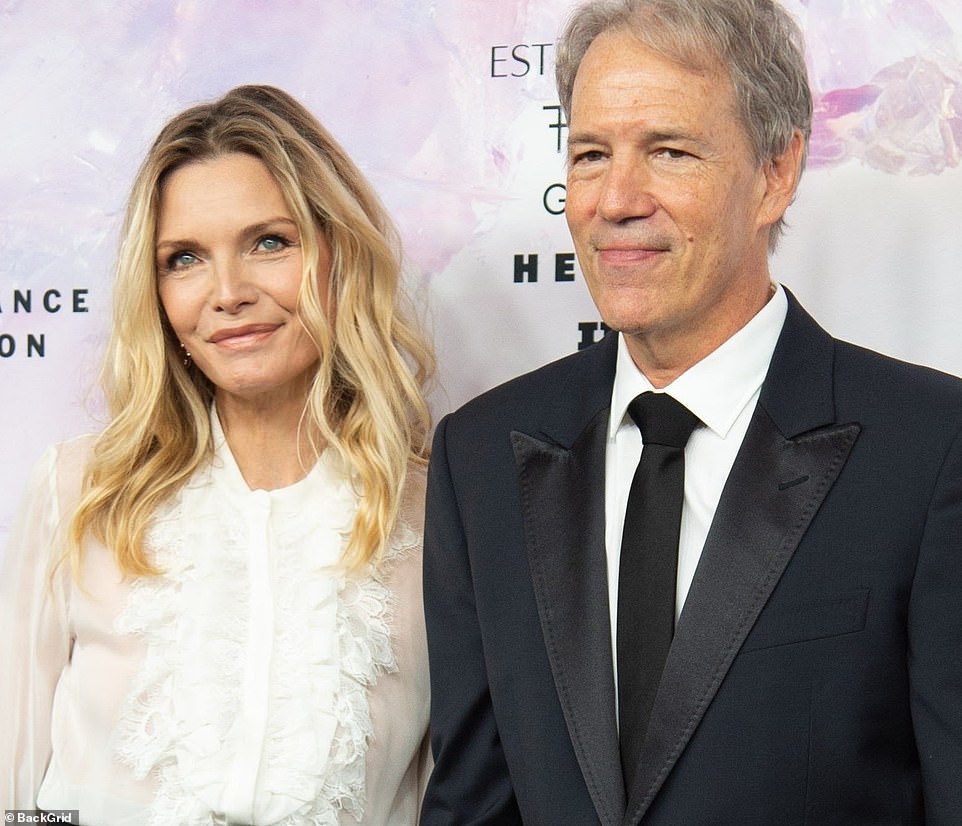 The ivy-covered house was first put on the market in 2018 for £21.5million before eventually selling for £16million, a 25 per cent drop. 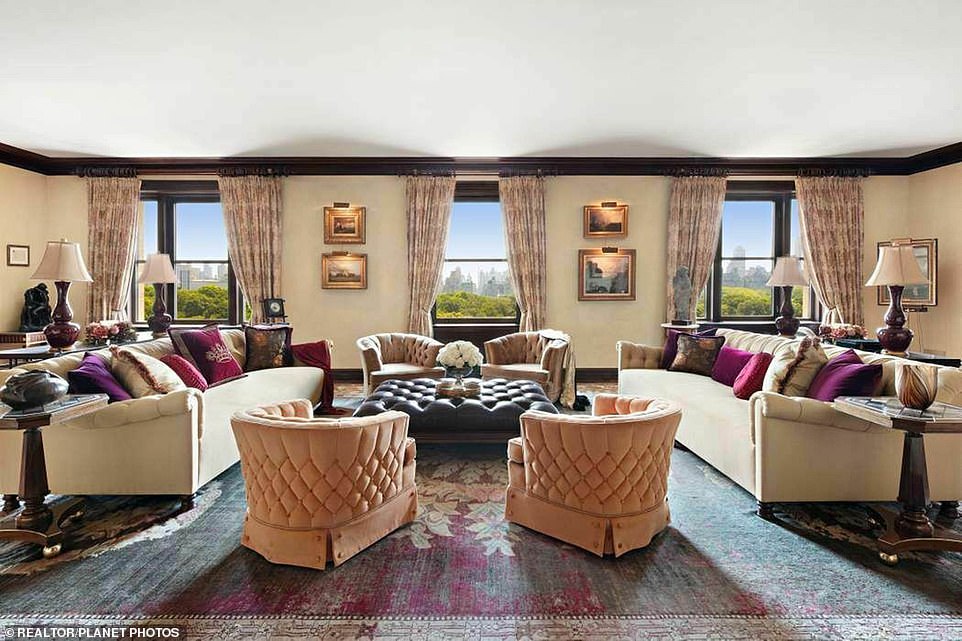 Michael Douglas and Catherine Zeta-Jones are still looking to sell their apartment in Upper West Side, New York City 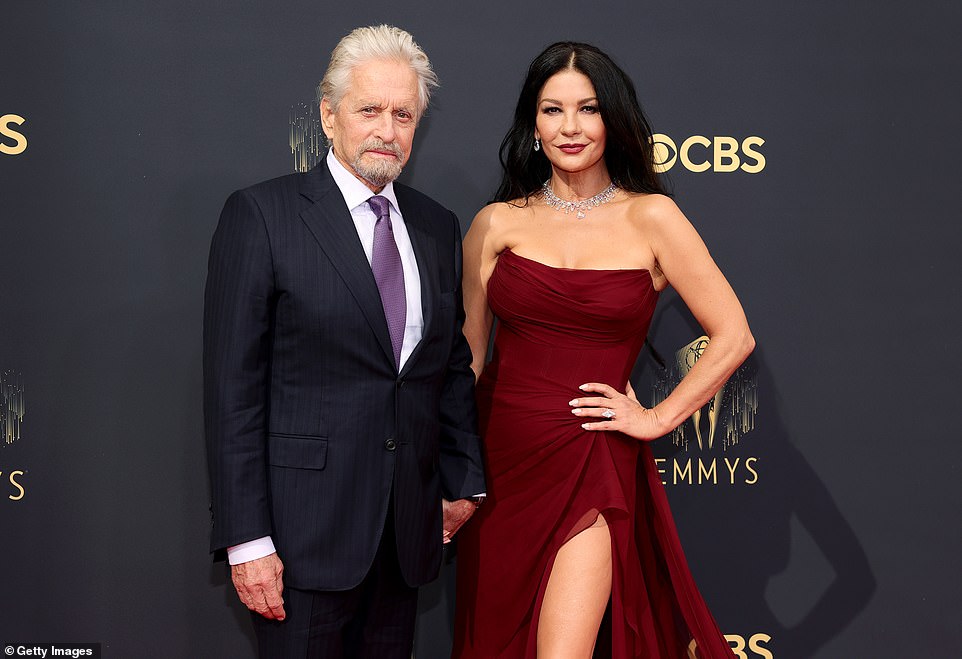 Actor Michael Douglas, 77, and his wife Catherine Zeta-Jones, 52, put their New York apartment on the market for £16million last summer.

That price has since dropped to £14.5million, a 9 per cent reduction. The four-bedroom New York apartment has unobstructed views of Central Park and a wood-panelled library, plus staff quarters.

The couple bought an enormous riverfront house in Westchester County and are now dividing their time between that and the huge mountainside retreat in Mallorca, which Douglas, has finally bought his ex-wife Diandra out of. 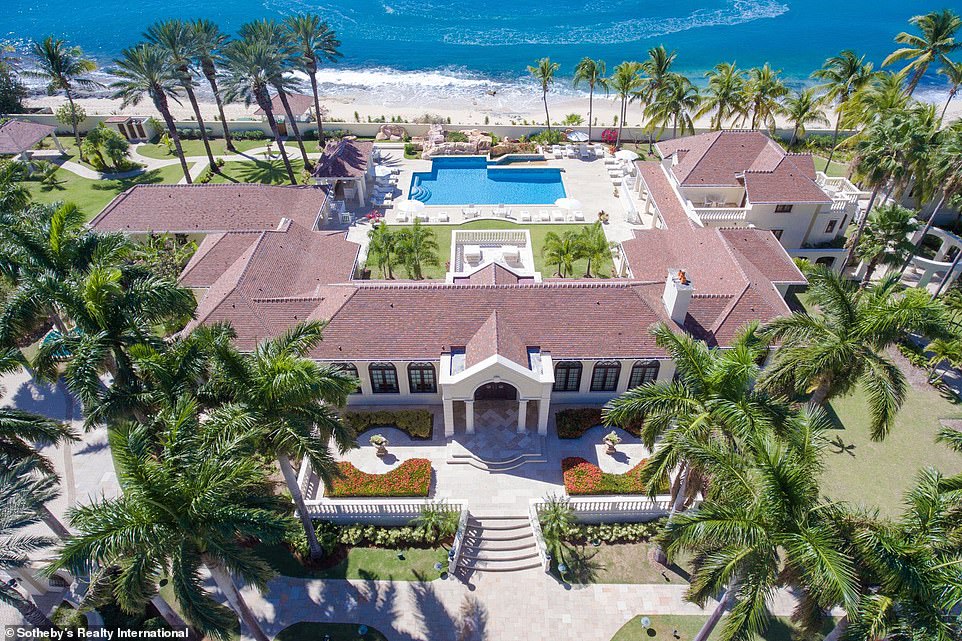 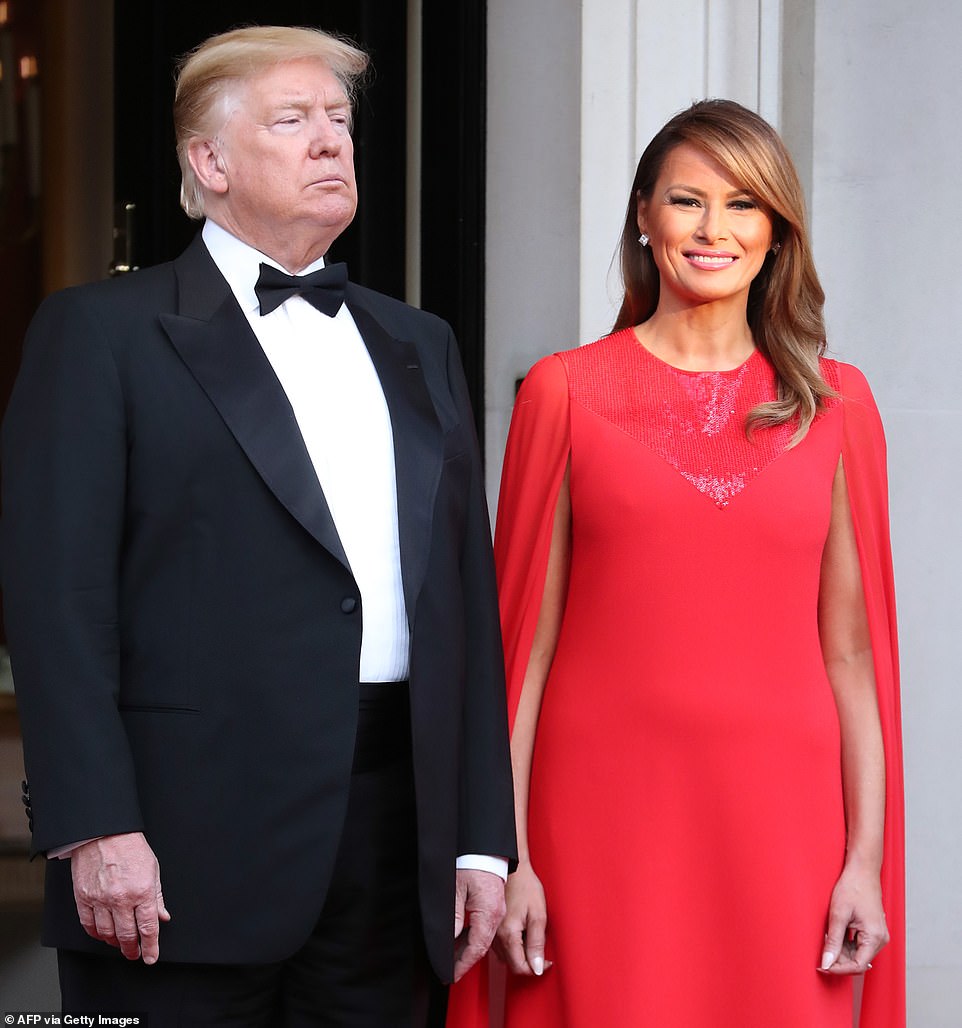 Former U.S. President Donald Trump, 75, bought this huge spread on the idyllic island of St Martin in the French West Indies in 2013.

The master en-suite boasts a Jacuzzi. It has been up for sale for the past four years. Trump has an enormous property empire and is mostly at Mar-a-Lago in Palm Beach, Florida.

The price started at £20.7million and has now fallen to £12.5million, a drop of 40 per cent. It is also available to rent for £37,500 a week, including a concierge, chef, laundress and gardeners.

PS: No discounts for PIERCE BROSNAN 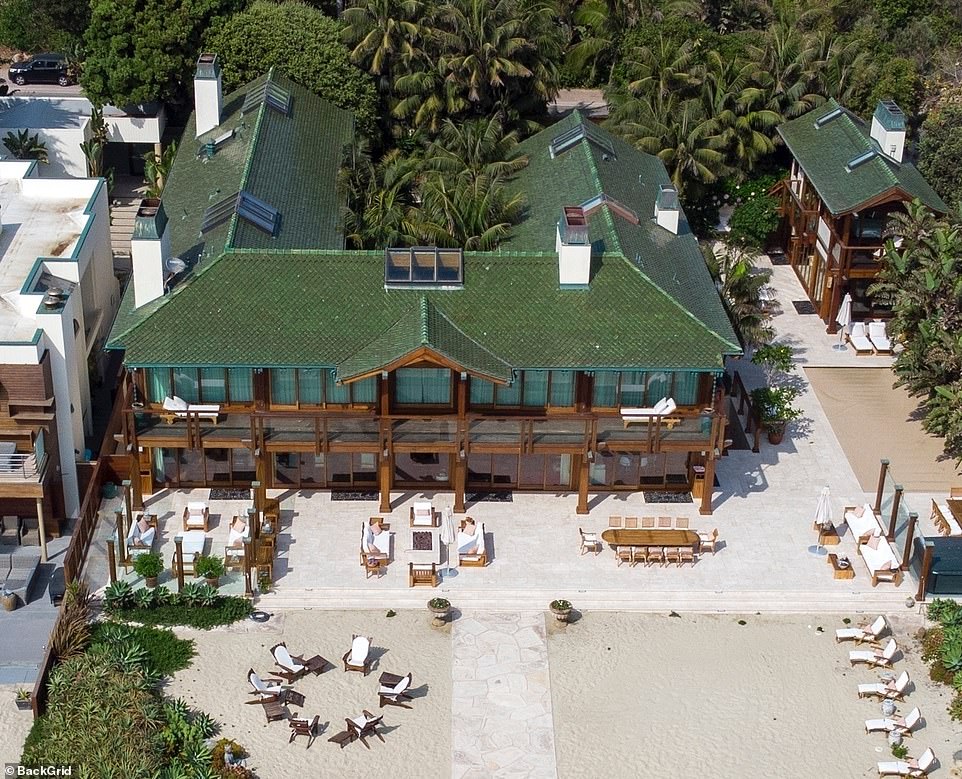 Pierce Brosnan pulled his $100 million Malibu estate off the market 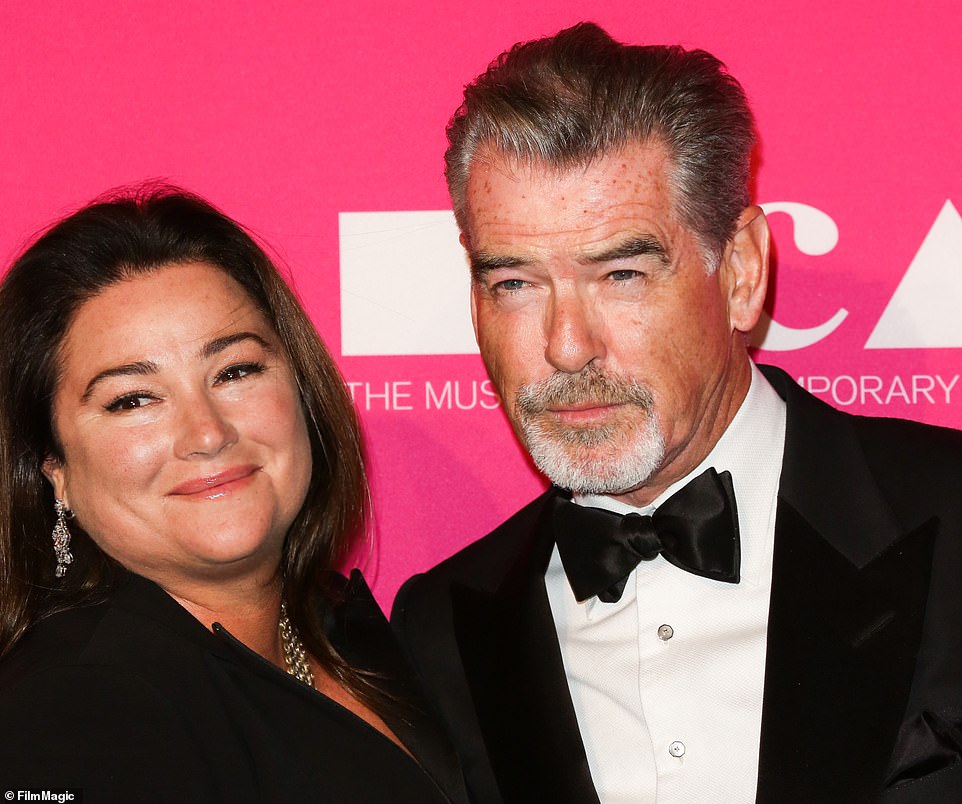 He has been toying with the idea of selling it for five years, having bought the land in Malibu in 2000 and gone on to build two houses, a gym, music room and spa.

After he finally took the plunge, it spent more than a year on the market for £74million.

However, last summer it was yanked back off having failed to sell. Brosnan and his family live full-time in Hawaii