Shortly after U.K. Prime Minister Boris Johnson announced his resignation amid multiple scandals on Thursday, July 7, Hugh Grant played DJ, sort of, for the protesters and newscasters covering the resignation outside Parliament. Tweeting at Steve Bray, whose Twitter handle includes “activist against Brexit + Tories,” the British star asked to hear the theme song from Benny Hill’s classic slapstick comedy show outside Parliament, writing, “@snb19692 Glad you have your speakers back. Do you by any chance have the Benny Hill music to hand?” Steve saw the tweet and followed through on Hugh’s request for the tune, “Yakety Sax.” “Just for @HackedOffHugh as requested here today at the media circus … College Green. The Benny Hill theme tune,” Steve tweeted. Soon, other users started posting news broadcasts that showed journalists trying to report on the P.M.’s impending exit … to the soundtrack of one of the U.K.’s most famously bawdy sketch shows, as people danced and laughed in the background. “INCREDIBLE SCENES THE BENNY HILL THEME TUNE” IS BEING BLASTED OUT ON SKY NEWS,” one user wrote alongside a clip of Sky News being drowned out by the goofy circus-romp theme song. Johnson’s announcement comes amid repeated calls for his ouster, including from high-ranking members of his party, amid revelations the Prime Minister hosted more than a dozen parties in Downing Street, ignoring his own COVID-19 lockdown rules. Other recent Johnson scandals have included his promotion of Conservative MP Chris Pincher despite having been warned the MP was accused of groping men at London’s Carlton Club, according to People. Johnson had already faced popularity issues over Brexit and more. Hugh’s musical choice, however, clearly entertained Twitter. As one user told the star and his activist pal, “You men created art this day.”

RELATED: See why Hugh Grant and more stars been banned from talk shows

Kim Kardashian insists she’s never used facial fillers, eyelash extensions or eyebrow extensions. In fact, she says she even takes it easy on Botox. Pressed on these and other beauty topics for a new interview with Allure, Kim did not back down. Asked, “What do you have in your face right now?” she replied, “A little bit of Botox. But I’ve chilled, actually.” The interviewer went on to ask twice about filler in her lips and cheeks. “No filler. Never filled either one, ever,” Kim said. More questions followed. “No. I’ve never had eyelash extensions. I’ve never done anything. I have a drop of mascara on today. I’ve never filled my cheeks. I’ve never filled my lips,” Kim replied. “Yeah, my eyebrows are real.” What she did admit to is, well, her vanity. “I care. I really, genuinely care about looking good,” she explained. “I probably care more than 90 percent of the people on this planet. It’s not easy when you’re a mom and you’re exhausted at the end of the day or you’re in school, and I’m all of the above. I do my beauty treatments usually late at night. After everyone’s in bed, I’m doing laser treatments.” She added that she’s mellowed when it comes to how much those things matter, though, telling the outlet: “I’m at peace with not being perfect and I wasn’t like that before. I hate my hands — they’re wrinkly and gross. But I’ve lived life and I’ve changed so many diapers with these hands and I’ve snuggled my babies with these hands, so I’m OK with them.” Kim also said she “would still do anything to look and feel youthful,” but with one caveat. “There does come a point when you’ve taken it too far — overfilled, too tight, too much cosmetic work,” she explained. “There’s nothing worse.”

RELATED: How the Kardashian-Jenner family’s looks have changed

In a recent teaser for her upcoming studio album, “Renaissance,” Beyonce wrote on Instagram, “my intention [with the album] was to create a safe space” through the music. This week, The Sun reported Bey’s “safe space” mentality extended beyond the actual recordings to influence how she hired collaborators for the project. According to the British tab, the singer “is vetting everyone involved” in the album to ensure they have no secret, “#MeToo”-esque abuse allegations in their pasts. “Beyonce was devastated when she found out Detail, one of her past collaborators was accused of rape and sexual assault,” a source reportedly told the outlet of Bey’s “Drunk In Love” co-writer. “Two songs from high-profile artists have been rejected because of alleg­ations they are facing,” the person added. “Although neither has been found guilty, she’s sending a clear message to the industry in the wake of troubling cases from people like R. Kelly and Harvey Weinstein.” (Detail has denied the allegations.) Dazed.com, however, points out Beyonce’s first single off the album, “Break My Soul,” was written with help from The-Dream, who was arrested in 2013 and 2014 for allegedly attacking his on-off girlfriend. She was pregnant at the time of the second alleged assault. After his 2013 arrest, she declined to press charges, according to reports cited by Wikipedia. He was eventually cleared of the charges stemming from the 2014 arrest, which included “felony assault and strangulation.” “Renaissance” is out July 29.

The ghost of Khloe Kardashian’s red-carpet past is haunting her once again … this time, on Reddit. On the Fourth of July, a user resurfaced a photo from October 2003 that showed the then-19-year-old star dressed in a baggy suit, top hat, gold chains including one with a dollar sign on the bottom, and a cane. In the photo, she’s holding four leashes, each of which is attached to the neck of a Black woman — Khloe’s friends, Meagan and La’Myia Good and Malika and Khadijah Haqq, according to The Independent — dressed in frilly white lingerie. Appearing on the Reddit subpage KUWTKsnark, the thread was titled, “Let’s never forget this happened.” And commenters made it clear they had not. “Can someone fill me in on this mess? Khloe, dressed…as a pimp?” one user asked. “This picture comes up so often and I’m shook every single time. The fact that EVERYONE thought this was a good idea is wild,” wrote another. “Seriously every time I see this pic I’m like, who thought this was a good idea?!!! Just whyyyy,” asked a third. Meagan, for her part, responded to the backlash when it surfaced in 2019, writing on Instagram that the costume amounted to “That one time on Halloween when you were young and dumb…and clearly didn’t think 15 years ahead lol smh.” She added, “Welp, mistakes were made.” The photo also popped back up on social media in January 2022, after someone resurfaced an old “Keeping Up With the Kardashians” clip in which Khloe allegedly used the “N”-word after saying (in much less PG terms) that she only likes Black men. If Khloe, now 38, has apologized, the statement appears not to have been made public.

Former “Cheer” star Jerry Harris — whose positive attitude and “mat talk” made him a fan favorite on Netflix’s cheerleading docuseries — was sentenced this week to 12 years in prison followed by eight years of court-supervised release for child sex crimes. The federal judge overseeing the case told Jerry on July 6 that the sentence reflects, “the seriousness of your crimes, tempered with some hope that all is not lost for you or for your victims, and that in the future some healing can occur,” NPR reported. Jerry, 22, previously pleaded guilty to “receiving child pornography and traveling with the intention to engage in illegal sexual conduct,” according to the outlet. He was accused of repeatedly asking teenage boysfor inappropriate photos and video of themselves. In a statement to his victims prior to his sentencing, Jerry said: “I am deeply sorry for all the trauma my abuse has caused you. I pray deep down that your suffering comes to an end. I’m not an evil person. I’m still learning who I am and what my purpose is.” 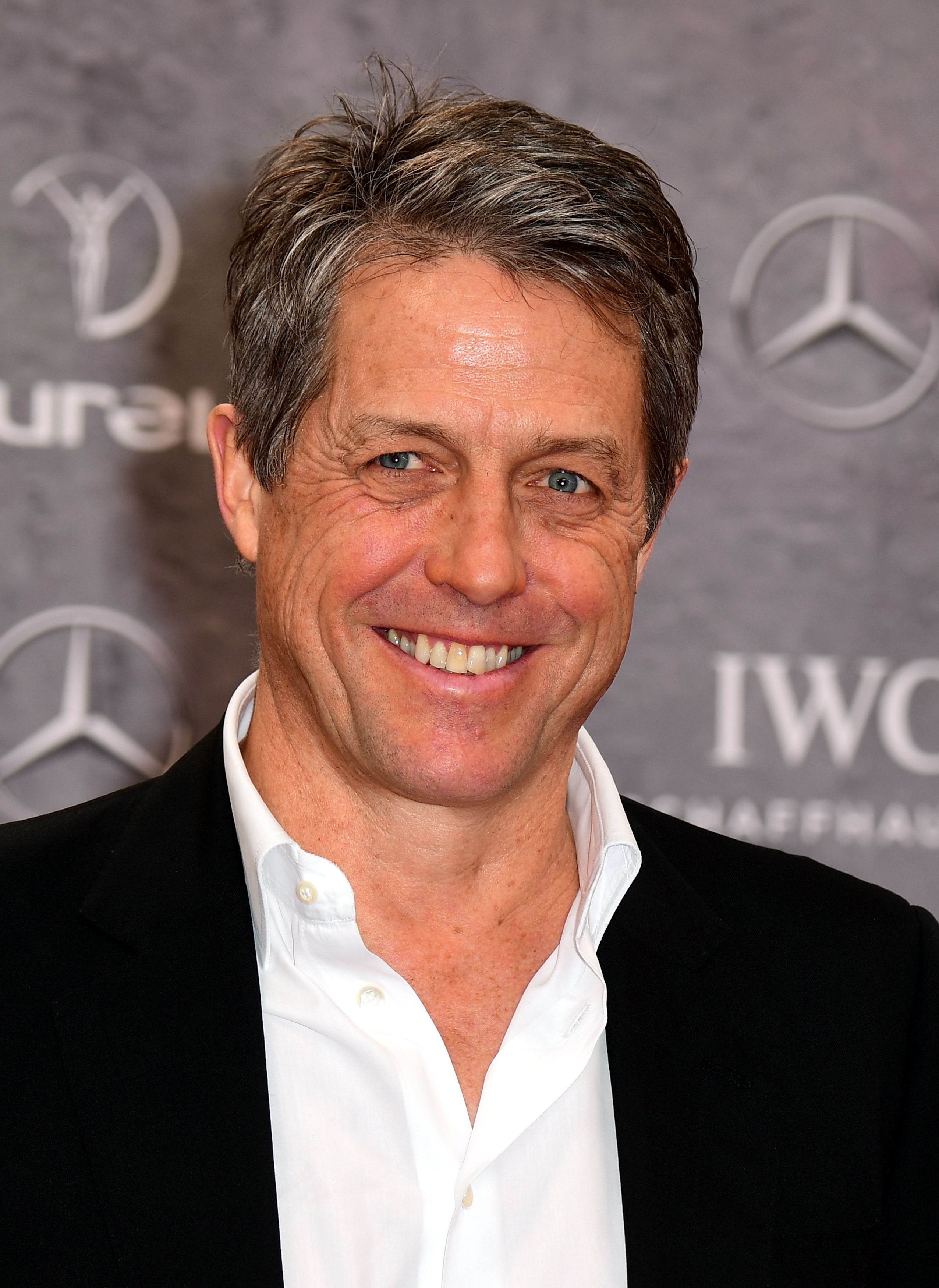 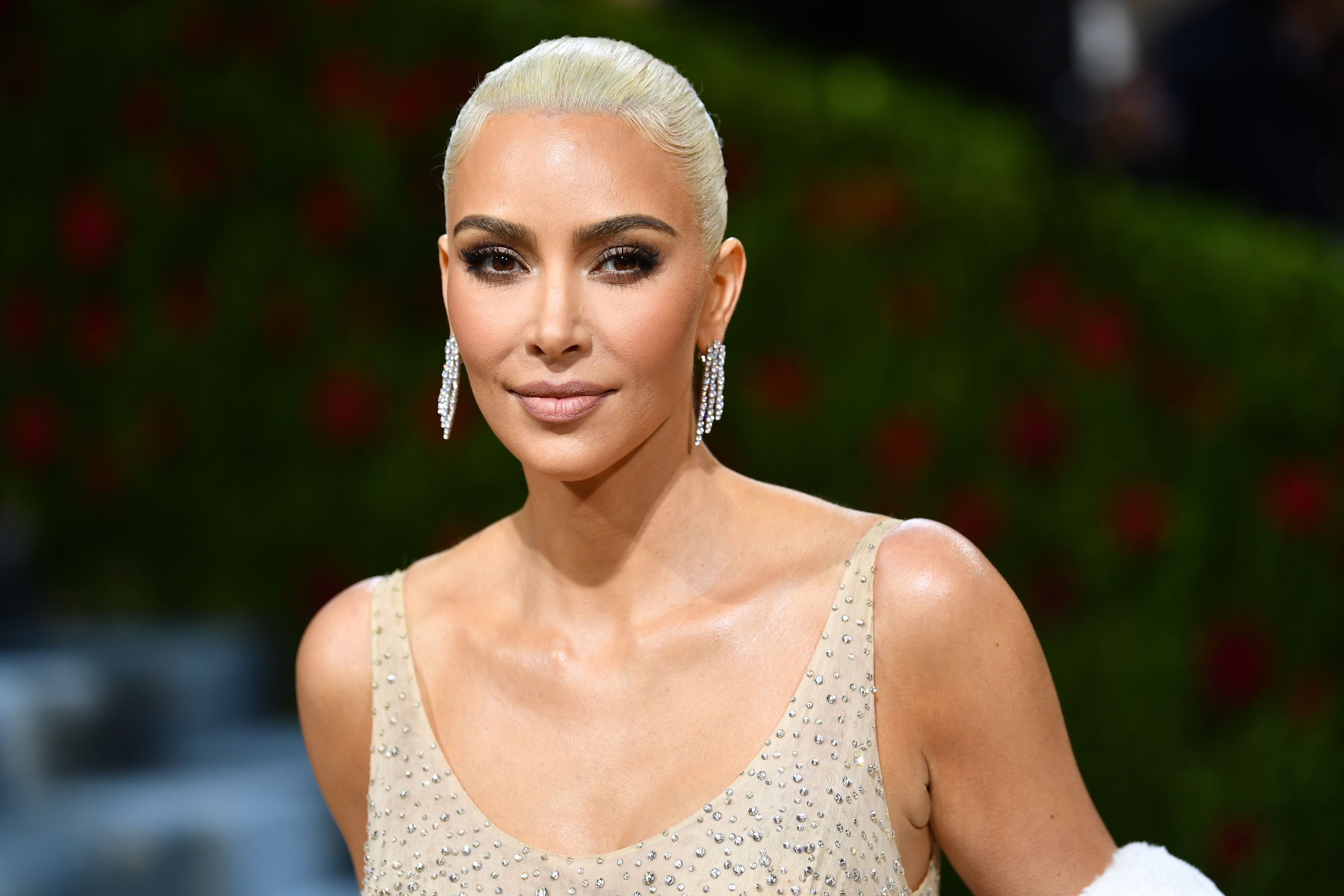 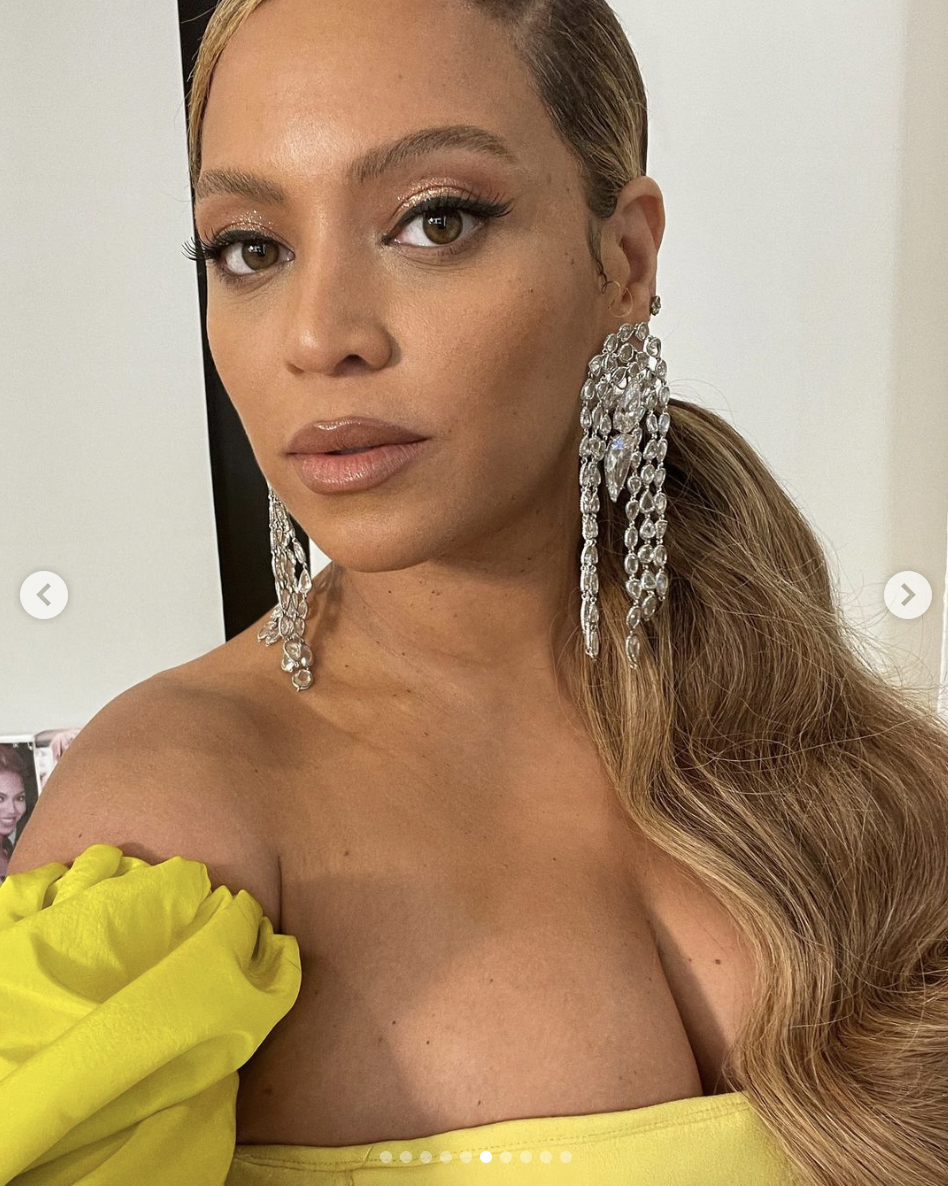 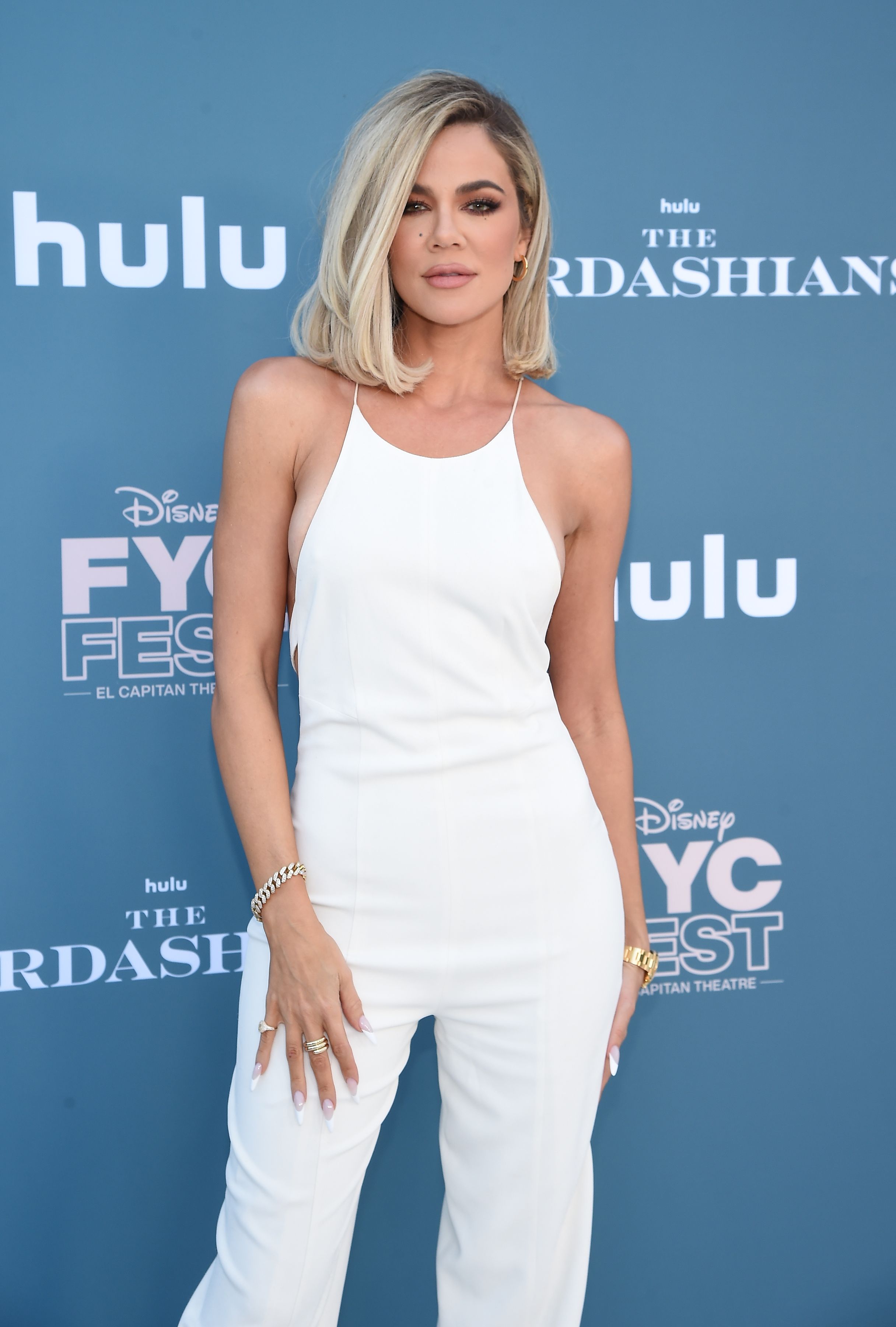 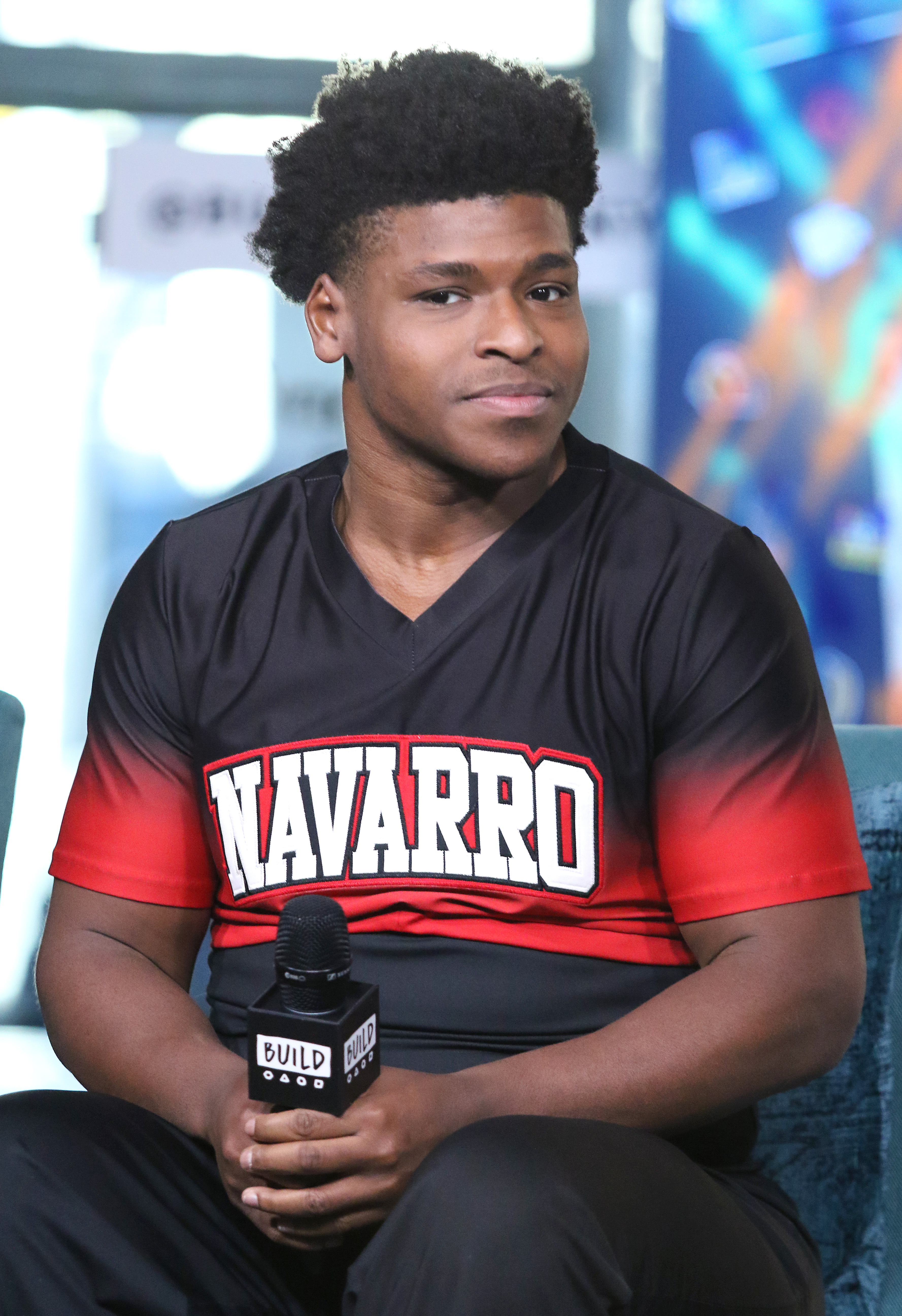 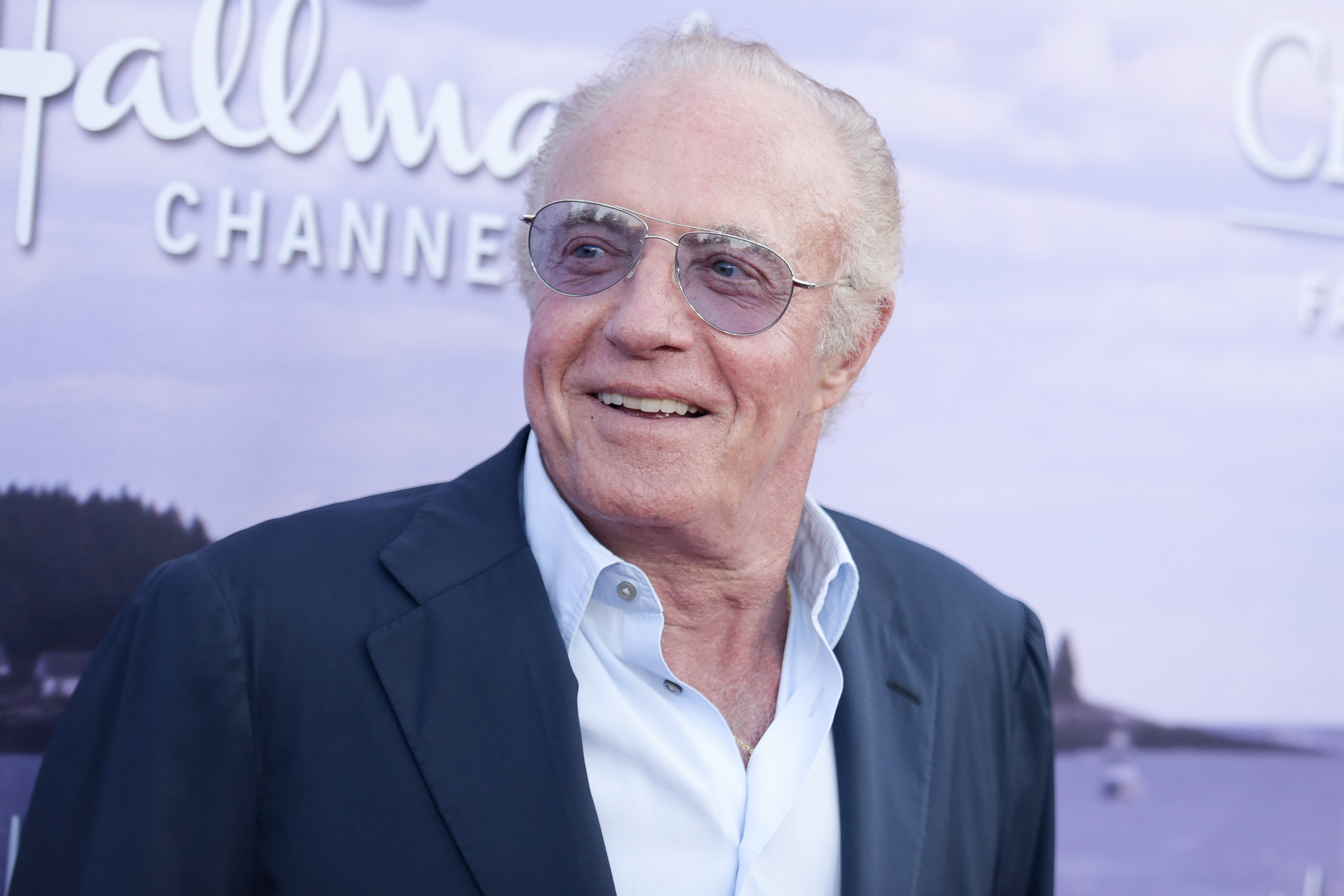