If any story proved stars really are like us, it’s this one!

17-year-old Dayanna Rodas went viral on TikTok after revealing she turned Adam Sandler away at an IHOP — accidentally. The hostess hopped on a popular trend using a filter that makes the user look like a clown, describing the embarrassing moment. In text over the video, she wrote:

“Not realizing it’s Adam Sandler and telling him it’s a 30 minute wait and him leaving because he’s not going to wait 30 minutes for IHOP.”

Dayanna also added security camera footage of herself talking to the Uncut Gems star before he decided to dip. (You can watch the video HERE.) She captioned her TikTok, “Pleaseee come back.” 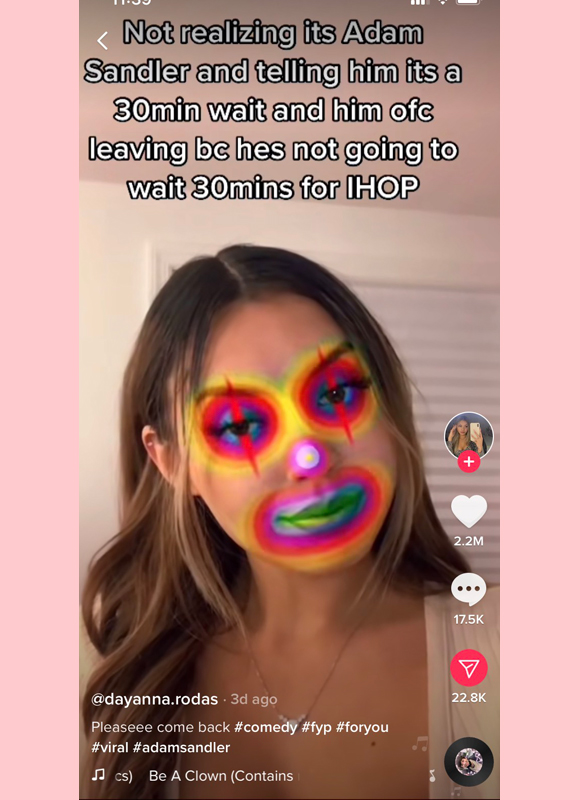 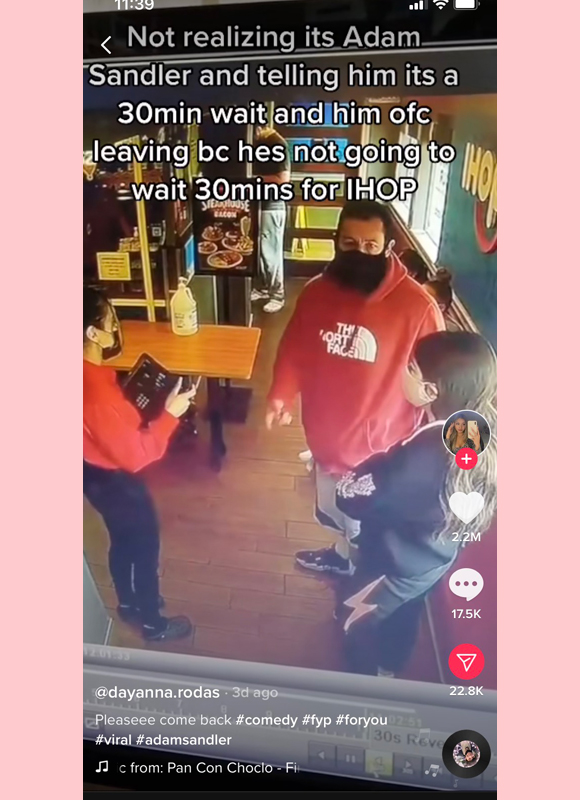 “Everyone’s asking how I didn’t recognize him, it’s because he had a big beard. I’ve never seen Adam Sandler with a beard, and the mask didn’t help.”

So how did she even figure out she’d turned away a celeb? The teen told the New York Post:

“It wasn’t until a customer walked in about 15 minutes later saying, ‘Adam Sandler was outside,’ when I realized I spoke to Adam Sandler!”

That’s a big oops! But good for the Sandman not pulling a “Do you know who I am?” on the poor girl and demanding to be seated. Hopefully he had better luck at Denny’s. LOLz! 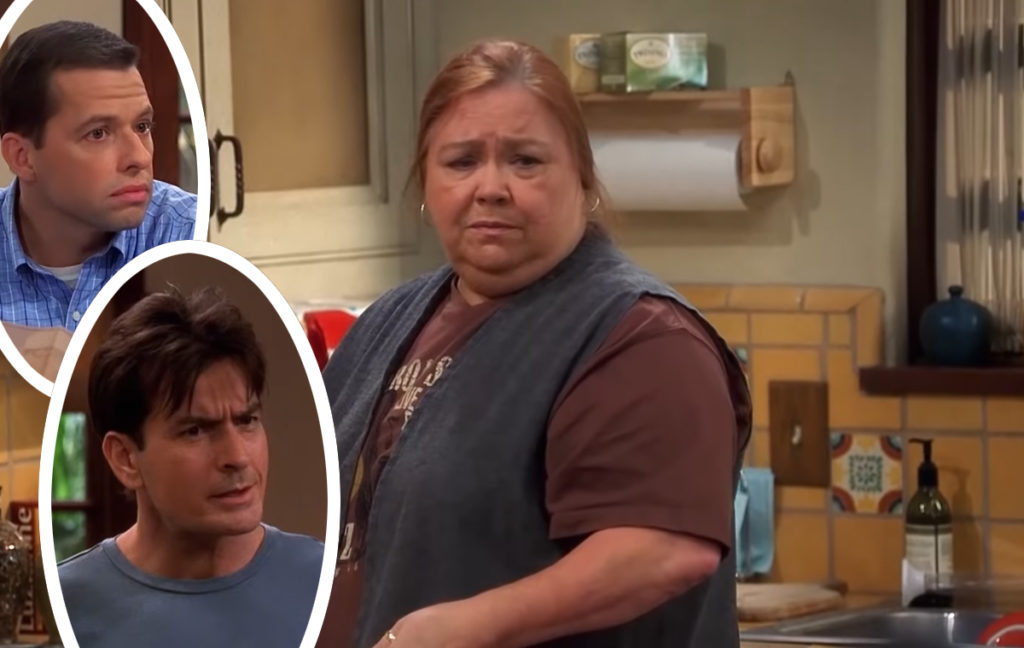 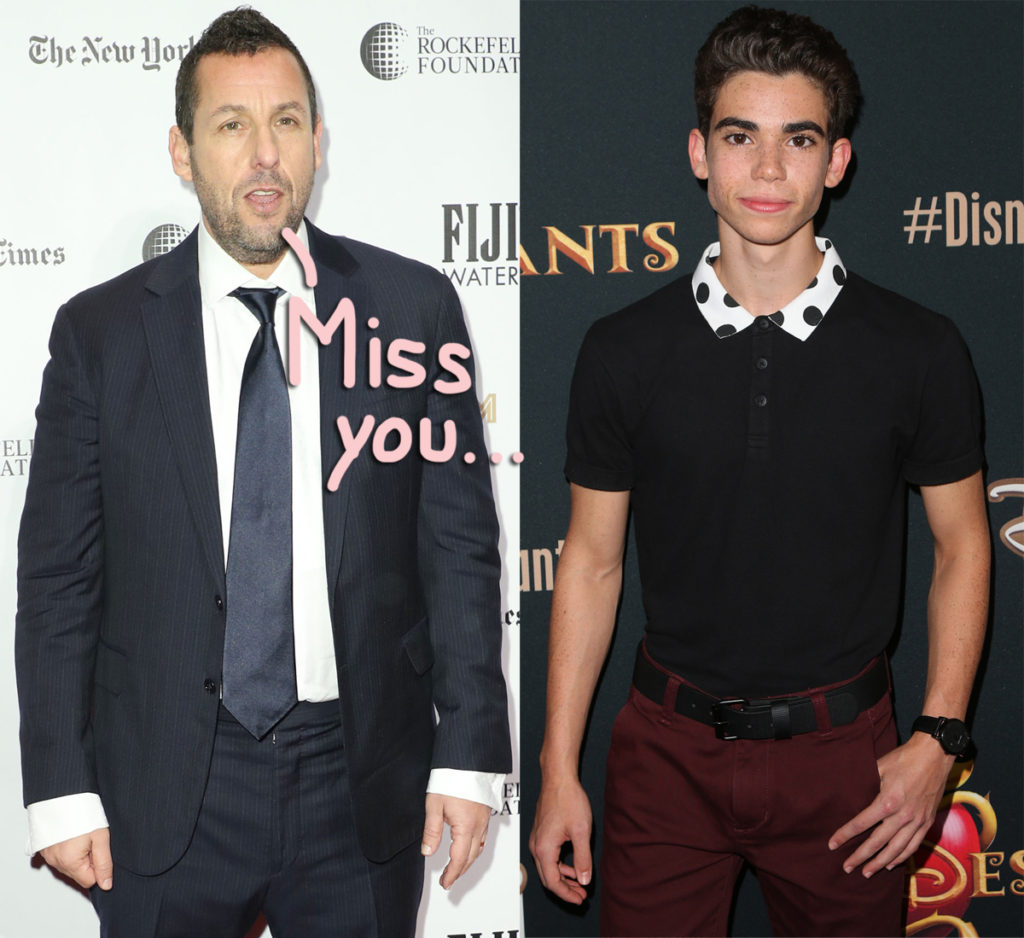 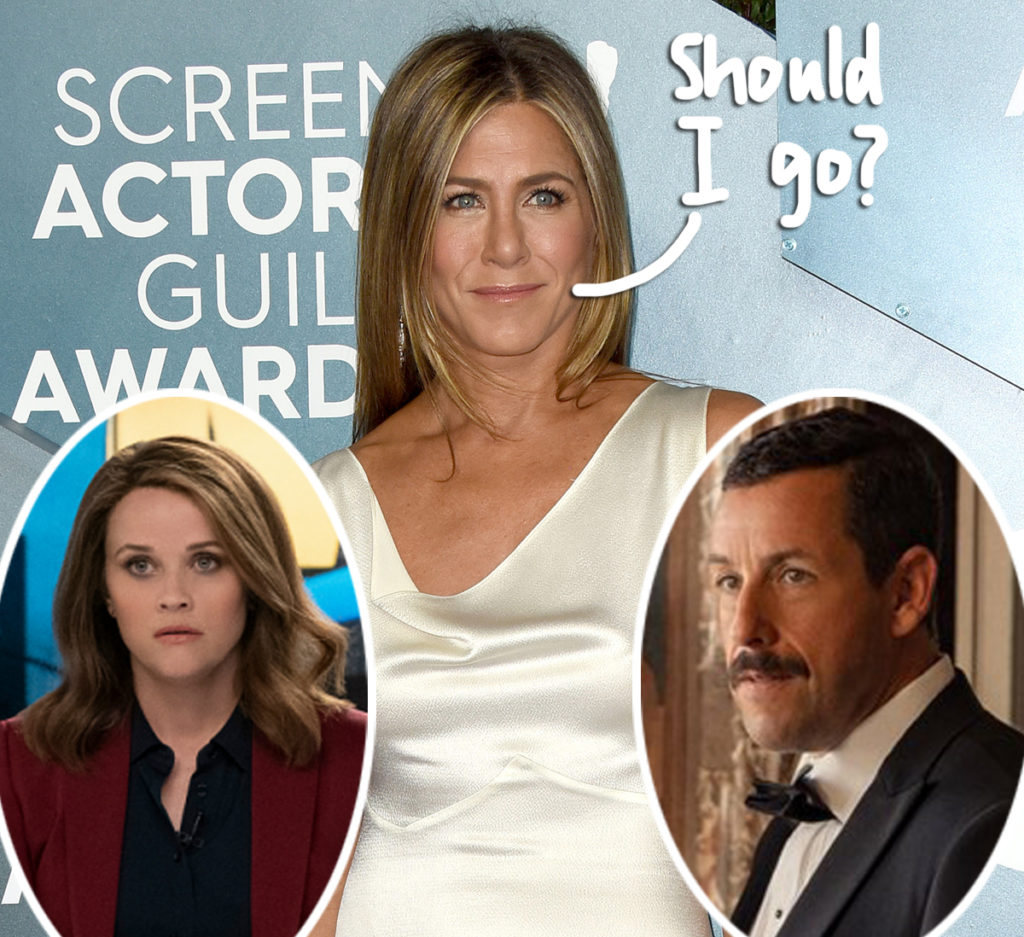 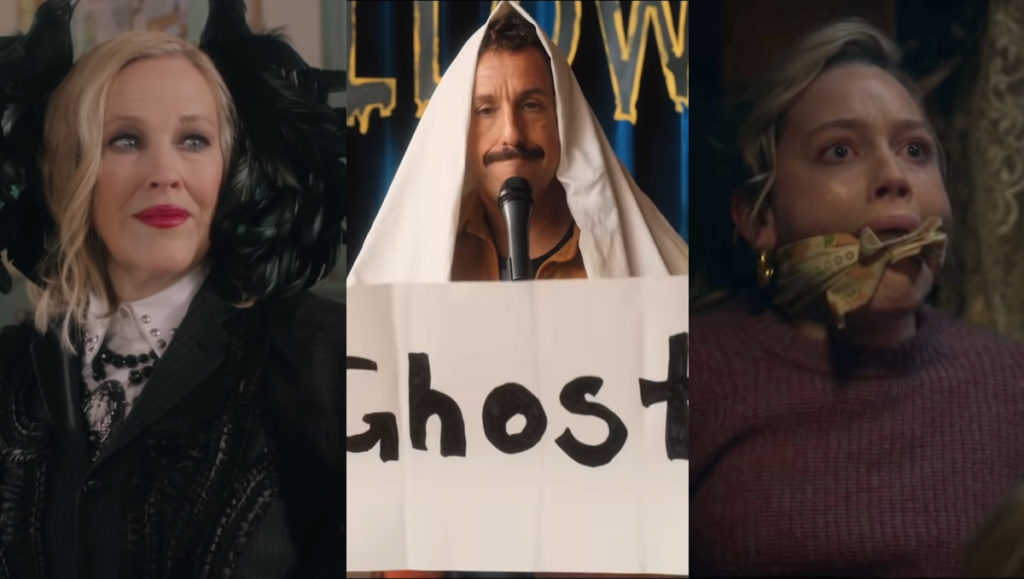