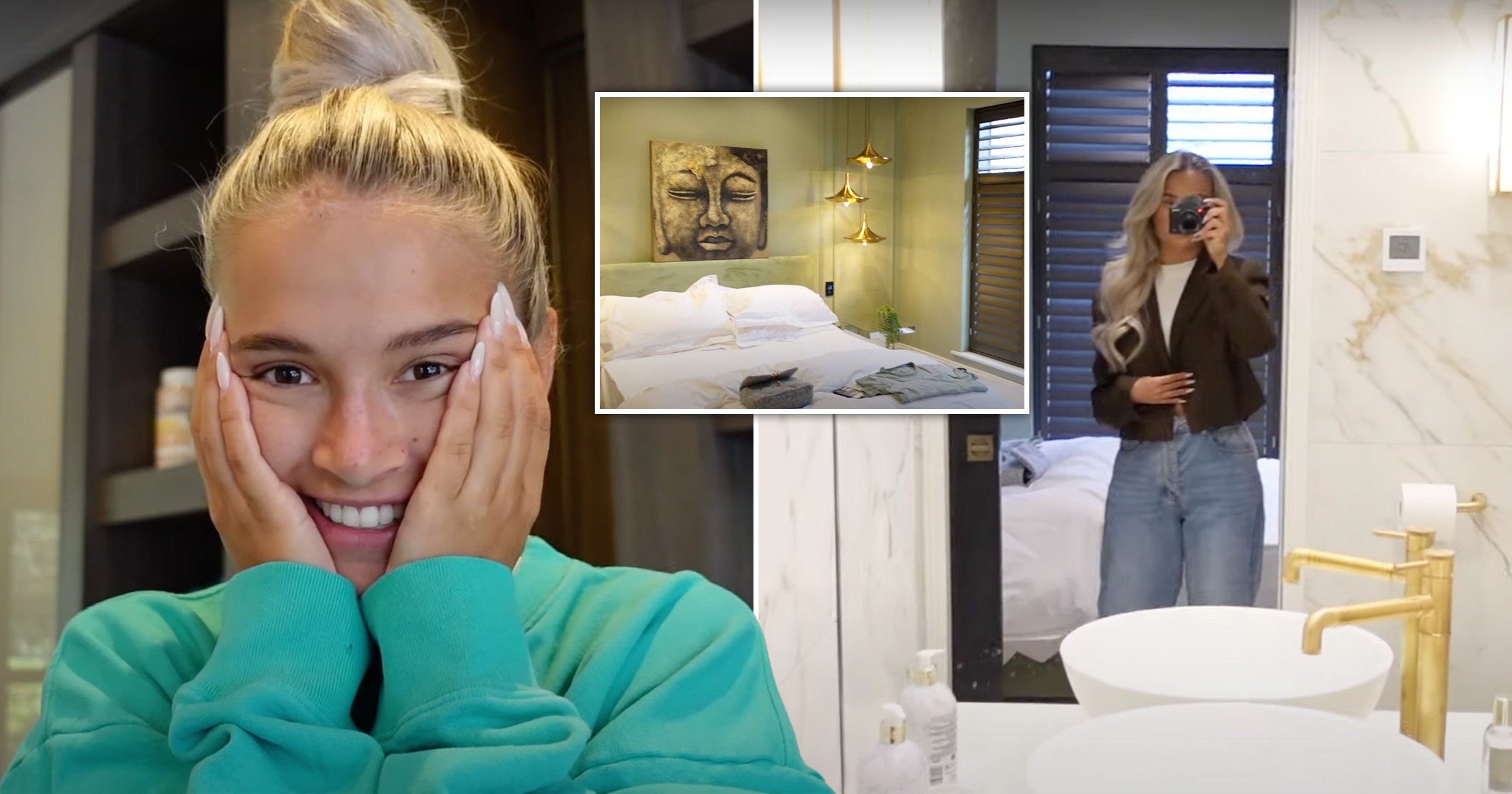 Molly-Mae Hague and boyfriend Tommy Fury have finally secured a house after three years of searching, and it looks dreamy.

The Love Island stars, both 22, have decided to share their moving journey online after previously admitting to amping up their security and becoming more private after an £800k burglary at their Manchester apartment.

Molly uploaded a vlog to her YouTube channel to give fans all the deets on the new property and we’re trying very hard not to be jealous right now.

The PrettyLittleThing creative director said their house is ready to move in to so they won’t be renovating, but they are planning on making some ‘tweaks.’

Molly revealed that they will be building a home gym and knocking down walls to create en suites.

Her and Tommy may have the keys, but they’re not moving in straight away since it will be ‘too messy’ while work is being done downstairs and in the bedrooms, so they’ll be living between the mansion and their rented apartment until May.

After revealing she doesn’t want to ‘let the past control the future,’ Molly decided to give her viewers a sneak preview of her first home with the boxer.

The Filter CEO is ‘working with an interior designer’ to shape her dream home ‘completely from scratch,’ buying all new furniture and making the place their own.

Taking her vlog camera inside the property, she offered a glimpse of a spare bedroom that is about to be transformed into her personal dressing room.

The beautiful lime green room comes with gold light fixtures, which the couple will be keeping, plus a marble en suite, which Molly teased will not be staying but changed ‘quite dramatically.’

She will also be creating a separate filming room on the top floor to store her camera equipment, and emulating the green panelling of the current spare bedroom in another room after forming such a strong ‘connection’ with it.

The reality star didn’t give anything else away in her video, as it was filmed before they were given the keys.

She also shared a selfie on the page – which is fast approaching one million followers – taken in a walk-in-wardrobe on the day she ‘knew it was the one.’

The influencer has promised plenty more moving vlogs and home content as the pair embark on the journey to creating their perfect home, so we can’t wait to see what she does with the place.

Molly also assured fans that she will be introducing them to her two adorable cats – who have appeared in the background of several YouTube videos – once they are settled in the new property.

The couple’s move comes after they rented an apartment while feeling unsafe in their Manchester pad since it was burgled, hence why they have not revealed the location of their new crib.

A gang broke in and made off with £800k worth of designer goods while the pair were at a party in London, leading them to hire extra security.