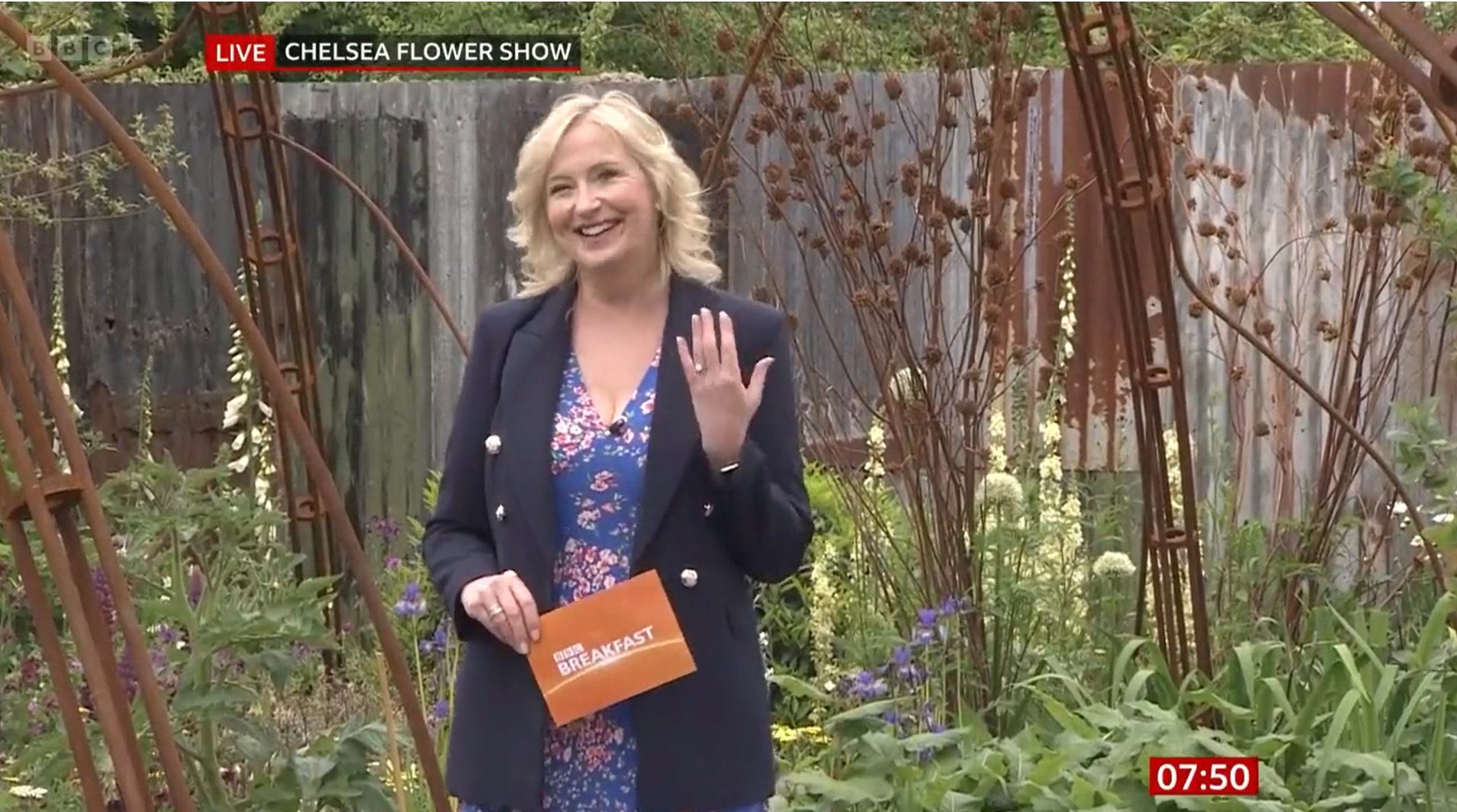 However, she left us all intrigued by keeping mum on the identity of her new fiancé.

The TV star was presenting live from the Chelsea Flower Show while noticeably sporting a new ring on her left hand, prompting her colleagues Sally Nugent and Jon Kay to probe her on the jewellery.

‘I’m a bit concerned about how you’re standing up with a giant rock on that left hand,’ Sally joked.

‘Thank you, Sal! It is rather nice,’ Carol said before blurting out: ‘I got engaged!’

Although Carol went into detail surrounding the proposal (over a picnic), she did not reveal the name or any details of her partner.

Now photos have emerged that could answer that question, taken in July last year.

In the pictures, Carol is seen holding hands with a tall grey-haired man in shorts, T-shirt and a facemask as they exit a supermarket together.

The pair were then seen smiling in a grey car together as they left.

A source has claimed that this gentleman is Carol’s mystery fiancé, with the pair known to have been in a relationship since around 2016.

‘They’ve been an item for quite a while and are still together,’ the insider told MailOnline. ‘He spends a lot of time at Carol’s lovely home by the River Thames.’

‘They looked very much in love even though they were only shopping in a supermarket and made a lovely couple,’ the source added.

Carol described her and her fiancé as both ‘thrilled’ at their newly engaged status.

The TV star confirmed she was in a relationship in June 2021, telling Prima magazine that he mystery then boyfriend was ‘very kind and very funny’ as well as ‘extremely handsome’.

She shared: ‘He always makes me a cup of tea before I go to work in the morning, which is very romantic – it’s 2.45am and he often leaves me a little love note for when I come home from work.

‘That, to me, is worth a million red roses.’

Metro.co.uk has contacted a rep for Carol for comment.