It Starts On The Page: Read Billy Ray’s Script For Night 2 Of ‘The Comey Rule’

“Thing about Trump is, he can take a beating but he can’t actually take a punch — meaning if half the country hates him he really doesn’t give a damn, but if one person insults him he never gets past it,” then-Homeland Security Secretary Jeh Johnson tells FBI director James Comey who is headed to brief the president in Night 2 of Showtime’s The Comey Rule.

As with much of the Billy Ray-penned and -directed limited series about Russian interference in the 2016 election and the early months of the former Celebrity Apprentice host’s reign, the short scene between Damon Gupton as Johnson and Jeff Daniels as Comey speaks volumes. Even now, with Trump out of office and Vladimir Putin dealing with President Biden, the lawlessness and narcissism of the past administration from the jump is chilling to watch.

It’s also chilling to read, as you can below in Deadline’s latest installment of Deadline’s It Starts On the Page, a series that highlights the scripts that will serve as the creative backbones of the now-underway TV awards season. The scripts are all being submitted for Emmy consideration this year and have been selected using criteria that includes critical acclaim, a range of networks and platforms, and a mix of established and lesser-known shows.

Based in part on the axed Comey’s 2018 memoir A Higher Loyalty, the Daniels- and Brendan Gleeson-led two-parter debuted on September 27, 2020. The premiere came after corporate drama at ViacomCBS that saw the four-hour Comey Rule pushed into near irrelevance with a post-election airdate. Following public pushback from Ray, that decision was reversed and the early fall dates were scheduled.

The Showtime event series was executive produced by Shane Salerno, Alex Kurtzman, Heather Kadin and the Oscar-nominated Ray. It was produced by CBS Television Studios in association with Home Run Productions, The Story Factory and Secret Hideout. 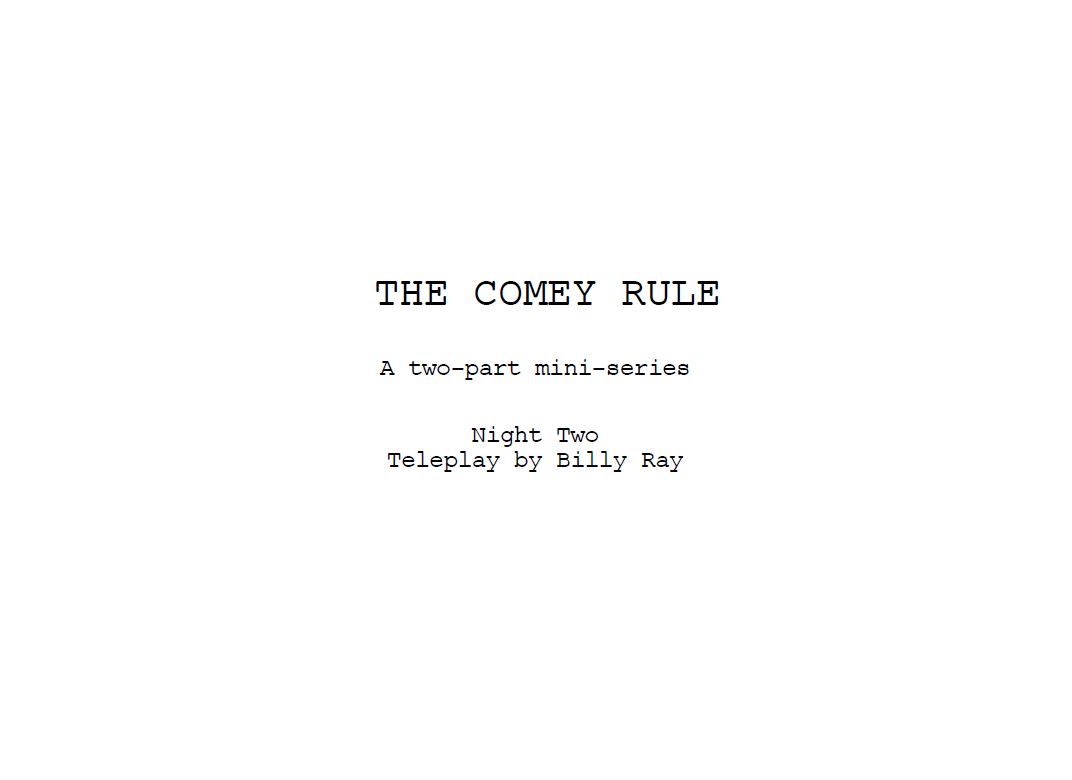 It Starts On The Page

It Starts On The Page: Read The Script For The Penultimate ‘We Are Who We Are’ Episode From Luca Guadagnino, Francesca Manieri & Paolo Giordano

It Starts On The Page: Read Amanda Coe’s Script For The ‘Black Narcissus’ Finale

It Starts On The Page: Read The Script For ‘Pen15’s Magic Episode From Co-Creator & Star Anna Konkle