Jane Seymour: I ‘Can Definitely Sympathize’ With Duchess Meghan

Showing her support. Jane Seymour shared her sympathy for Duchess Meghan after the former actress opened up about her struggles since becoming a royal family member.

“I don’t know Meghan, but I can definitely sympathize with the struggle,” the British actress, 68, told Us Weekly exclusively on Monday, December 16, at the annual holiday benefit for the American Ballet Theatre, which is presenting Alexei Ratmansky’s The Nutcracker at the Segerstrom Center for the Arts in Costa Mesa from now until December 22. “You never know. I never believe what the newspapers say anyway, so I don’t know what the truth is. It’s not easy being in the public eye.”

The East of Eden actress also noted her appreciation for the British royal family and “what they do” for society. “I have met Prince Andrew. Princess Anne, I know, is the hardest working royal apart from the Queen,” she said at the time. “So, rather than worry about the others, I like to praise the one that does the most.” 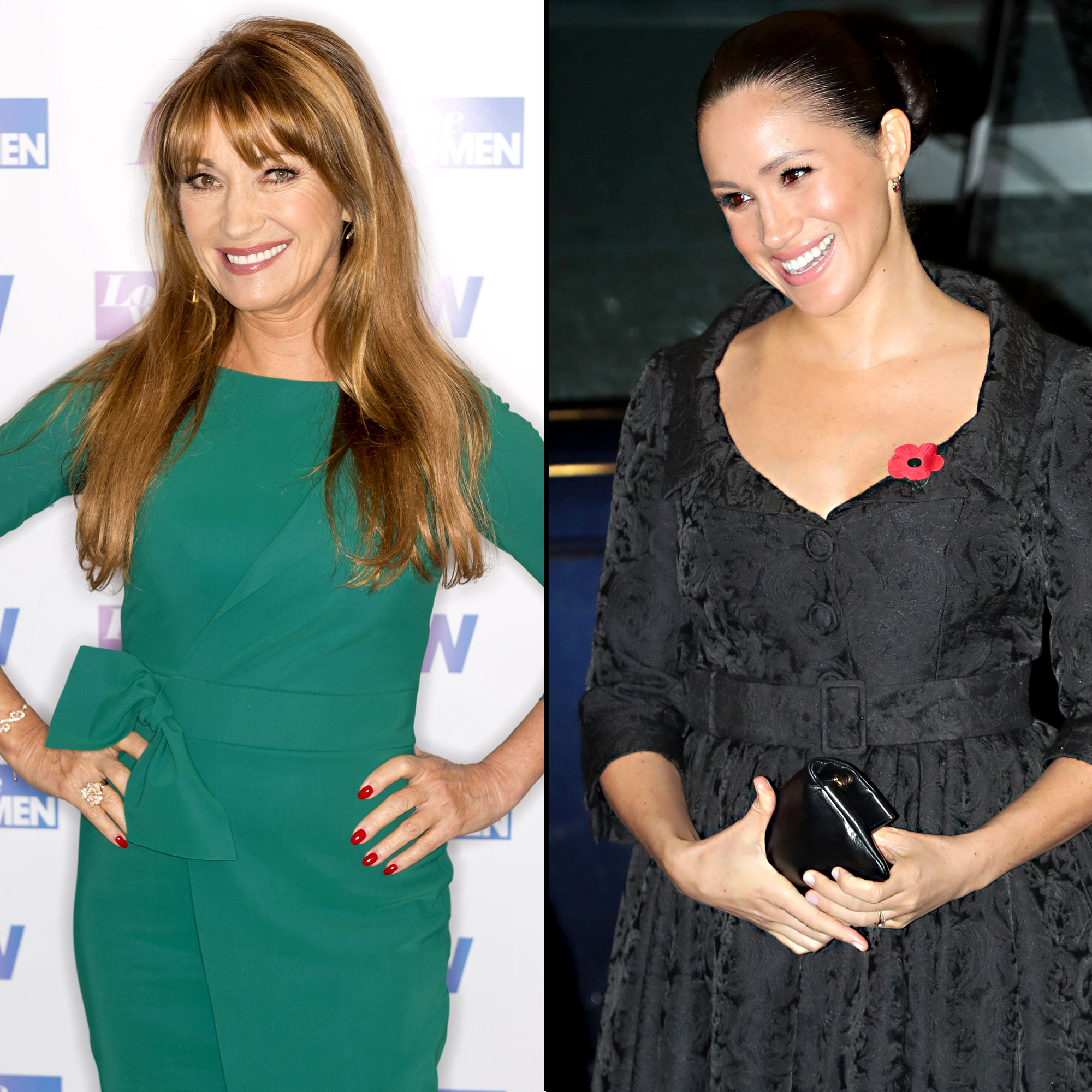 Though Meghan is no stranger to the spotlight, becoming a royal exposed her to an entirely new level of media attention, particularly from British tabloids. In October’s Harry & Meghan: An African Journey documentary, the Duchess of Sussex, 38, opened up about how she and her husband, Prince Harry, have been subjected to scrutiny from the British press.

“Look, any woman, especially when they’re pregnant, you’re really vulnerable,” she told ITV News at Ten’s Tom Bradby in the documentary. “And so that was made really challenging, and then, when you have a newborn, you know? “Especially as a woman, it’s really … it’s a lot.”

The Suits alum continued, “So you add this on top of just trying to be a new mom and trying to be a newlywed … And also thank you for asking, because not many people have asked if I’m OK, but it’s a very real thing to be going through behind the scenes.”

Later on in the October doc, Meghan also admitted that her British friends warned her about marrying Harry, 35. “[They] said to me, ‘I’m sure he’s great but you shouldn’t do it because the British tabloids will destroy your life,’” she shared.

Earlier that month, Us reported that Meghan and Harry were seeking legal action against the British media. However, a source told Us that it wasn’t “about one negative story or incident” that led to this decision but an “accumulation” of things.

“Harry refuses to sit and do nothing as the British press scrutinizes Meghan and invades her privacy,” the insider continued. “Meghan comes across as a strong woman, but she’s been deeply affected by the negative stories about her.”

With reporting by Kayley Stumpe