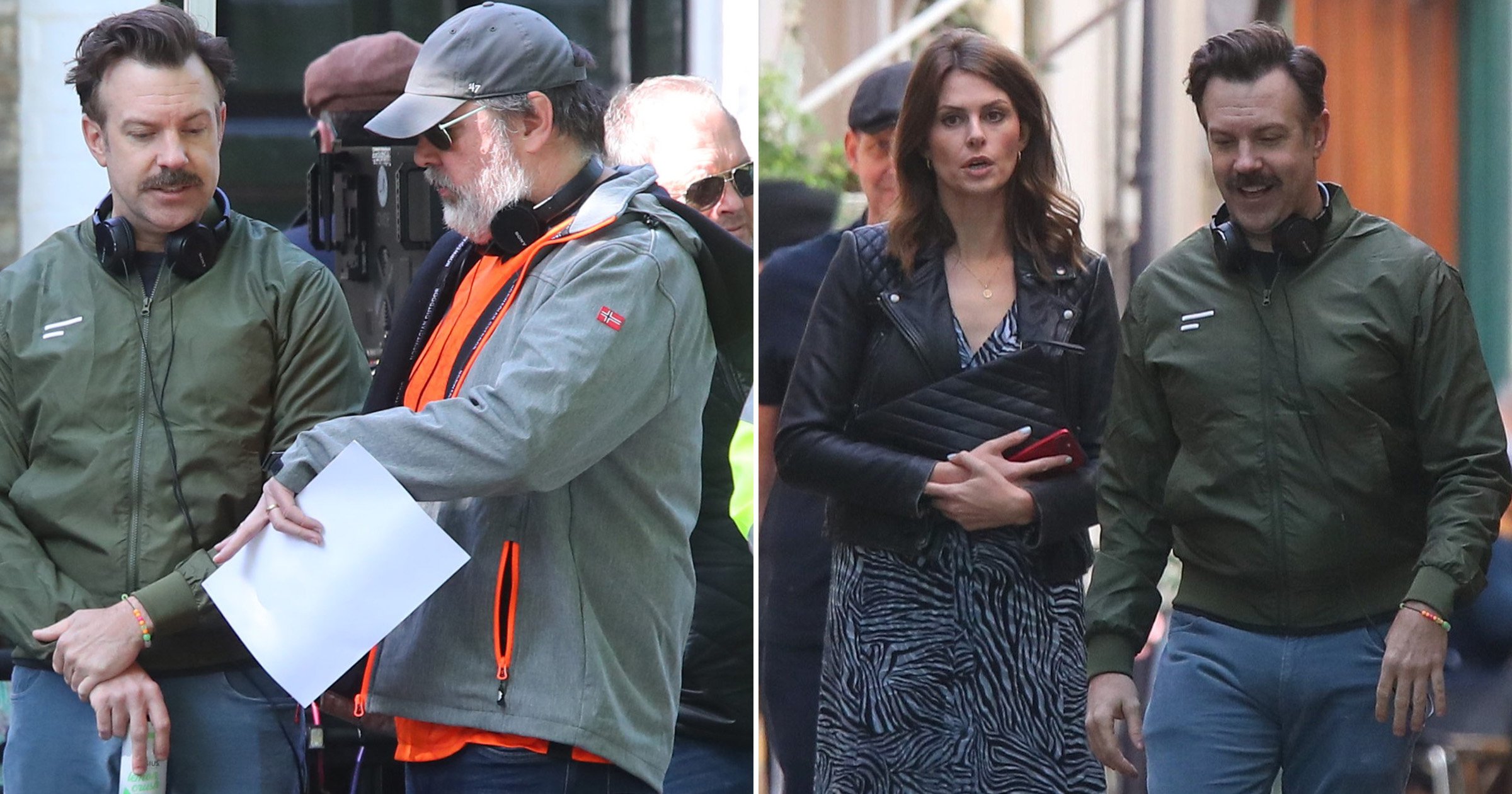 Jason Sudeikis has been spotted out for the first time since his ex Olivia Wilde was served custody papers while she was on stage.

The actor was seen filming for the highly-anticipated third season of his show Ted Lasso in London.

Jason, who co-created the show, looked to be having a blast as he wandered about on set, donning a green jacket and a pair of headphones, and his character’s signature moustache.

Elsewhere, he looked pensive while filming a scene, holding a hand up to his face and clutching a drink can.

The 46-year-old was also spotted chatting away to crew members while holding a script, and even took the time to snap a selfie with a fan.

Meanwhile, Brett Goldstein, who plays the foul-mouthed Roy Kent, clutched a toastie as he concentrated on filming, and Jamie Tartt actor Phil Dunster was also spotted.

The snaps come after Jason, who dated Olivia, 38, from 2011 until their split in November 2020, recently served his ex custody papers, relating to their children Daisy and Otis.

Olivia, who’s currently dating Harry Styles, was on stage at CinemaCon 2022, giving a presentation on upcoming film Don’t Worry Darling, when she was approached by someone in the audience.

A clip has emerged in which the star could be seen speaking about the flick, and was just getting into her speech when the person in question placed an envelope – thought to be containing custody papers – on the platform.

‘Not just for material, tangible things like a beautiful house and perfect weather and a gorgeous car,’ Olivia said before being interrupted.

As the person slid the envelope over, the mom-of-two clarified that it was for her as she picked it up on stage.

‘This is for me? Right now?,’ she said as the audience could be heard laughing at the initial interruption.

‘This is very mysterious. I’m going to open it now because it feels like it’s a script…’

‘Oh, okay. Got it. Thank you,’ Olivia replied in the clip, obtained by TMZ, before continuing on with her presentation like a pro, keeping the documents clutched in her hands.

Fans were left divided over the move but Jason was reportedly unaware of how publicly she was served the paperwork.

‘Mr Sudeikis had no prior knowledge of the time or place that the envelope would have been delivered as this would solely be up to the process service company involved and he would never condone her being served in such an inappropriate manner,’ his reps said in a statement at the time.

While Olivia has remained silent on the incident, organisers for the event are trying to get to the bottom of exactly how the person in question was able to get on stage in the first place.