Jennifer Garner was asked if Violet, 15, is dating, said she has all girls Zoom classes 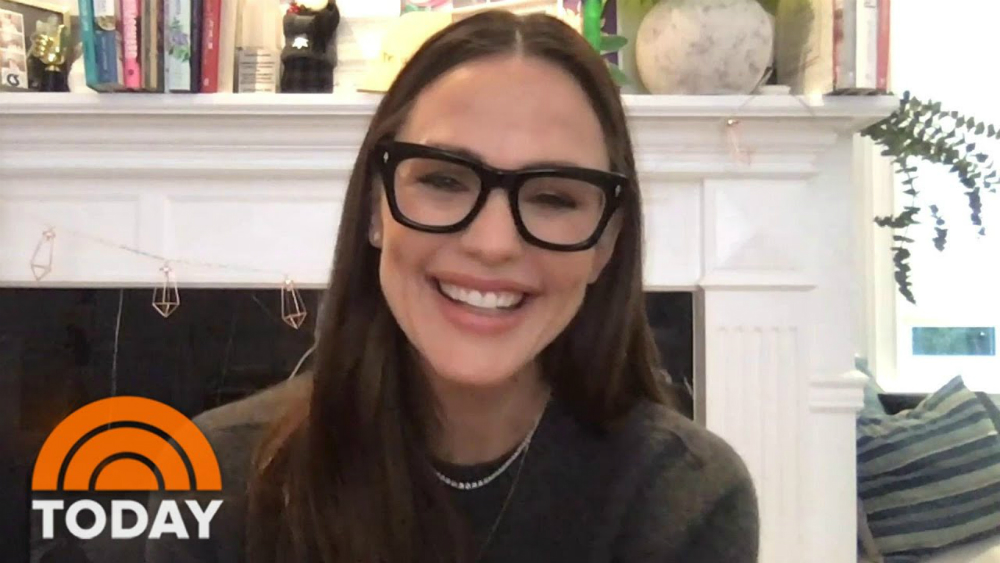 Jennifer Garner appeared on the last hour of Today with Hoda Kotb and Jenna Bush Hager Tuesday. She was promoting her Once Upon A Farm’s new product, Farmer Jen’s Sweet Potato Pudding, which uses her grandmother’s recipe (minus the two cups of sugar). Her OUaF brand is now officially partnered with Save the Children. Jen’s company has helped Save the Children feed 9.5M children during the pandemic. Jen had to get up early to call in from California. She had another reason for that, she was making homemade bagels for daughter, Violet Affleck’s, 15th birthday. None of the ladies could believe little Violet was 15 and to be honest, I was a bit surprised by the news myself. No sooner did the words “daughter” and “teen” come out than the conversation turned to worries about her dating. Jen quickly walked past the topic by saying Violet is in Zoom school and that it’s an all-girl school.

Here’s hoping that Jennifer Garner’s film 13 Going on 30 somehow provided her with insight on how to handle fast-growing teens.

The Love, Simon star appeared on NBC’s TODAY show on Tuesday, Dec. 1, where she told hosts Hoda Kotb and Jenna Bush Hager that the day happens to be an exciting one for her daughter Violet.

“There’s a lot of Zoom happening in my house, a lot of Zoom, but I don’t have really little ones, so they’re all pretty much in control of what they’re doing,” Jennifer said when discussing her day-to-day routine.

This led her to point out the family milestone. “My daughter is 15 today,” the 48-year-old Peppermint actress continued. “Can you believe little Violet Affleck, she is 15?”

At this, Hoda and Jenna shared their astonishment at the fact that Jennifer actually has a teenager already. And Hoda wanted to know how the star handles Violet’s questions about dating.

“All I know is, she’s on Zoom school, she goes to an all-girls school,” Jennifer said with a laugh. “We haven’t had to deal with that yet.”

I have many friends who are concerned about their kids dating. My kids haven’t gone on proper one-on-one dates yet, but they have had crushes over to the house or out with us on family outings. They talk to us about their crushes all the time and for some reason, this has never bothered me. I was “going with” boys starting in sixth grade, I don’t know that my parents got too worked up over it either. That’s not a fair comparison, though, because my mother worked at my middle school, so she knew every kid and their parents. I like Jen, so I hope her reaction has to do with the fact that Violet is her firstborn and not with the fact that she’s a girl, because a few of my friends have really disappointed me when it came to antiquated notions about daughters vs. sons dating.

They rest of Jen’s interview, which I posted below, is cute. I could picture them all sitting on a couch and gabbing. I think I might even want to join them. Jen is posting phony cooking show videos that look cute. She talked several times about the bagels she was about to make for Violet’s birthday breakfast. I have a decent bagel recipe, I might break it out for Hanukah next week. The three also talked about getting kids to eat vegetables and Jen brought up a tip I’d forgotten: while dinner’s being made, put out some cut up veggies. They’ll eat their vegetables by the time dinner’s out. Plus, they think it was their idea. You can use the same trick when they start dating and don’t want to ruin their outfit with a sweater to keep them from getting cold. Put a bunch of sweaters and jackets on the hall tree and just tell them to grab something as they leave, that way they will think it’s their idea!