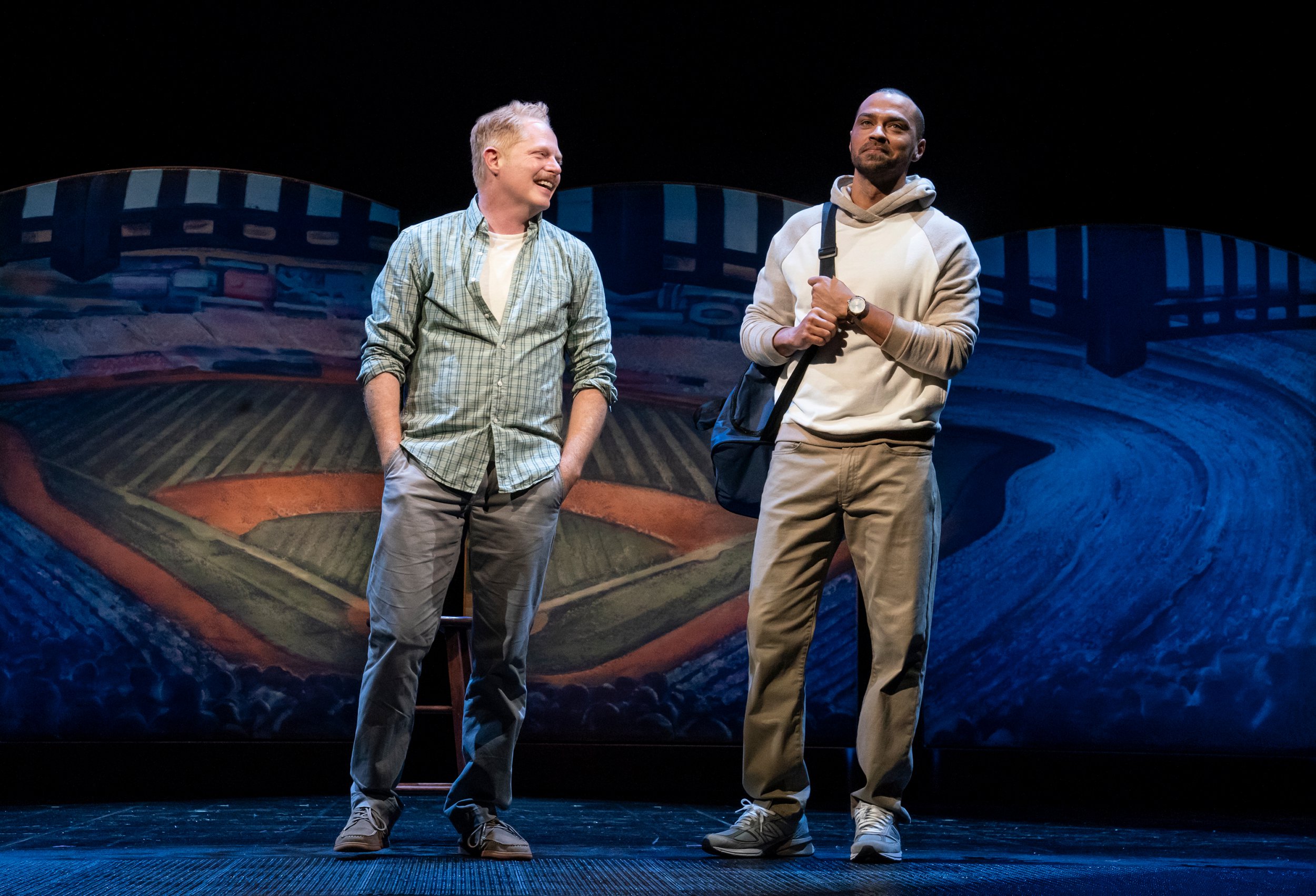 The filming of Jesse Williams on stage during a nude scene has been condemned by the Actors’ Equity Association as ‘sexual harassment and a ‘breach of consent’.

The star, 40, trended on social media earlier this week after footage of him full-frontal nude during a Broadway production of play Take Me Out emerged online.

While former Grey’s Anatomy star Williams had previously shrugged off the scene by claiming ‘it’s just a body’, an actors’ organisation has blasted the person who filmed the footage – which went against house rules.

The act was also labelled ‘both sexual harassment and an appalling breach of consent.’

Much of Take Me Out – written by Richard Greenberg and currently on at the Helen Hayes Theater in New York – is set in the locker room of a professional baseball team, with an all-male cast that explores themes of homophobia, racism, class, and masculinity in sports.

Williams plays Darren Lemming, a mixed-race baseball star, who comes out as gay and is confronted with homophobic and racist prejudices off the field.

Kate Shindle, president of the Actors’ Equity Association, which is made up of 51,000 members of the theatre industry, said in a statement: ‘We condemn in the strongest possible terms the creation and distribution of photographs and videos of our members during a nude scene.

‘As actors, we regularly agree to be vulnerable onstage in order to tell difficult and challenging stories. This does not mean that we agree to have those vulnerable moments widely shared by anyone who feels like sneaking a recording device into the theater. [sic]’

Shindle went on to note that the person who filmed Williams and other actors – with the play also starring the likes of Jesse Tyler Ferguson and Suits star Patrick J Adams – on stage did so ‘without their consent’ and ‘explicitly’ violated ‘the theatre’s prohibition on recording and distribution’.

The statement added: ‘At every performance, there is a mutual understanding between the audience and the performers that we are sharing an experience limited to this time and place; that trust makes it possible for us to be exposed both emotionally and physically.’

Second Stage Theater, which produces the show, also condemned the act and made it clear its ‘phone-free’ policy is for devices to remain in locked bags during the performance.

It noted: ‘We are appalled that this policy has been violated and unauthorized footage of our acting company has been posted. It is deeply unfortunate that one audience member chose to disrespect the production, their fellow audience members and, most importantly, the cast in this manner. Taking naked pictures of anyone without their consent is highly objectionable and can have severe legal consequences.

‘Posting it on the internet is a gross and unacceptable violation of trust between the actor and audience forged in the theater community. [sic]’

The company added it was ‘actively persuing takedown requests’ and adding additional staff at the theatre to enforce the phone-free policy.

Williams’ Take Me Out co-star, Modern Family’s Ferguson shared this statement and added: ‘I’m appalled by the disrespect shown to the actors of our company whose vulnerability on stage ever night is crucial to Take Me Out. Anyone who applauds or trivializes this behavior has no place in the theater which has always been a safe space for artists & audience members.

‘And truly, if nudity is what you are coming for…you are in for a long boring night. It’s within a challenging 2 and a half hour play with big ideas, beautiful language & remarkable acting from a company of 11 actors that you will have to sit thru as well. You’ll be bored. Trust [sic].’