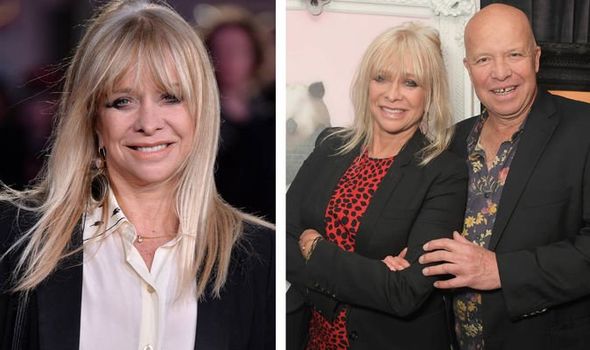 But there will be no more moments like that because it is the first anniversary of Paul’s death with Covid, together with heart disease and diabetes. The ex-wife of Rolling Stone Ronnie Wood, talking for the first time since Paul’s death, says: “I miss him so much – I am his big sister. He was four years younger than me and we were close, me and Paul. “I live in Northamptonshire and was always popping down to see him in Essex. He was a great airbrush artist. “He always made me laugh – he was the life and soul of everything. I look at his picture every morning and say, ‘Hello, brother.’ I’ve also got a lovely painting he did and gave me in 2019 – it’s of the Mona Lisa in a burka with a tear in her eye.”

Jo has to pause several times during our conversation, overcome with emotion while remembering her little brother. She reveals that the night Paul, 61, died, he appeared to her in a dream. Jo believes he was coming to say goodbye.

“Earlier in the night, his wife Sandra rang and said that the doctors had told her, ‘If he survives the night, he’s got a good chance,'” explains Jo.

“I went to sleep and dreamt I walked into this hospital room and there was a body on the bed and someone was saying, ‘That’s your dad on the bed.’ But I looked and said, ‘That can’t be my dad – he died ages ago.’

“I picked up his hand and looked at it and said, ‘This is my brother.’ The next thing I know, the phone is ringing at 4am and it’s Sandra saying, ‘He’s gone.’ He must have come to say goodbye.”

It’s unsurprising, given it was such a difficult time in her life, that she hasn’t shared publicly until now that barely seven days after Paul died, their little sister Lize McCarron also caught Covid and nearly died from it.

“A week after Paul died, Lize went to bed with bronchitis, which she’s prone to getting,” explains Jo. Liza is the youngest of her three siblings. There is also a brother, Vinnie. 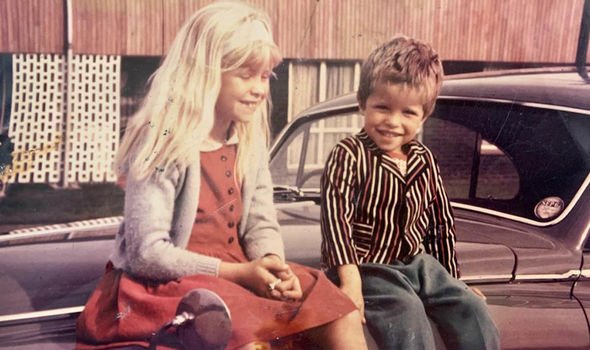 “She was so scared because Paul had just died with Covid and, who knows, stress and anxiety can lower your immune system drastically. She took a turn for the worse at the end of March and was taken into hospital and it turned out she did have Covid.”

Jo was panic-stricken when Lize’s health deteriorated. “They put her in an induced coma and on a ventilator. So my brother’s just died and now my sister’s in hospital on a ventilator with the same thing. I was out of my mind with worry. I couldn’t imagine the cruelty of losing two siblings at the same time.”

Because Lize was not allowed visitors in hospital in East Sussex, Jo could only sit by the phone and get daily updates from her sister’s husband, Eoghan.

“She was in an induced coma for two weeks. Then they took her out of that and put a tracheostomy in her neck and she started to feel better,” reports Jo. “When they took that out after a few days, she recovered really quickly and was able to go home. I was so relieved.”

Despite that blessing, today will be difficult, even though Paul’s underlying health conditions made him more susceptible to the killer virus. 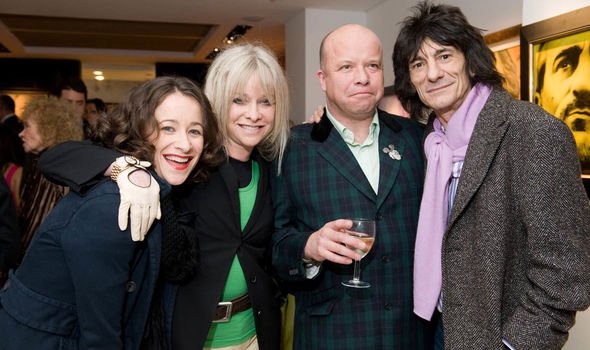 “He hadn’t been ill before-hand, but he wasn’t a well man,” says Jo. “He had type 2 diabetes and heart disease and had had stents put in. The doctor had told him in February 2020 that his heart function was at 20 per cent.”

Early last March, Paul developed what he thought was flu. Then it got worse and Sandra decided to call an ambulance.

“I spoke to him the day he went into hospital,” says Jo. “He was angry and said, ‘I’ve just spoken to the doctor and he says I’m ****ed.’ I don’t know exactly what the doctor said to him, but I said, ‘No, no, you’re going to be fine.’ Then he walked out of his front door and into the ambulance, went to hospital and died that night.”

It seems that Jo’s dream wasn’t the only one that foretold the future. Paul told her only the week before his death that he’d had a dream about their mum, Rachel, who died in 2015, Jo reveals.

“I thought my brother was right, but Mum was right, as always. She was waiting for him.”

She says Paul always suspected he would not reach old age. “Paul said to me a couple of years ago, ‘I won’t live long,'” explains Jo. 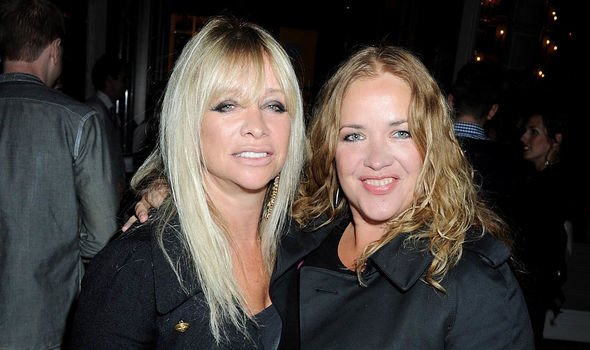 “I said, ‘Don’t be so stupid, Paul,’ but he said, ‘I know I won’t.’ We knew his heart was bad, but he’d had stents put in, but he’d rather paint than do exercise. He was always in his studio and he worked with spray paint, which was no good for his heart. He wore a mask, but that also inhibits your oxygen.

“Early last year the doctor said he could have a pacemaker put in or a heart transplant. But he never got that far.”

His funeral, she says, was “horrible”.

“Only six people were allowed because of Covid, so my son Tyrone and my 11-year-old granddaughter and I all dressed in black and watched the funeral on a link from my house.

“I cried a lot. Seeing Paul’s coffin didn’t seem real – I just couldn’t believe he’d gone – so I didn’t feel I got closure.”

Jo, a businesswoman, podcaster and personality who was married to Ronnie Wood from 1985 to 2011, moved to Northamptonshire in 2019 after more than four decades in London.

She bought a Grade II listed house on six acres and tries to live as naturally as possible, using solar panels and well water, growing her own vegetables and re-wilding the land.

Her daughter (with Wood), Leah, moved to a home just a mile away. Jo also has sons Jamie, 46, and Tyrone, 37, and stepson Jesse, 44, as well as nine grandchildren.

Since her brother’s death she has created a small wood as a tribute to him.

“I’ve planted 70 trees on my land; they’re birch and oak and willow. I’m calling it my brother’s forest.”

Paul is never too far from her thoughts and, as she lights a candle to him today, she’ll remember the impact he had not just as a beloved family member but as an artist who made an impact.

“He was always the life and soul of everything, a big character,” says Jo fondly. “Since he’s been dead, everybody has said what a legend he was, how he helped people. I’ve had people say, ‘He got me painting again.’ He was brilliant. I’m very proud of him.”

Paul won’t be forgotten, she adds.

“He’s gone physically but I feel him every day. I’m sure he’s here with me. He wouldn’t leave me; he’s around to give me advice. I will talk to him and say, ‘What shall I do? Is this right or that right?’ Then I just go with what I feel. I still feel his energy.”

Her book, Stoned: Photographs and Treasures from Life with The Rolling Stones (Cassell, £20) is out now