Dame Joan Collins has claimed there was “a lot of resentment” from some of the Dynasty cast, after she joined back in 1981. The actress portrayed Alexis Carrington, the vengeful ex-wife of oil tycoon Blake Carrington (played by John Forsythe) for eight years. However, the 86-year-old has revealed what it was really like behind-the-scenes in a new interview with Attitude Magazine. She admitted that she would normally play down the rumours but has opened up about what was really going on.

Even now, when we get together for Dynasty reunions, I see an antipathy towards me

Speaking to The Awards issue of the publication, Dame Joan revealed what she think sparked the problems, after taking home the icon gong at the Virgin Atlantic Attitude Awards 2019 last night.

When asked about the Dynasty cast’s resentment, she commented: “I’ve been asked this question a million times, and when I was doing it, I would poo-poo it.

“I’d say, ‘Oh, no, no’. But yes. There was. And now I know there was, because many people have come back to me who were around at that time and said, ‘They bl**dy hated you, Joan’.”

The star continued: “The fact that I was English, some didn’t like that. This English woman comes in and saves the show.

“This is what the media said, because the show was about to be cancelled… Even now, when we get together for Dynasty reunions as we did a few years ago, I see an antipathy towards me.”

She went on to mention some co-stars by name: “If you look at some of the things that John Forsythe, Gordon Thompson [Adam Carrington], and even Michael Nader [Dex] said about me in interviews, they were not nice. 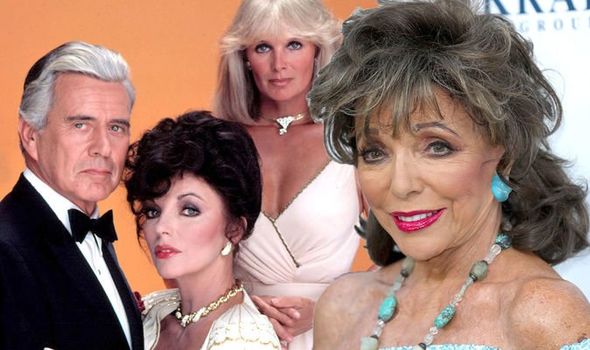 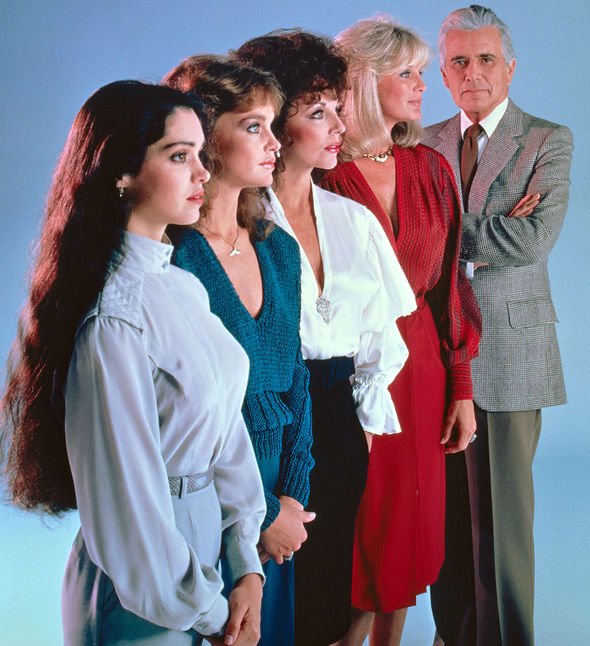 “I have never said anything about it before, but now the time has come.”

Dame Joan turned heads for all the right reasons at yesterday’s star-studded ceremony at the capital’s Roundhouse in Camden.

Wearing her brunette tresses down in a voluminous ‘do, she opted for mostly black attire.

Her floor-sweeping look, complete with thigh-high slit, featured a clingy design at the top.

She wore it with an embellished jacket and a statement jewelled necklace as well as matching earrings. 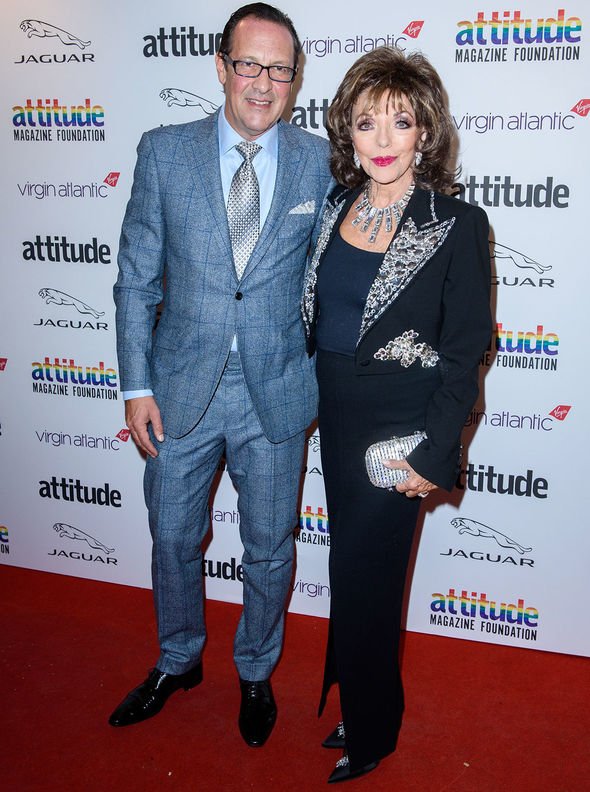 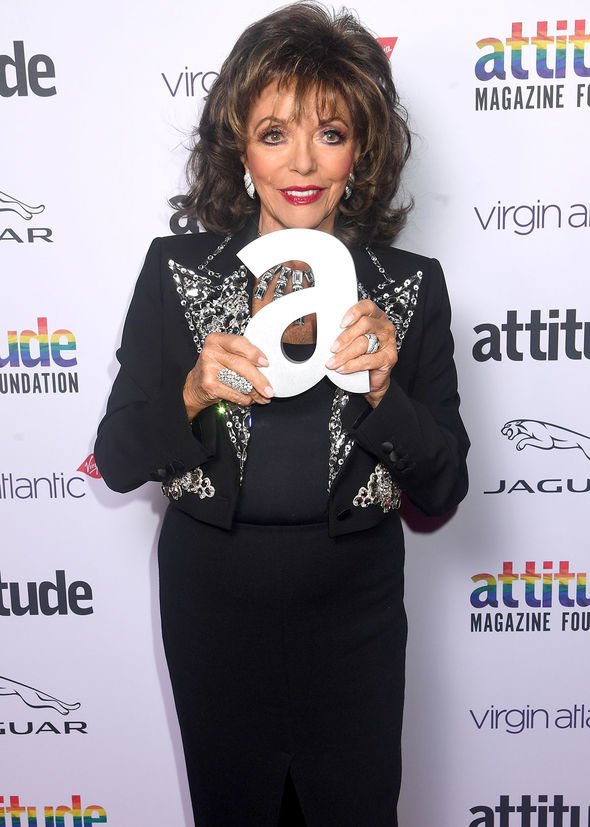 Fellow guest Cheryl put on a boob-baring display in a daring braless look for the annual bash.

Meanwhile, it comes just months after Dame Joan was treated by medics for smoke inhalation after a fire at her flat.

She later took to Twitter to thank the ambulance crew who helped her and her husband in the aftermath of the incident.

The star called her spouse, 54, her “hero” as she revealed he had “doused” the fire with an extinguisher.

Read the full interview in Attitude Magazine: The Awards issue – out now.