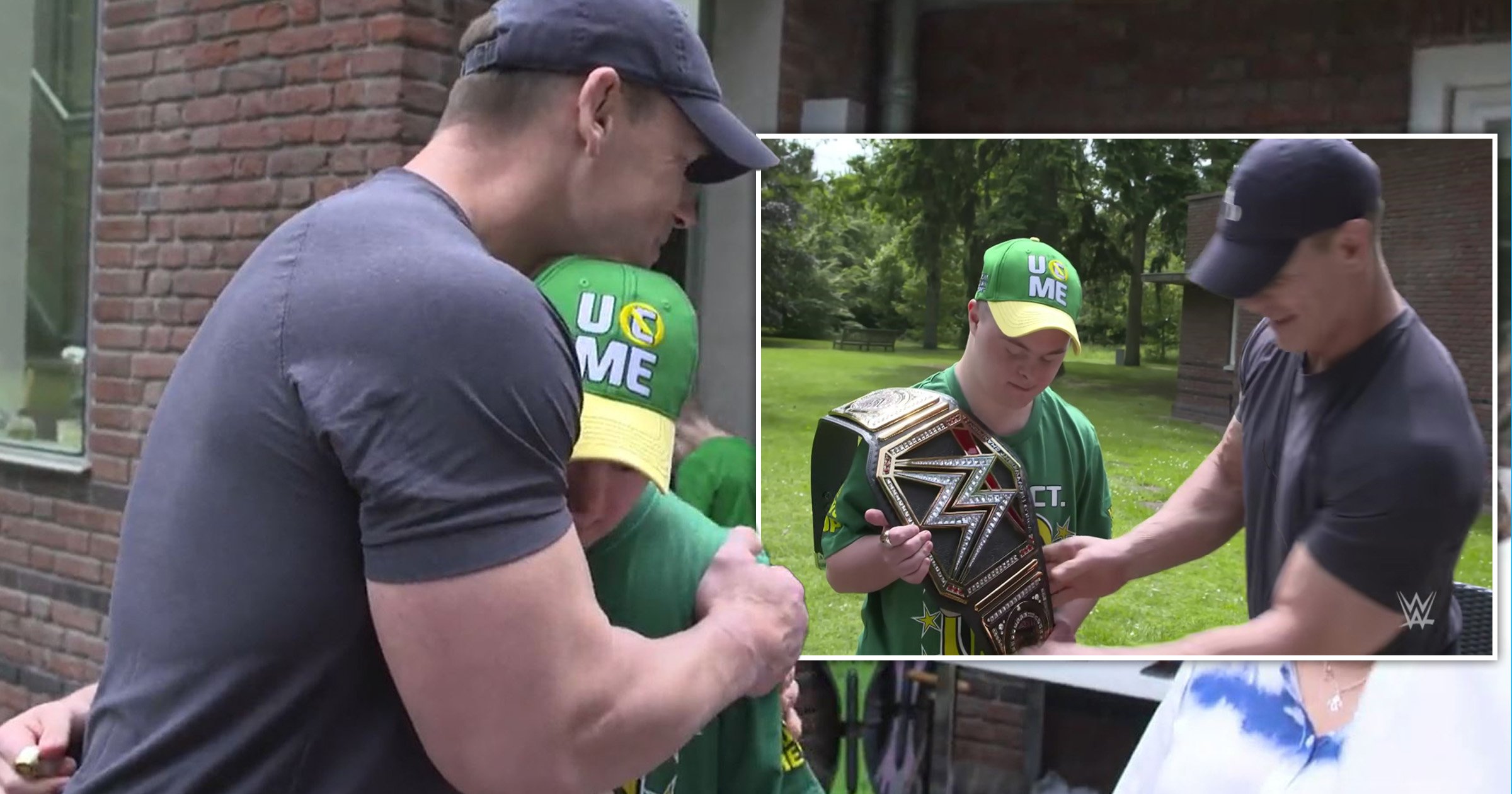 John Cena had an emotional meeting with a Ukrainian teenager with Down’s syndrome who used him as motivation while fleeing the country amid the Russian invasion.

The WWE legend and Hollywood actor travelled to the Netherlands to meet 19-year-old fan Misha Rohozhyn, who fled from Mariupol in March with his family and was inspired by the dream of seeing his hero.

During their journey, Misha’s mother Liana kept her son going with a “motivational fantasy” that the star would greet them at the end of their travels, and he was upset Cena wasn’t there when they arrived in May.

However, the Peacemaker actor saw Misha’s story in The Wall Street Journal and explained in a video shared by WWE: ‘When I read about Misha’s story it reached out to me – not just Misha‘s story but his mom’s as well.

‘Having three days off from work right at the time I read the story, and being an hour away by air, it turned into “We’re going.”

‘And that means spending an afternoon building blocks, eating cake – that’s a special afternoon when it comes to new friends I was able to meet.’

He added to the camera: ‘How special is today? Yeah, pretty darn special.’

In another clip, Cena and Misha sent a message to WWE superstar Alexa Bliss as they waved to the camera and said ‘hello’.

Bliss responded to the video, and tweeted: ‘Hi Misha !!! sending so many hugs ! Thank you @JohnCena !!! This warms my heart so much (sic)’