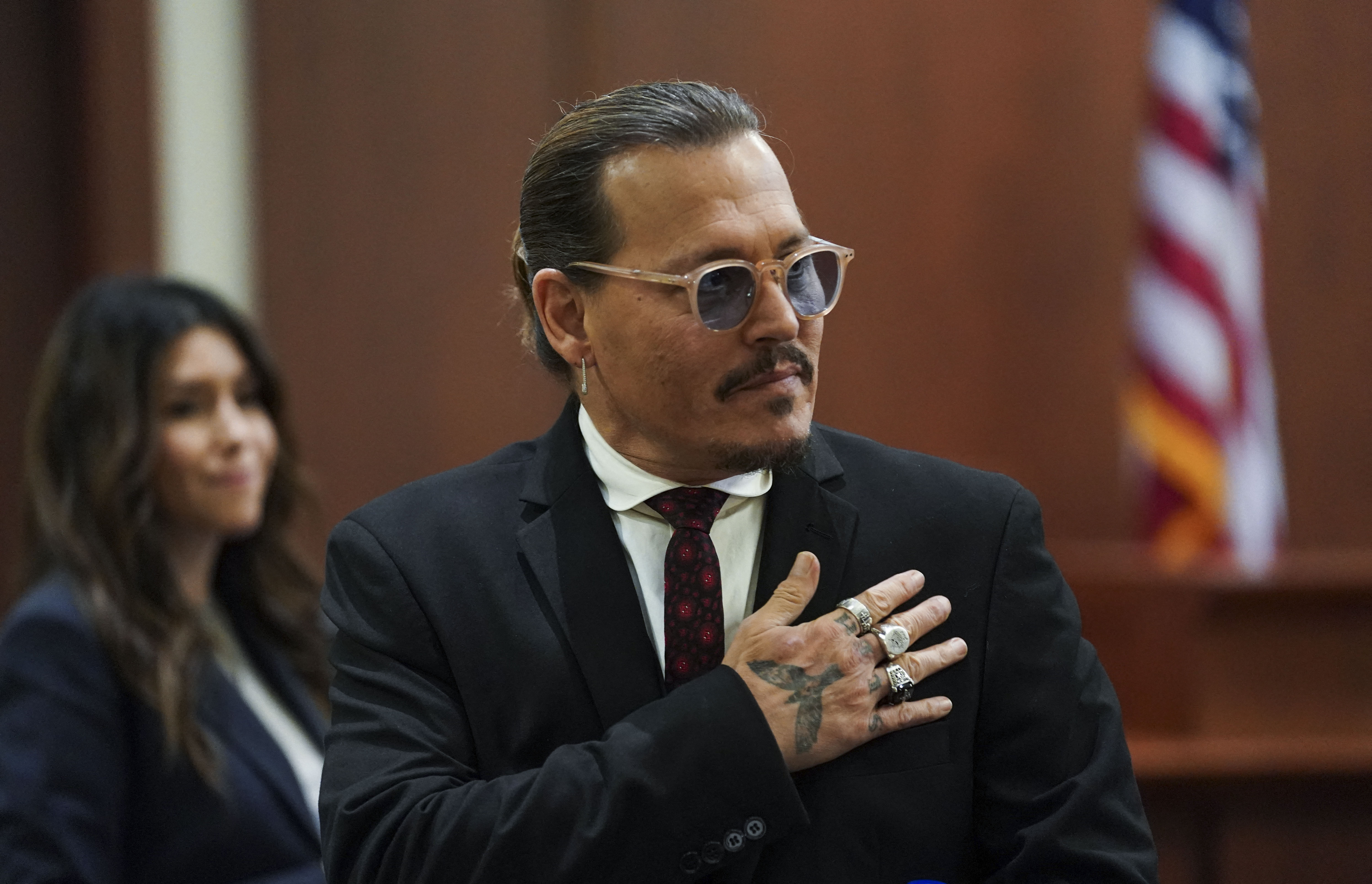 Amber Heard’s sister, Whitney Henriquez, alleged that Johnny Depp ‘joked about putting their dog in the microwave’, as she took the stand in his defamation trial.

Henriquez gave her testimony in the afternoon of day 18 of the bombshell case, held at the Fairfax County Courthouse and recalled an alleged argument the couple had.

She told the court that the row lasted for hours before he had to leave to film something for a Keith Richards documentary – and they both joined him for the journey.

‘Amber and Johnny were sitting in the back, I was in the front with Starling [Jenkins], the driver,’ she told the court.

‘At some point I heard the back window open and Johnny is holding our dog out the window.

‘I froze, I was scared. I just remember thinking… I knew how inebriated he was and the dog was very small… I thought if she twitched or if he lost her somehow, she was just going to go out the window.’

‘He brought the dog back into the car and he was just laughing this really loud, scary… it was almost like a cackle…,’ Henriquez continued.

‘He then made some joke about putting her in the microwave.

‘That was the joke after that, putting the dog in the microwave.’

Earlier in her testimony, Henriquez spoke of how well she got on with Depp when they first met, and described the early stages of her sister’s romance with the Edward Scissorhands star as ‘wonderful’.

‘They were incredibly in love. I actually till this day have never seen my sister fall so madly for somebody and things were wonderful,’ the jury heard.

‘They seemed to really understand each other and get along well but very quickly this pattern emerged as their relationship went on.

‘When Johnny was using there would be a fight, I saw it first-hand.

‘He would be sober for a little bit and then almost as quickly fall off the wagon and start to use or drink and there would be some blow out and it seemed to go back and forth frequently.’

The trial began last month, with closing arguments set to be heard later this week.

In the last few weeks, Depp and Heard have both taken the stand to discuss their relationship.

The Aquaman actress sobbed through her testimony when she alleged that he has ‘slapped’ her, and penetrated her with a bottle in a separate argument.

While the Pirates of the Caribbean actor, who is suing his ex-wife for defamation and seeking $50million (£39m) in damages, insisted that he had never struck a woman.

Heard is countersuing for $100million, claiming he libeled her by calling her a liar.