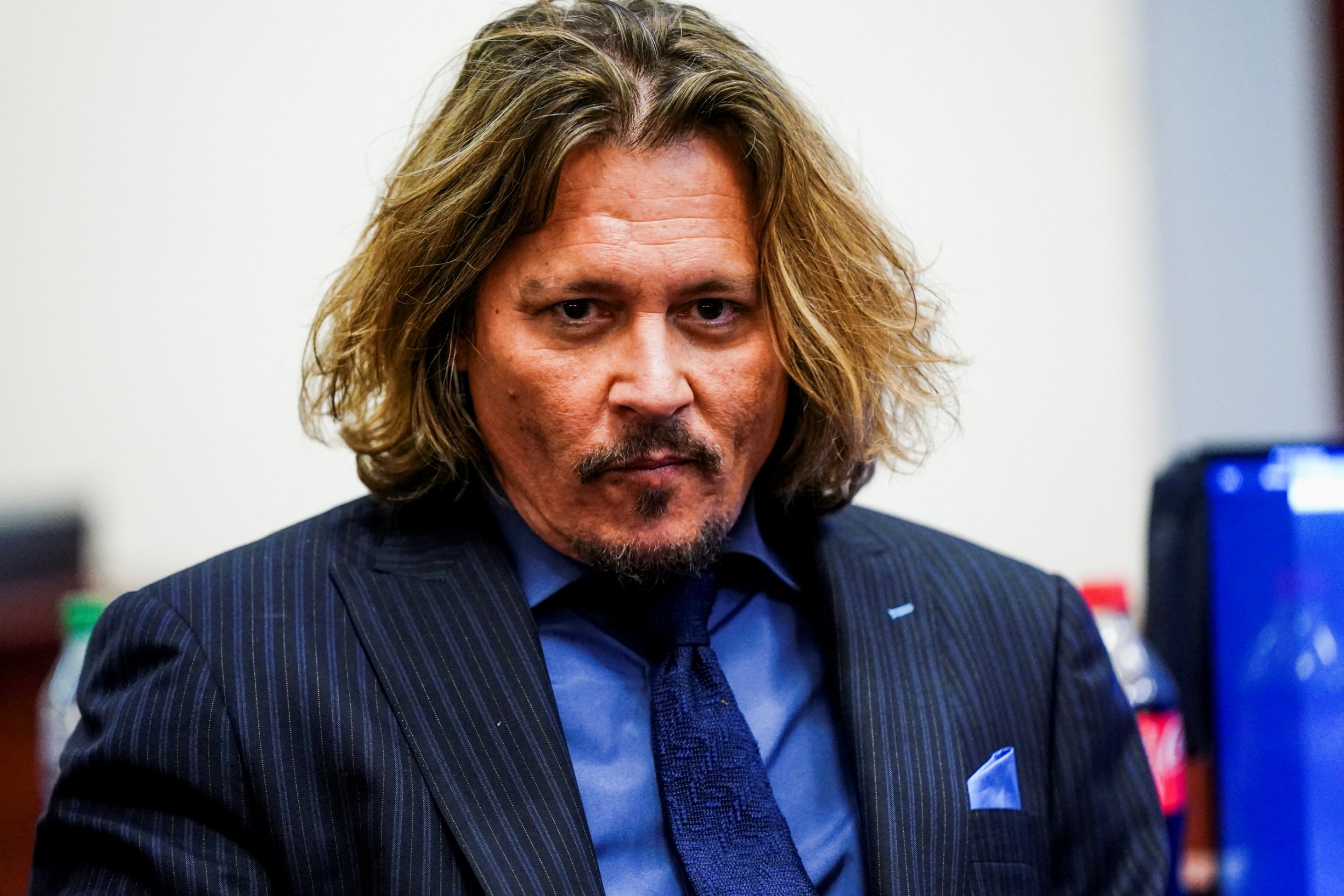 Johnny Depp is reportedly set to take the stand today in his defamation trial against Amber Heard.

The Pirates of the Caribbean actor, 58, is suing his ex-wife, 35, for libel after she penned an op-ed in the Washington Post, with the headline: ‘I spoke up against sexual violence — and faced our culture’s wrath. That has to change’.

She discussed her experiences of domestic abuse in the 2018 article, but did not mention her former partner by name.

Despite not being named, Depp’s lawyers have said that this ‘falsely implies’ that Heard was subjected to abuse during their marriage –  the actor is seeking $50million (£39m) in damages.

While the court has heard from various witnesses, the actor will testify on his own behalf on Tuesday at the Fairfax County Courthouse in Virginia, according to Deadline.

The site reports that the actor will continue with cross-examination on Wednesday.

His longtime friend and sound technician Keenan Wyatt is also expected to testify on his behalf.

Various people including Dr David Kipper, who treated Depp for addiction, and Laurel Anderson, who gave the pair couples’ therapy, have testified so far.

Most recently, the court was read explicit texts sent by Depp to his nurse Debbie Lloyd as part of an apology, after he refused to see her or anybody else that day.

The message read: ‘Hey sweetheart, I’m so sorry about today. I thought you were Stephen, whom I’m not particularly enthused about for his loss of loyalty and his loss of memory.

‘He has tried everything to f*** me over as far as travelling with my wife. He also bursts into my f****** house like it’s godd*** Grand Central Station. I’m truly sorry if I upset you.’

It then read: ‘If you like you can give me some morphine to see if my tongue and penis touch. All my love, J.’

Depp reportedly chuckled when the message was read out loud.

Elsewhere, the couple were accused of engaging in ‘mutual abuse’ by Anderson, who gave them couples’ therapy.

Giving evidence the Fairfax County Courthouse via a video deposition Anderson said that Depp told her that his former wife ‘gave as good as she got’ during their fights.

Depp originally filed the lawsuit in March 2019, however it was postponed due to the Covid pandemic.

While the actors live in California, the case is being brought in Virginia rather because The Washington Post’s online editions are published through servers located in Fairfax County.

Lawyers for Heard, who married the Edward Scissorhands actor in 2015, before they called time on their marriage the following year, have argued that that, although her article is protected by the first amendment of the US constitution, there is also evidence that Depp abused her physically on multiple occasions.

His attorneys said that allegations of abuse are false and the actress had been ‘preparing to give the performance of a lifetime’ during the proceedings.