Jussie Smollett has reportedly been moved to a psychiatric ward after being jailed for staging a hate crime.

The Empire actor was handed a 150-day sentence on Thursday months after he was found guilty on five of the six charges he faced for lying about the attack, while prosecutors claimed he staged the incident in a bid to help his career.

After the judge’s decision, Smollett, 37, told the court: ‘Your honour, I respect you and I respect the jury, but I did not do this.

‘And I am not suicidal. And if anything happens to me when I go in there, I did not do it to myself. And you must all know that.’

His brother Jocqui, has since claimed the TV star is now in a psychiatric ward due to prison officials being concerned about his mental health.

In an Instagram video shared on Smollett’s account, Jocqui said: ‘Jussie is currently in a psych ward at Cook County Jail. What’s very concerning is there was a note attached to this paperwork today on the front of his jail cell saying he’s at risk of self-harm. 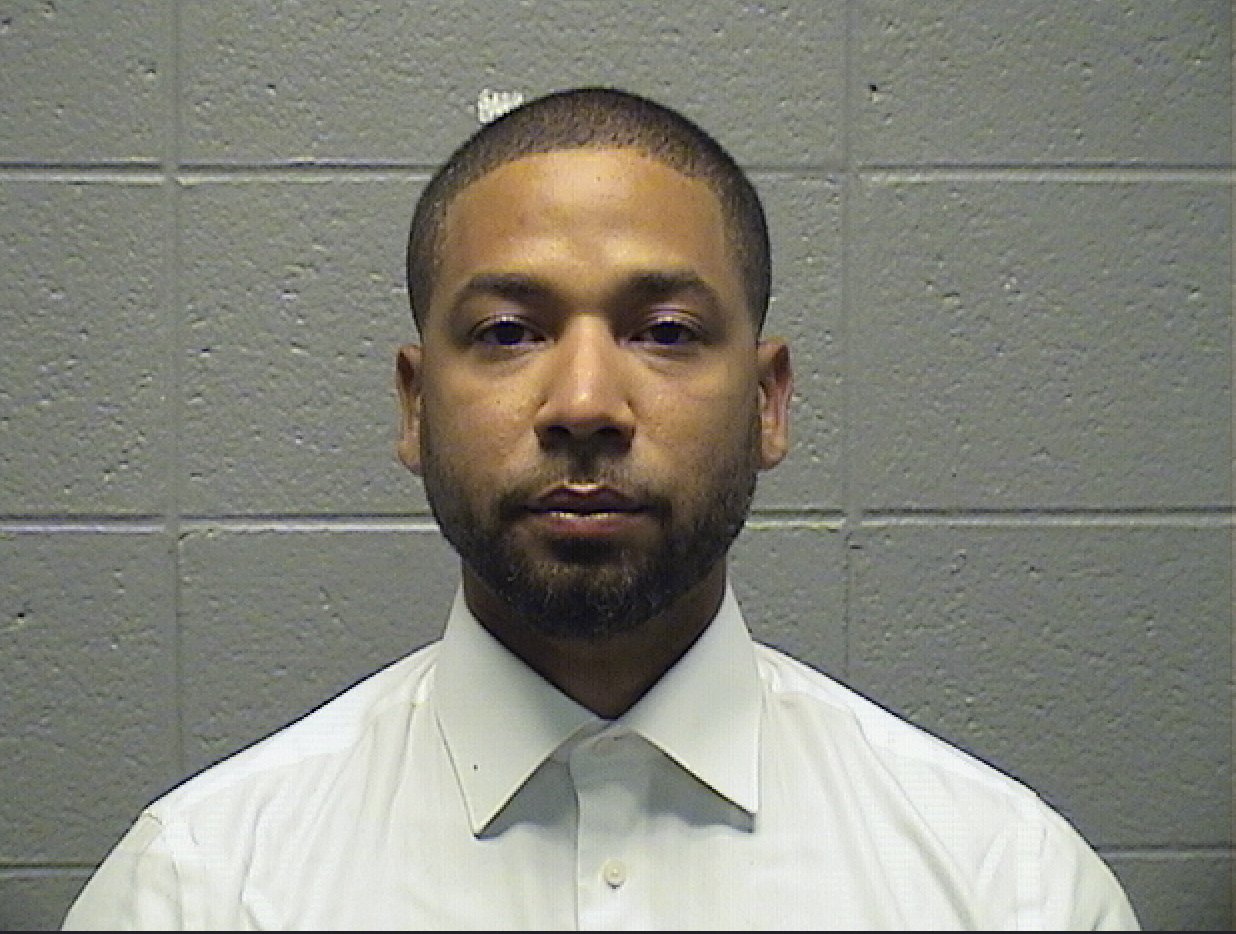 ‘I just want to make it clear to folks that he is in no way shape or form. He wants to let folks know that he is very stable, very strong and healthy, and ready to take on the challenge that has ultimately been put up against him.’

He continued: ‘This is not right, this is completely [a] lack of justice, it’s angering, it’s an outrage, but he also knows what he needs to do. He wants to make sure folks understand that whatever… assumptions they may be making, I don’t know why they even have him in a psych ward, we still have not gotten clear answers there.

‘They’ve recently added to his documentation that he’s at risk of harming himself, that is absolutely not true.’

Jocqui went on to insist that Smollett ‘never should have been in jail’, arguing ‘he was attacked’ and an ‘innocent’ man.

He then urged: ‘Even if you don’t believe in his innocence, you should believe that he should be free. He should not be in jail under any circumstances.

‘Remember Jussie is strong… he understands what he is up against and that he needs to be focused.’

According to TMZ, a law enforcement source said the reason Jussie was in the psych ward is because it’s also the area where high-profile inmates are housed.

In January 2019, Smollett filed police reports claiming that he was attacked by a ‘massive’ man wearing a ski mask, who he assumed was white as they used a racial slur and shouted about him being in ‘Maga country,’ in reference to then-President Donald Trump’s campaign slogan.

The alleged attack took place in Chicago where Smollett claims the pair tied a noose around his neck.

However, he was found guilty of staging the hoax hate crime in December.

Metro.co.uk has contacted Smollett’s reps and lawyers, and Cook County Jail for comment.