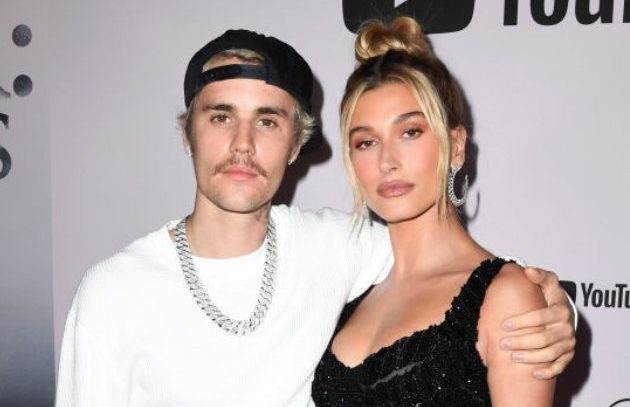 Eyewitnesses have spoken out in defence of Justin Bieber after a viral video surfaced of him appearing to ‘shout at’ wife Hailey Bieber as they left an event in Las Vegas.

The short clip, circulating on social media, shows the couple surrounded by their team as they hurriedly leave a nightclub on Saturday night where the singer performed.

Justin, wearing a green T-shirt, speaks animatedly while gesturing with one hand at the model, 24, as they move.

Eyewitnesses have spoken out since claiming the star, 27, was simply running on ‘adrenaline’ having performed earlier.

One who had been at the event shared a video of the Sorry singer on stage and tweeted: ‘I took this of Justin right before that video was taken.

‘He was on STRAIGHT adrenaline from performing. He wasn’t mad at Hailey and he wasn’t yelling at her. I hate how he’s always painted as the bad guy when he’s the furthest thing from it.’

Hailey herself had a great time, as she reposted a video from Justin titled ‘Vegas show recap’ on her Instagram Stories, captioning it ‘Best weekend!!!’

Justin’s rep declined to comment when contacted by Metro.co.uk.