The ‘My Beautiful Dark Twisted Fantasy’ rapper looked down in the dumps, as he grabbed dinner in Los Angeles.

While Kim Kardashian and Pete Davidson had a bunch of romantic dates in Staten Island over the weekend, Kanye West seemed bummed out, while on his way from dinner in Los Feliz on Monday December 20. The 44-year-old “Runaway” rapper kept his head down, as he headed towards a limo after grabbing a bite at the Caras Hotel. 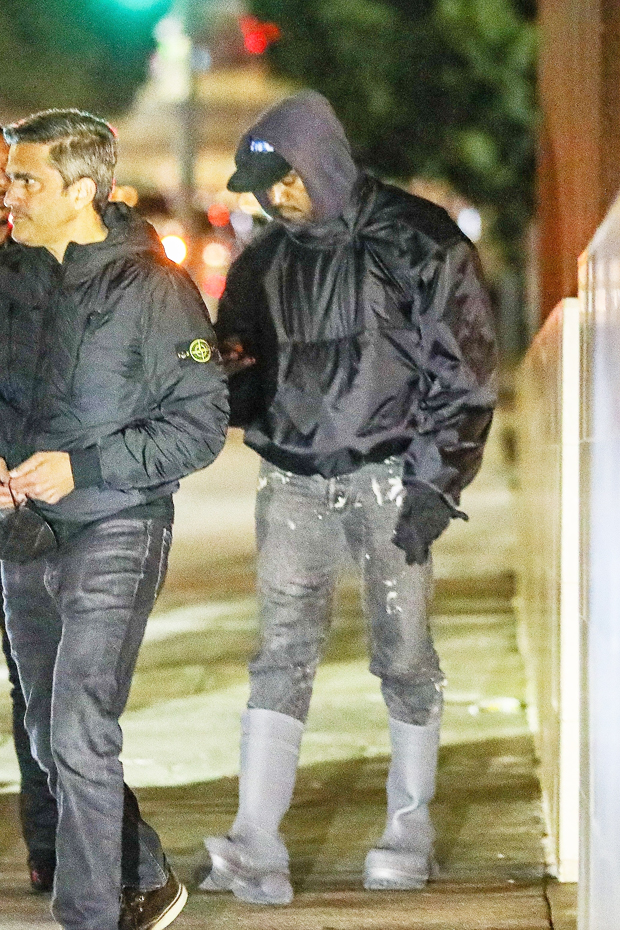 Yeezy sported a pair of gray jeans with some white splattering designs on them. He also rocked matching boots, a black puffy jacket over a hoodie and a baseball cap. As the rapper walked, he had a solemn expression on his face, as he looked down and checked his phone.

While Kanye seemed a little sad, his ex-wife, 41, and her seemingly new beau, 28, had an extremely busy weekend together. Since Pete didn’t have to go in for Saturday Night Live, the pair had a romantic movie date together on Saturday in Pete’s hometown of Staten Island, NY. Kim also met Pete’s mom Amy Davidson, and the pair met Scott Disick and an unidentified brunette woman for a double dinner date together. After all of that, the SKIMs founder was spotted heading out from Pete’s condo in the Fifth Borough, sneaking off into a car. They weren’t apart for too long though, as the hot, new couple were spotted sharing an intimate breakfast together in Los Angeles on Tuesday. 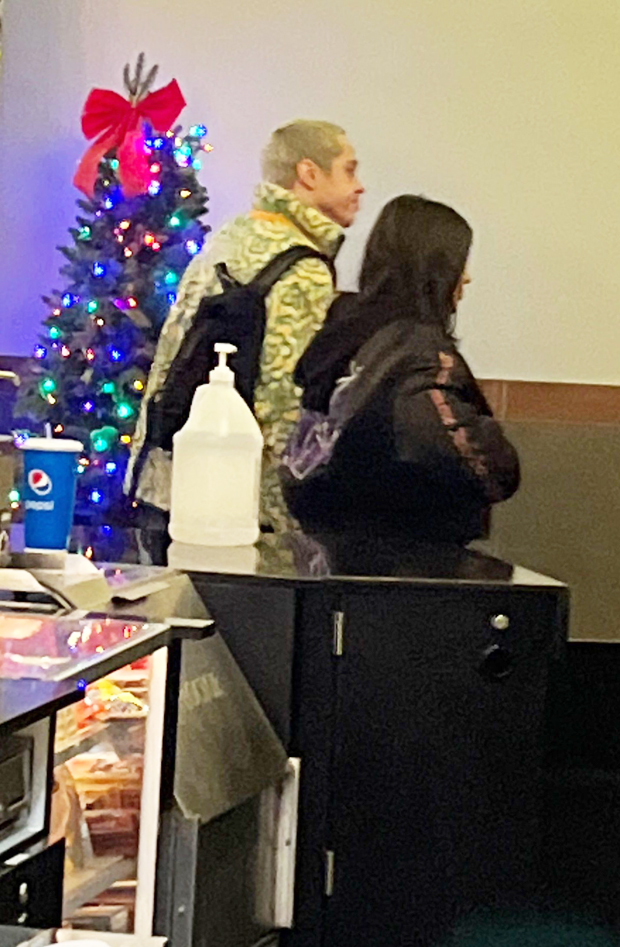 While Kim and Kanye filed for divorce after seven years of marriage in February 2021, Ye has more recently expressed interest in getting back together with Kim. The rapper publicly asked his ex to “run right back” to him during his December 9 benefit concert, in the middle of his track “Runaway.” While Kanye may want to try to make a relationship work with the reality star, Kim definitely seems like she’s been living her best life since the split. Shortly after Kanye’s concert, Kim got in contact with a lawyer to have herself declared “legally single.” A source close to Kim revealed to HollywoodLife exclusively that she was looking forward to spending time with her new comedian boo after filing the paperwork. “The only thing that Kim really wanted was to see Pete. Although she is still waiting for the divorce to be finalized with Kanye, she feels like she is finally free for the shackles of their former marriage,” the source said.