Kate Garraway on the challenges of caring for Derek

Kate Garraway, 55, was left on the verge of tears during this morning’s Good Morning Britain due to the touching remarks from her colleague, Robert Rinder, 44, live on air. The ITV presenter has taken to Twitter to further thank her “good friend” for being “incredibly supportive in the darkest of times”.

Kate took to Twitter to respond to a social media user who praised her dynamic with stand-in host Rinder.

“Rob Rinder had me in tears when he was speaking to Kate! Kate, how is Derek? Hope he is improving.”

Kate replied sincerely in view of her 511,000 followers: “He’s an #angel isn’t he – first time hosting with my good friend @RobbieRinder who many might not know has privately been incredibly supportive in the darkest of times & it’s an absolute privilege to watch his brilliant mind and compassion in action on @GMB.” (sic) 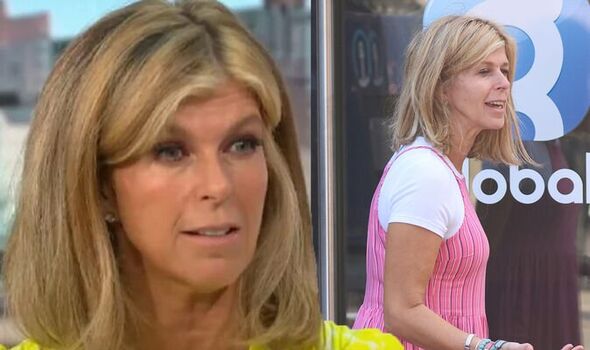 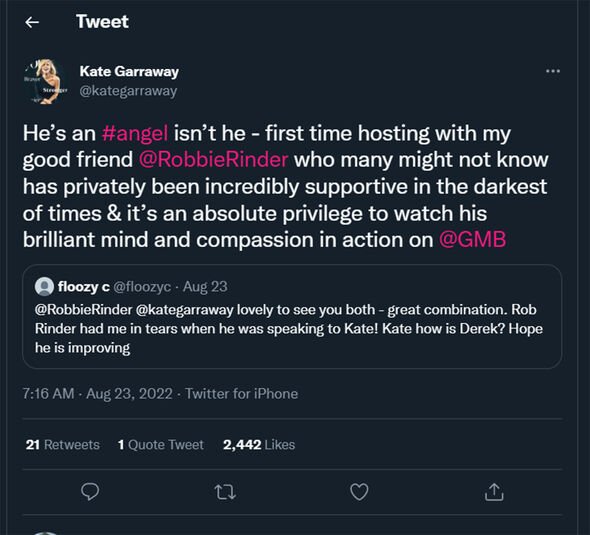 Many social media users took to the post’s comments to share their admiration for the GMB duo.

RachelOkin said: “This is a great duo. I have always loved Kate. I adore Rob, he is perfect as the co-host on GMB, he’s actually perfect in everything he does.

“GMB has never been the same since Piers left, this partnership on a permanent basis could turn it all around.”

Globalheirtrace added: “I think you both work so well together @GMB. Kate your amazing, sending hugs and strength and Robbie your wit and intelligence and so easy on the eye it’s a joy to watch. Perfect duo.” (sic) 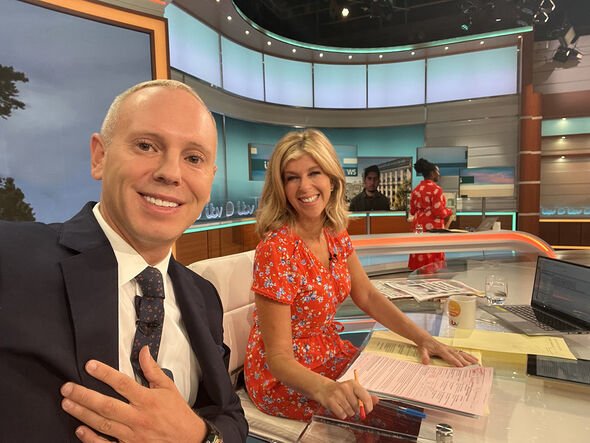 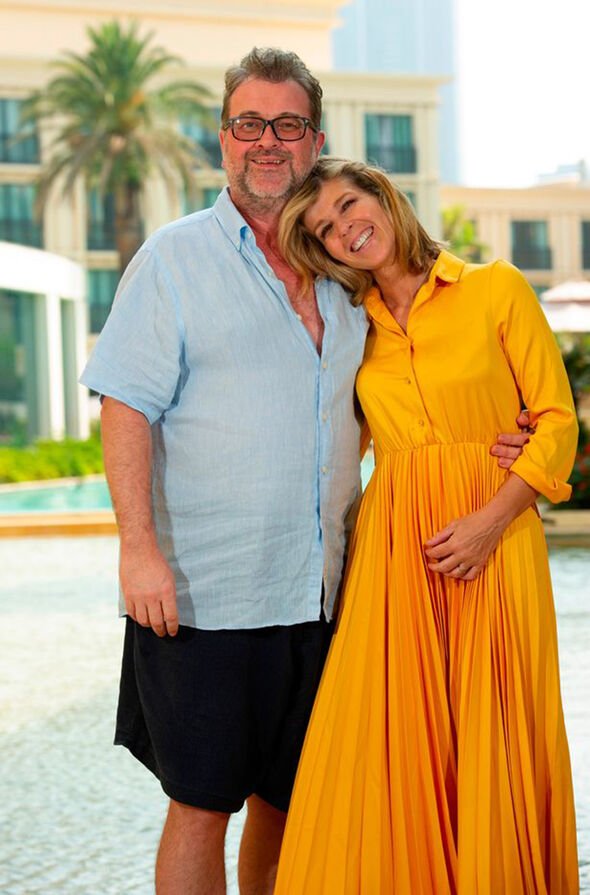 This comes after Rinder nearly had Kate in tears as he credited her strength since her husband, Derek Draper, was first diagnosed with Covid in March 2020.

He said: “First of all you’re sunshine in human form. I just want to say more than anything else you model the possibility against the backdrop of darkness of being light in every sense.

“I’m so proud of you today with your amazing documentary, Caring For Derek, being shortlisted for a National Television Award.

“Your capacity to use the platform you have for change, for authenticity just makes me proud to know you.”

Her husband Derek suffered significant damage to his organs after being left on a ventilator while in intensive care for 214 days.

Derek has also reportedly also been re-admitted to hospital for a “serious operation” after his recent “life-threatening” sepsis.

According to The Sun, Kate was at Derek’s bedside last week as he suffered another setback.

A source told the publication that the former lobbyist had an operation on his kidneys, branding the surgery “another hammer blow for poor Derek”.

The source revealed: “He is giving the fight against Covid his absolute all, but his kidneys have suffered some pretty serious damage.

“Doctors explained there was no alternative but to operate. Of course, Kate and the family are worried, but she’s been reassured the procedure itself is routine.

“Everyone has everything crossed, and Kate is being her usual stoical self and keeping everything running, business as usual, on the home front.”