Kate Winslet returns to work after being rushed to hospital

Titanic actress Kate Winslet, 46, has returned to work in Croatia today following a hospital dash yesterday. The Hollywood star sparked concern when she “slipped” on set, but she is now thankfully already feeling fit enough to get back into character.

Kate appeared to be in good health as she was pictured wearing a khaki cargo jumpsuit on the set of her new film, Lee.

The movie is being shot in the small village of Kupari, and sees Kate looking deliberately dishevelled in US military gear.

The photos showed crew members surrounding the actress as she navigated her way across rubble and debris.

The incredible pictures have surfaced just one day after reports Kate had been taken to hospital after sustaining a leg injury on set. 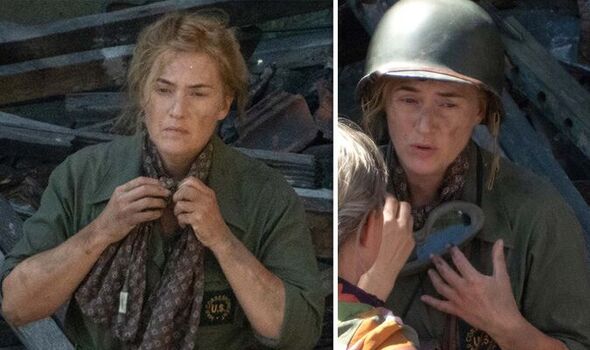 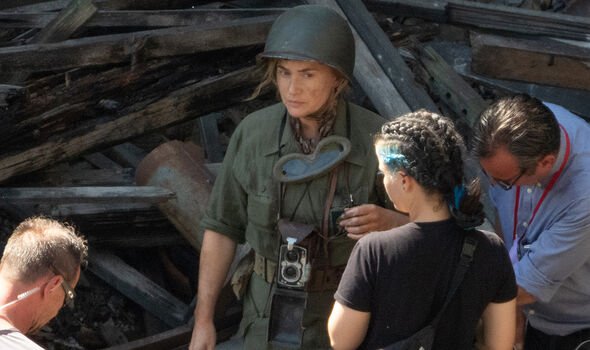 She was reportedly rushed to Dubrovnik Hospital which is 15 minutes away and arrived in a black van.

According to the Croatian press, the Mare of Easttown star walked into the hospital wearing black clothes and a face mask.

Express.co.uk contacted Kate’s representatives for comment, who provided an update on the situation.

A spokesperson told Express.co.uk: “Kate slipped and was taken to hospital as a precautionary measure required by the production. 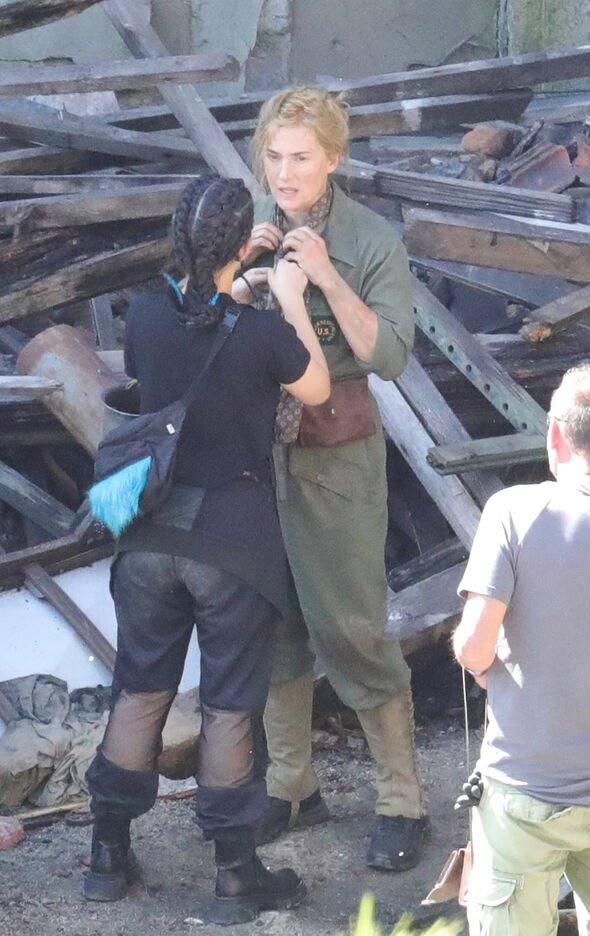 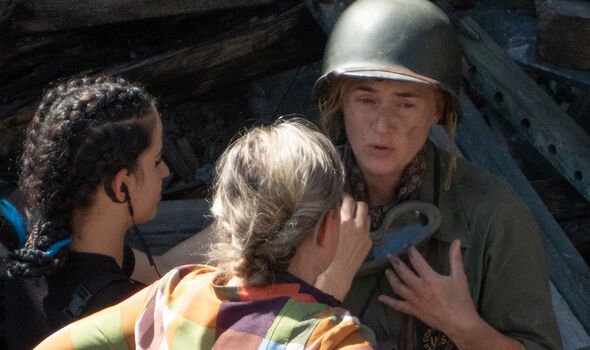 “She is fine and will be filming, as planned, this week.”

Kate is currently shooting a film about a wartime photographer from Vogue magazine, Lee Miller.

The World War II correspondent for British Vogue was a celebrated photographer who worked under the magazine’s formidable editor-in-chief, Audrey Withers.

The film will be directed by Oscar-nominated talent Ellen Kuras, who has previously worked on high-profile films such as Eternal Sunshine of the Spotless Mind.

The project has been titled Lee and will take inspiration from the biography, The Lives of Lee Miller, by Antony Penrose.

Antony is Lee’s son, whom she shared with her second husband Roland Penrose, a historian and champion of the Surrealist movement.

Lee might have perhaps been best known as the muse and lover of the Surrealist artist Man Ray.

However, thanks to the work of her son to promote her incredible legacy as a fashion and war photographer, her reputation has been recovered as an artist in her own right.

Kate has been cast in the lead role, while Jude will play Roland and Josh will portray Antony.

Audrey Withers will be played by actress Andrea Riseborough, while Marion Cotillard will star as director of French Vogue, Solange D’Ayen.

Kate is an award-winning actress, best known for her role as Rose in the film Titanic, and has more recently won critical acclaim for her role in the HBO show Mare of Easttown.