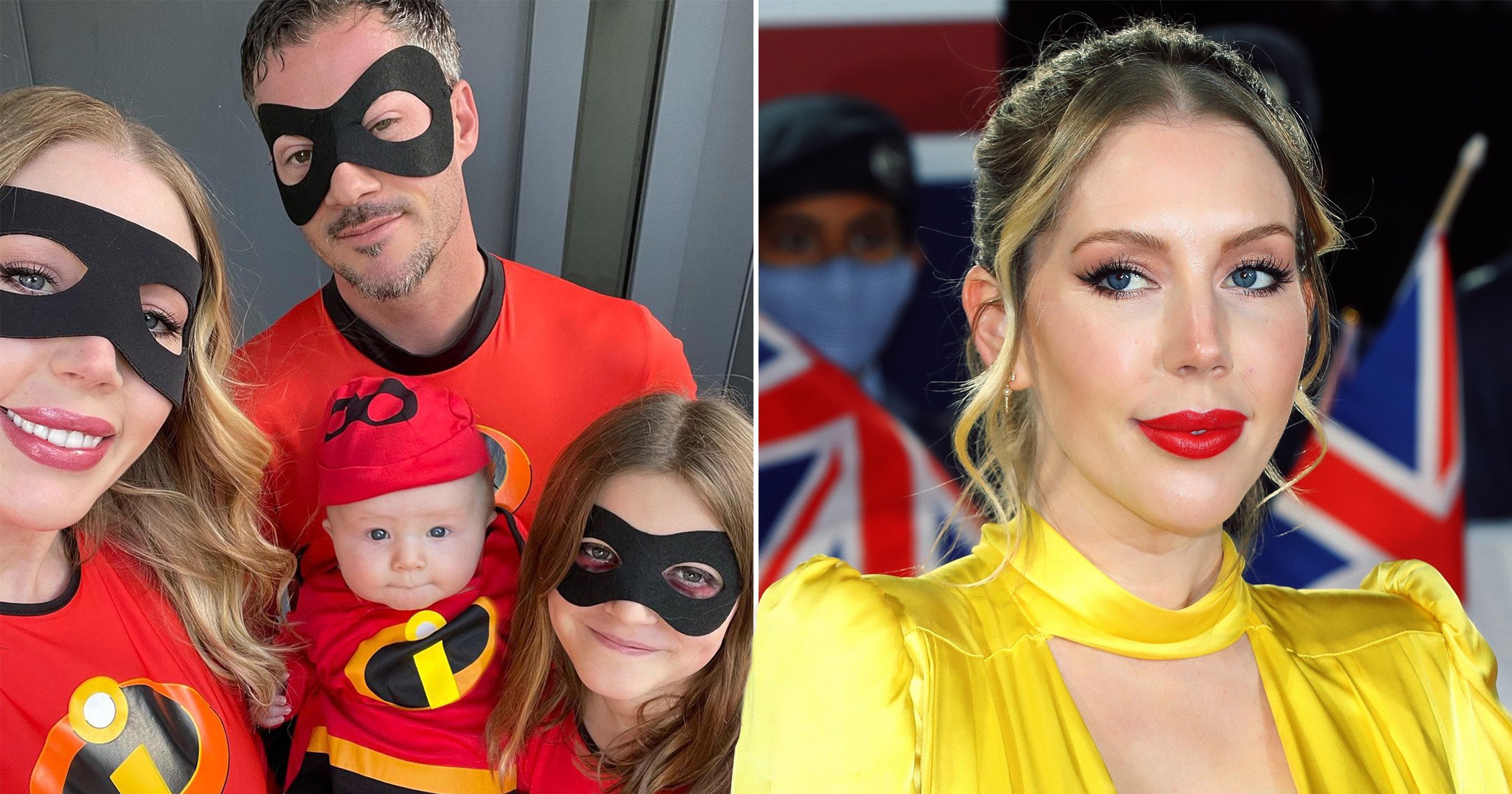 Katherine Ryan has admitted she regretted posting a photo of her daughter Violet on Instagram ‘almost immediately’ due to comments from followers.

The comic furiously spoke out after some followers decided to take issue with how the 12-year-old’s eyes looked in a cute family Halloween snap that saw Katherine, her husband Bobby Kootstra, Violet, and baby Frederick dress up as The Incredibles.

Katherine said she received unrelenting messages asking what was wrong with her daughter’s eyes, with some claiming that she’d been ‘covering up black eyes’.

Speaking on her podcast Telling Everybody Everything, the 38-year-old said: ‘I don’t put many pictures of her on social media but she’s at the age now where she’s asking why that is, she thinks it’s quite weird.

‘I’ve explained what it is to be a woman on the internet and why it isn’t really safe, and I’ve also explained that posting too much about her early on would be exploitative…she said, “Well, I want to be on your social media sometimes, I don’t want to feel left out. I love the idea of being on there.” So I do moderate it, I don’t put her on a lot.

‘But I did share this photo, and I regretted it almost immediately. I had so many messages’.

Katherine went on to say that it would have been a fair question to ask about her daughter’s eyes ‘unless it’s Hallow-f**king-ween.’

She pointed out how bizarre it is to claim that she had ‘some nefarious intent’ towards Violet, and how strange it would be to post a photo on social media if her daughter did have black eyes that she was trying to ‘cover up’.

The comic went on to say that, if people were genuinely worried, they should have called the police rather than DMing her.

‘It’s just crazy,’ she said. ‘Don’t ask a question again and again until you get the answer you want if you’re not willing to accept the actual answer the first time. F**k off!’

‘It was a good opportunity to tell Violet, “Sometimes people are just going to get things wrong and you have to be pretty chill about it and let them get things wrong,”‘ she continued.

Violet, who is Katherine’s daughter from a previous relationship, sported spooky makeup around her eyes in the sweet family photo, and the trademark superhero mask, along with Katherine and Bobby.

Although she likes to keep her family life private, Katherine has on occasion opened up about her close bond with her daughter, describing her as the ‘love of my life’.

Violet became a big sister earlier this year as Katherine and Bobby, who rekindled their romance after being high school sweethearts and then tied the knot in 2019, welcomed their son Frederick.

Opening up about the siblings’ sweet bond, she told Metro.co.uk: ‘I had a hard time when my daughter was born. I was 25 and I didn’t know what was going on, I questioned a lot of my life choices, I was really emotional and I really felt alone as my family was so far away.

‘And now I don’t know what it is about this little boy, he just eats and sleeps and he is so lovely. I think I appreciate it a lot more because I’m older and because I have a live in babysitter essentially, because Violet is 12.

‘She loves him and he’s so small. I don’t think many 12-year-olds see newborns – you don’t really see babies out in the wild until they’re like three months – and she loves him.’