Kay Burley has turned to charity work following her temporary suspension from Sky News, as the presenter was spotted volunteering at a food bank in London.

The news presenter agreed to be taken off-air after she was caught breaching lockdown rules to celebrate her 60th birthday at a restaurant in December.

With more free time on her hands, Kay has teamed up with London charity Community Kitchen and was spotted handing out food to disadvantaged families in Brent, north west London.

While packaging the food parcels, Kay explained the charity’s mission on camera and said: ‘We’ve got ready meals, vegetarian of course, water. We have lots of volunteers packing them, we have tons of them already.’

Kay wore a hi-vis vest and green puffer jacket while adhering to health and safety measures with gloves and a pink face mask.

The presenter recently spent time in South Africa to celebrate her 60th birthday and reportedly stayed at Richard Branson’s exclusive resort, Sabi Sand Game Reserve, to be closer to the wildlife.

In December, Kay was pictured at a restaurant in central London with a group of friends after dinner to mark her milestone birthday. At the time, London was under tier two rules which banned mixed households from gathering indoors. 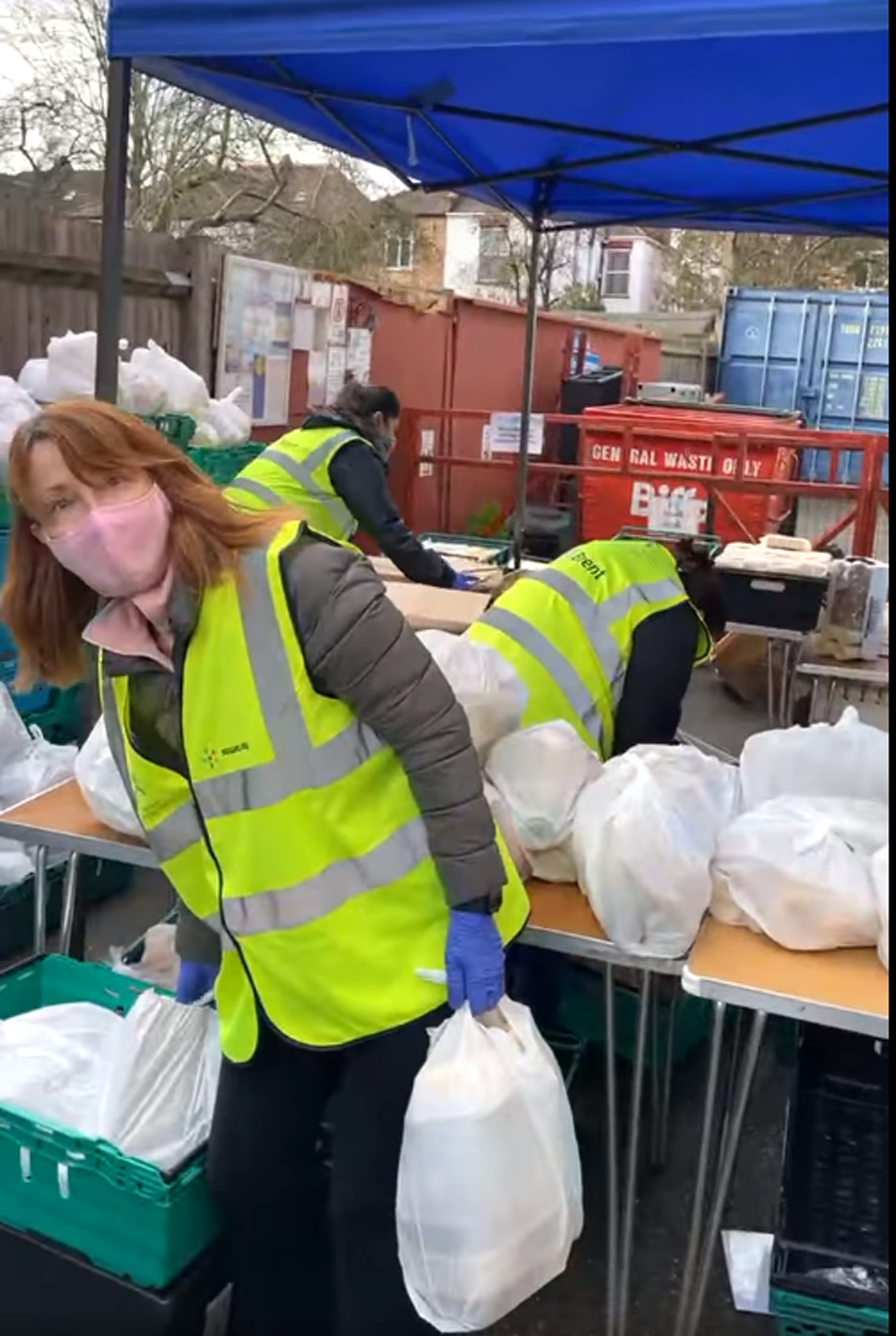 She first visited Century Club in Soho with a group of 10 that included three of her Sky colleagues. Kay’s party sat at two tables before going on to a nearby restaurant. It was also reported a smaller group of four then returned to her home to continue the celebrations.

However, Kay stated that she only popped into a second restaurant to use the bathroom.

Sky News then announced that Kay would be suspended for six months while her colleagues, political editor Beth Rigby and North East England correspondent Inzamam Rashid, were taken off air for three months each.

Apologising for the lockdown breach, Kay said at the time: ‘I have today agreed with Sky News to step back from my broadcasting role for a period of reflection.

‘It’s clear to me that we are all in the fight against Covid-19 and that we all have a duty to stick firmly by the rules. It doesn’t matter that I thought I was Covid-compliant on a recent social event. The fact is I was wrong, I made a big mistake, and I am sorry.’

She continued: ‘Some dear friends and colleagues – some of the most talented and committed professionals in our business – have been pulled into this episode and I regret this enormously.

‘I was one of the founding presenters on Sky News. No one is prouder of our channel’s reputation, the professionals on our team, and the impact we make.

‘I very much look forward to being able to continue my 32-year career with Sky when I return.’

Kay is expected to be back on Sky News in the summer, while Beth and Inzamam should return early spring.