Kelly Ripa is making the most of her time off work during her summer vacation – and she had another reason to celebrate on Tuesday too!

The Live star’s only daughter Lola has been counting down the days until her debut single release, and on Tuesday it was finally available to listen to on Spotify.

Kelly shared a countdown alongside a photo of her and Mark Consuelos by the pool awaiting the new music, and later posted details of the song – including the swipe-up link to hear it.

Lola’s song, called Paranoia Silverlining has already proved to be a huge hit since its release and both Kelly and Mark incredibly proud of her.

MORE: Kelly Ripa’s real reason for time off Live revealed – and it involves her family

Lola is notoriously private and Kelly – who often talks about her family on her talk show – often jokes that she has to ask her daughter for permission to share any photos of her on social media.

The 21-year-old celebrated her milestone birthday earlier in the year, and is currently studying music at New York University. 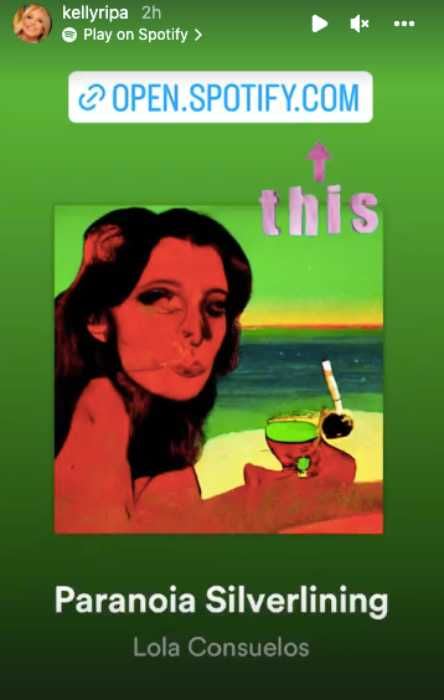 Discussing the moment Lola moved out of the family home in the Upper East Side during a previous episode of Live, Kelly explained: “We moved Lola into her dorm and it’s one of those things that you don’t realize how close [the kids are]. The younger two are really close in age.

“Like, I didn’t even know I was pregnant with the third one because I was still nursing the second one … I didn’t realize how close they were until it was time to say goodbye.”

Indeed the family are incredibly close and Lola’s older brother Michael, 25, shared his pride for his sister on social media shortly after her song dropped too. 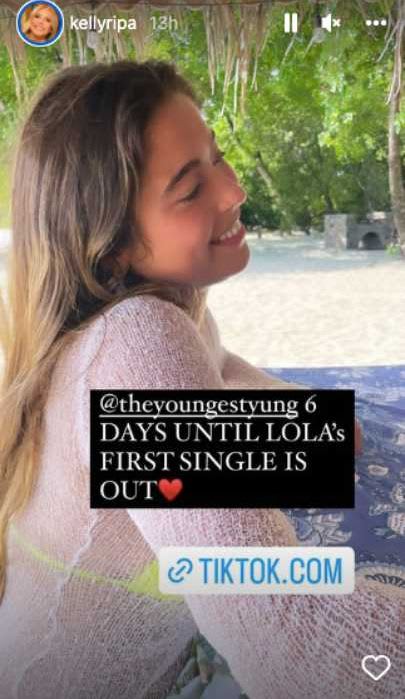 Kelly is incredibly proud of her daughter!

“My sister made a frigging amazing song. Check it out on Spotify NOW,” he wrote. It’s an exciting year for Lola, as she’s set to move to Europe in September for a study abroad year at college.

Kelly recently revealed that she wasn’t around on her 21st birthday as she was checking out apartments, but that they were going to celebrate when she returned to New York.

Kelly and Mark are also parents to youngest son Joaquin, 19, who is currently studying at the University of Michigan.