Right after taking a romantic tropical getaway with Kendall Jenner, Devin Booker tested positive for COVID-19. He revealed his symptoms on Sept. 26.

Devin Booker took to Twitch on Sept. 26 to reveal that he contracted the coronavirus. “Honestly, y’all, I’m feeling straight,” he confirmed. “The only thing I’m dealing with is no taste, no smell, which is the worst part of it.” He said that having no smell and taste has made his days “dry” and “gray,” and also confirmed that he was “about a week in” to his diagnosis.

Naturally, questions came flooding in regarding whether or not Devin had received the COVID-19 vaccine, but he would not give an answer. “I’m not going to tell you guys if I got the vaccine or not,” Devin admitted. “But you can still get COVID with the vaccine, for anyone who’s saying that. Educate yourself.” Indeed, there have been plenty of breakthrough COVID-19 cases from people who are vaccinated, but symptoms are generally said to be much less severe. 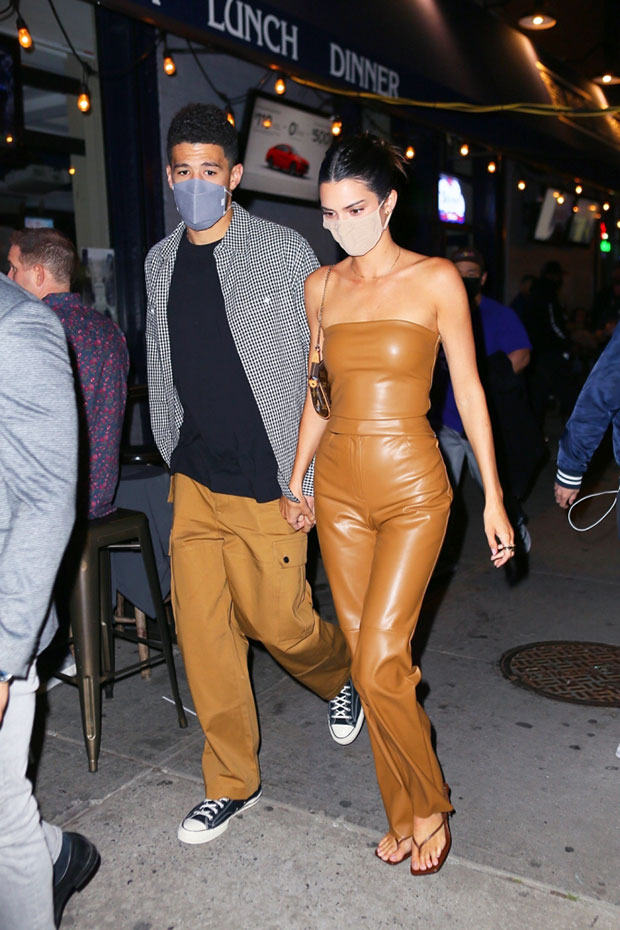 Devin’s diagnosis comes following his tropical trip with girlfriend, Kendall Jenner. Kendall has not revealed whether or not she tested positive for the virus. However, fans do know for certain that the model is vaccinated, as she went to the 2021 Met Gala earlier this month, where guests were required to have the vaccine if they wanted to attend. 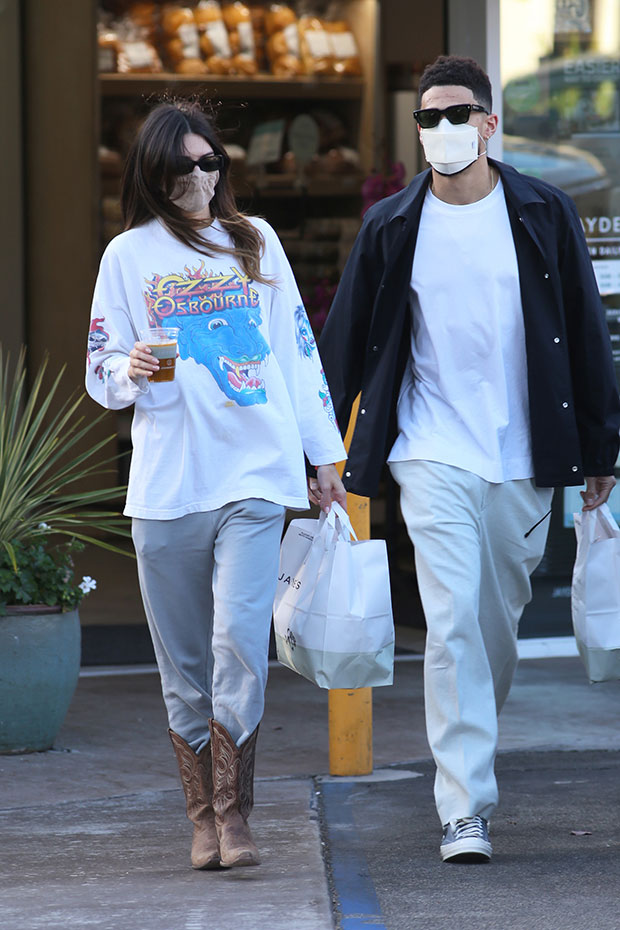 Kendall and Devin celebrated their one-year anniversary over the summer. Although they were very private about their relationship at first, they have not been hiding their love for one another in recent months. Kendall was super supportive of Devin as he made a run in the NBA finals with his team, the Phoneix Suns, in July. She also publicly showed him love after he won a gold medal at the Tokyo Olympics in August.

During Devin’s off-season over the past several weeks, he and Kendall have practically been inseparable. At the end of August, they took a trip to Europe with friends, and were seen packing on the PDA on a number of occasions. Devin was also by Kendall’s side at New York Fashion Week in early September.