Kevin Clifton, 36, opened up about an upcoming project outside of Strictly Come Dancing in response to a fan who asked the dancer whether he had “any tours planned for next year”. The BBC favourite, who won the show with his dance partner and rumoured girlfriend Stacey Dooley, 32, last year, revealed something he has been working on for “years” would “finally” be happening in 2020. Kevin’s admission came after a Twitter user wondered: “@keviclifton enjoyed #OfficialBTF and @rockofagesuk so much this year. “Do you have any tours planned for next year? Because you were amazing in both and made me realise just how much the arts have changed my life for the better. Thank you xx.”

The professional dancer retweeted the query in view of his 232,000 Twitter followers and wrote back to the fan: “So sweet.

Fans took to the comments section of the star’s tweet to speculate about the nature of the secret project.

One wrote in reference to the dancer’s sister Joanne Clifton, 35: “Jo and Kev – a new musical? Please come to Poole/Bournemouth.”

A third replied: “That sounds exciting Kevin, when do we get to know what the project is?” 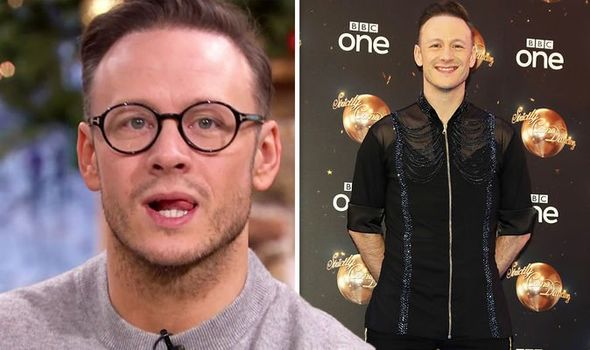 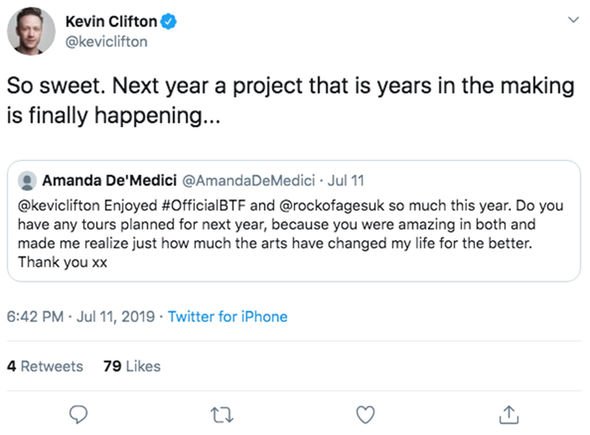 A fourth commented: “How exciting. I hoping it’s something I can get to see you in.”

Kevin’s revelation comes after a source suggested that his “honeymoon period” with reported beau Stacey Dooley is over.

The insider told The Sun the alleged couple were “infatuated with each other”.

They added: “Their relationship was incredibly quick and passionate.

“She lived at his place and they were totally wrapped up in one another, 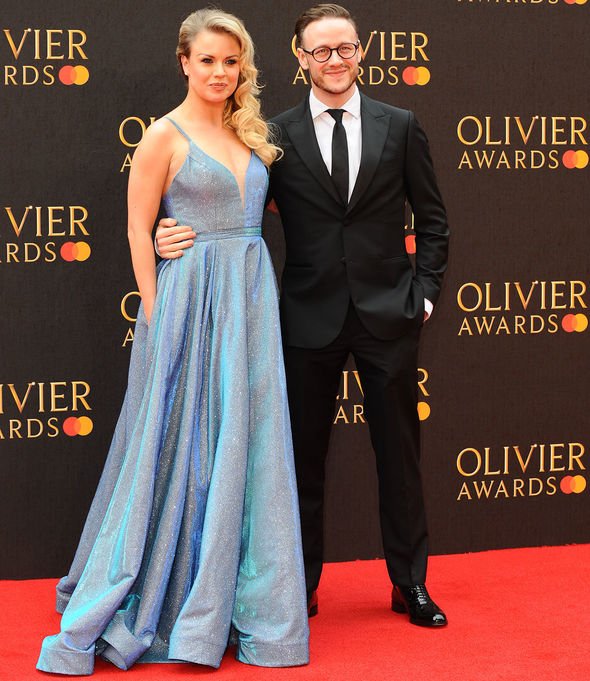 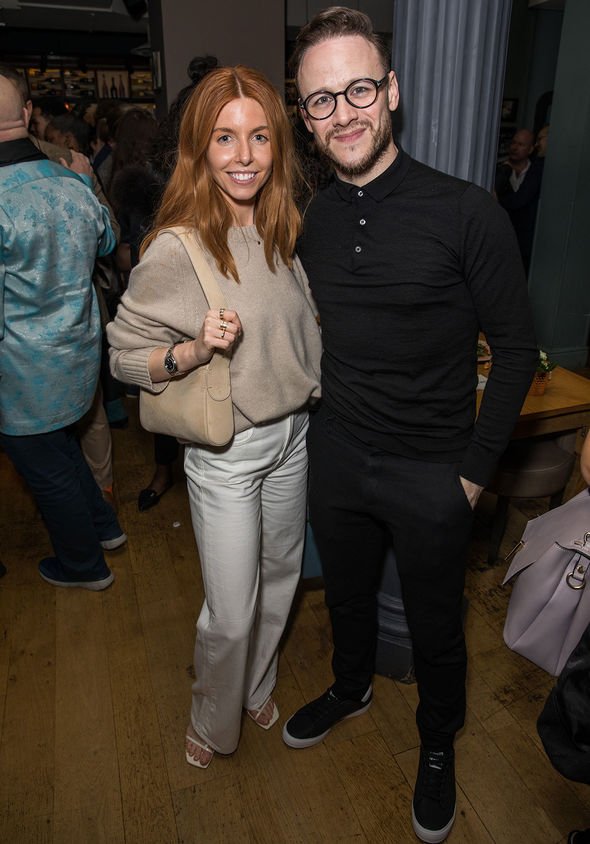 “They talked about getting a place together and it was really intense.

“But now the honeymoon period has ended and they’re both working very hard again, she thought it best to slow things down and get a place of her own.”

They added: “Kevin understood and agreed it was probably best for them to have their own space.”

Express.co.uk has contacted representatives for Stacey and Kevin asking for comment.

Stacey showed off her new apartment on Instagram earlier this week with a series of photos taken at the property.

The documentary filmmaker previously admitted the place was looking “sparse” when she moved in, but remained adamant she would “sort the flat out this month”.