Kim Cattrall feels fortunate that she can step away fromSex and the City as rumors have started that the popular series and films are getting a new life.

In a new interview for the Women’s Prize for Fiction podcast, Cattrall opened up about the backlash she’s received in recent years for declaring that she would not be returning to her most iconic role.

“It was a lot of fun and I loved it and being in new territory is always exciting. I felt like we were,” she said of the groundbreaking series. “Walking away, even if it’s the only thing to do, you always feel, it’s a bit of shame, I think. The taste of shame and you have to let go of that. You don’t want to become that caged bird.”

She added that the backlash she received from people mostly had to do with fans who thought she should swallow any negative experiences and just learn to deal with it.

“I remember getting a lot of grief on social media for not wanting to do a film. It was astonishing some of the things people wrote to me — ‘I work in a bank and I don’t like this person and I don’t like the hours, but I do it. So you just do it!'” Cattrall shared. “Give me what I want. I do it. I’m miserable, you be miserable too.” 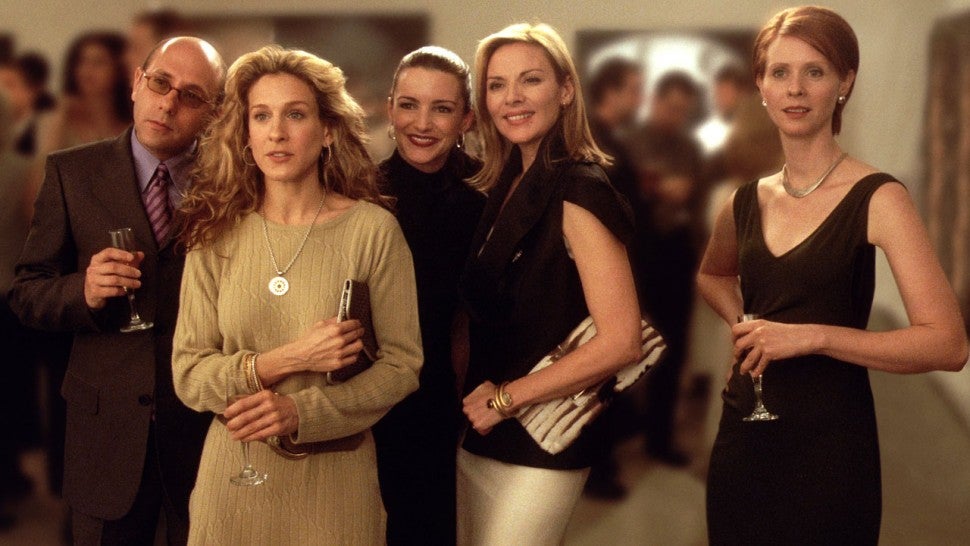 Cattrall is glad she can make the own decisions about her career path now.

“I’m lucky enough to have the choice, not that I haven’t worked for it. I have,” she continued. “It’s something I feel very lucky to have and I’m very protective of it. I wouldn’t be any good doing something that I really didn’t want to do.”

Moving forward, Cattrall has a clear goal with her work.

“I want to use my platform to tell stories about women my age who have gone through loss. Loss is the biggest headache for my ’60s so far, I’ve lost my father. I’ve lost my brother,” she shared.

Cattrall’s interview comes as new rumors of a Sex and the City reboot have resurfaced. The New York Post has reported that there’s “buzz” around a limited series reboot with the original stars including Sarah Jessica Parker, Kristin Davis and Cynthia Nixon.

Cattrall has been very vocal about “never” reprising her role as Samantha. In September 2019, ET’s Nischelle Turner spoke with SJP about a potential return to the franchise.

“I think to do some episodes of Sex and the City, I wouldn’t call it a reboot, I would call it a ‘revisit,'” she told ET at the time.