Kobe Bryant had already made plans for his daughter, Gianna — AKA GiGi — to follow in his legendary footsteps by filing to trademark her very own hoops nickname.

TMZ Sports obtained the paperwork Kobe filed for “Mambacita” on Dec. 30, 2019. Of course, the name is both a tip of the hat to GiGi’s father — the Black Mamba — and also to her own growing prowess on the hardcourt.

According to the docs … the plan was to put “Mambacita” on all sorts of sportswear — shirts, shorts, hats, jerseys, sweatpants, sweatshirts and hoodies.

Kobe had started referring to his 13-year-old daughter by that handle on social media. In fact, one such post, back in November, is eerily poignant today. Kobe praised GiGi’s offense, and also the defense of Alyssa Altobelli.

I hate seeing my #teammamba girls play against each other. This is GREAT defense by our mamba pg Alyssa Altobelli and a familiar looking fade by our 2gd the #Mambacita

Alyssa, her mother and father — Keri and John Altobelli — all perished on the chopper Sunday. Alyssa, like GiGi, was a star player at Kobe’s Mamba Academy.

Kobe ended the post by shouting out the “familiar fade” shot by his beloved daughter … “#Mambacita.” 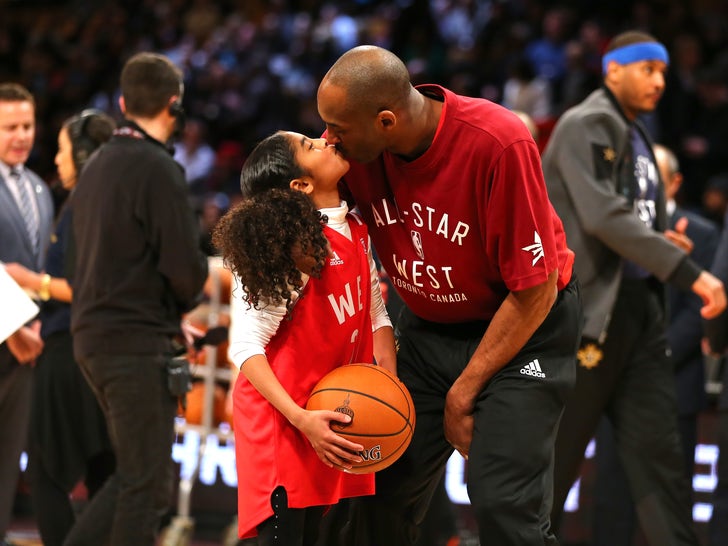