All eyes on them! Kourtney Kardashian and beau Travis Barker continued their PDA streak while watching the UFC 264 match on Saturday, July 10.

In between punches from Dustin Poirier and Conor McGregor, play-by-play announcer Jon Anik narrated a televised segment about which stars were in attendance at the big event. As the camera panned to Kardashian, 42, and Barker, 45, the duo embraced in a serious makeout session. The UFC announcer quipped, “Travis Barker and Kourtney Kardashian must know the camera is on them.”

The Poosh founder and her rocker boyfriend are no strangers to steamy PDA. In June 2021, Kardashian posted two snaps of the couple kissing in the recording studio via Instagram. In the photo, the Blink-182 drummer had his hands wrapped around the reality TV personality’s bottom as she straddled his lap. She simply captioned the post, “🥺🖤❤️‍🔥,” and he replied with “My baby❤️‍🔥.”

Kourtney Kardashian and Travis Barker Bond With Each Other’s Kids

The couple continues to get closer, even taking steps to blend their families. The pair have celebrated holidays and went on vacations to the beach and Disneyland together.

For Kardashian’s daughter’s 9th birthday on Thursday, July 8 — whom she shares with ex Scott Disick, along with Mason, 11, and Reign, 6, — the musician taught Penelope how to play a personalized pink drum set. Kardashian shared an Instagram slideshow of the birthday girl and Barker rocking out. The rocker commented on his girlfriend’s post, “Penelope you’re a rock star. HAPPY BIRTHDAY!”

Us Weekly previously confirmed the couple was dating in January after speculation they were together following a hangout session at Kris Jenner’s home in Palm Springs, California. 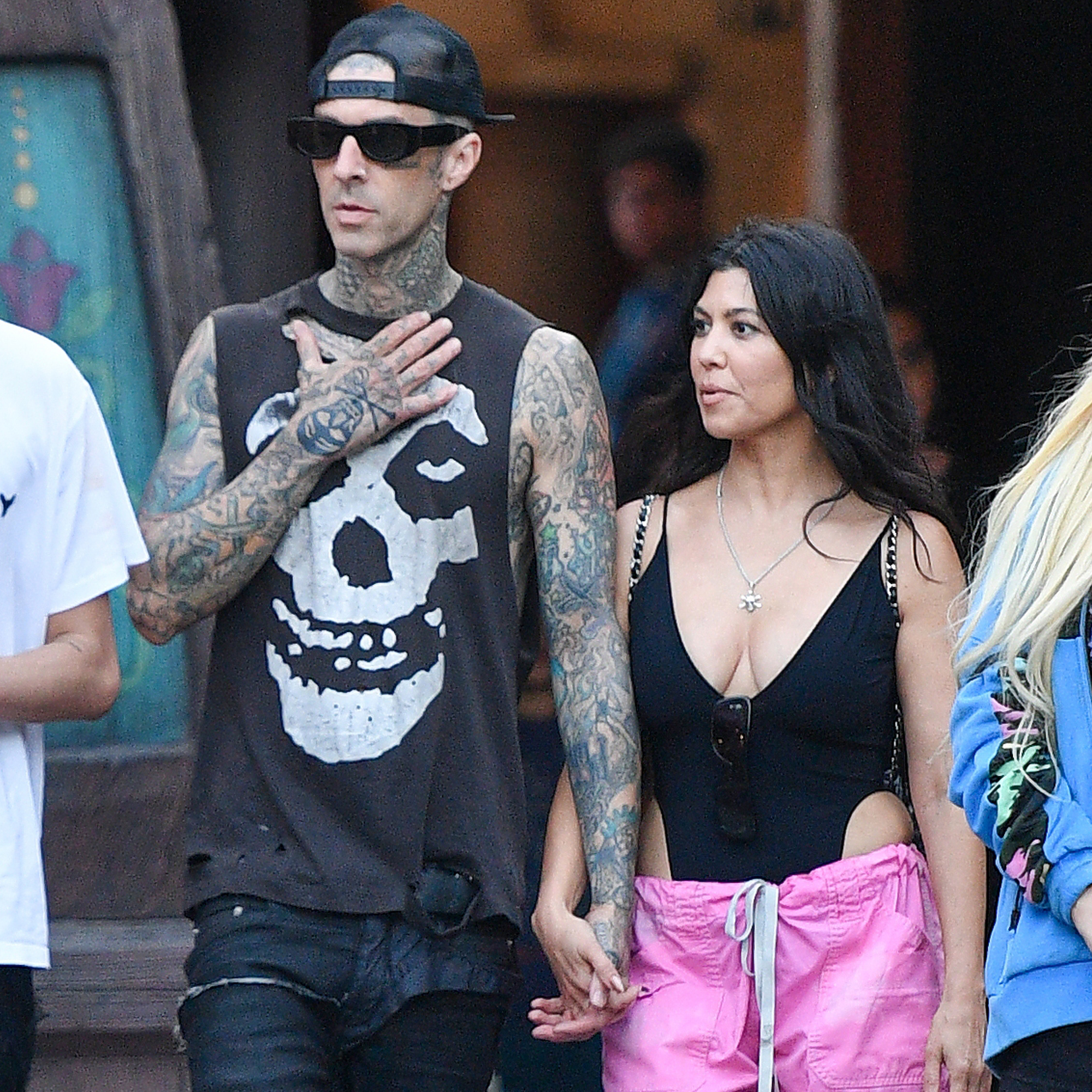 “Kourtney and Travis are officially a couple,” the insider told Us at the time. “They have been close friends for years and have been dating for a couple months. Travis is very smitten with Kourtney and has been for a while.”

By February, the couple had been “spending a lot of time together,” a source exclusively told Us, noting that the couple has both families’ stamps of approval.

“They have big modern families [and they] both are dedicated to their kids,” the source adds. “They come from these modern families with modern relationships. Both of their families are supportive. It’s still very new, but they are both very excited by how easy it all has been.”

In March, a source revealed to Us that the eldest Kardashian sibling was “so smitten with Travis, and everyone around them loves them as a couple.”