Kourtney Kardashian & Younes Bendjima Are Reportedly Back Together

You may think you’re all Kaught Up on her love life, but did you know Kourtney Kardashian and Younes Bendjima are reportedly back together? “In the past, Kourtney was very happy dating Younes and she feels the same now," a source reportedly told People on Dec. 22. "They took a long break because Kourtney felt that she couldn’t trust him. He is trying to convince her that she can though."

Luckily for Bendjima, Kardashian is apparently ready to give him another shot. And Kardashian’s kids reportedly might be happy to see their mom’s ex making a reappearance. “Not only was Younes a great boyfriend, he was also great with Kourtney’s kids. They really like him,” the source reportedly explained. “It’s never easy being a single mom and dating. And Kourtney knows this. It seems she is giving Younes another chance. And she seems very happy about it.” (Elite Daily reached out to reps for both Bendjima and Kardashian regarding the source’s reported claims and did not hear back in time for publication).

Bendjima most recently got a chance to flex his reported skills with Kardashian’s kids on Dec. 18 when People claimed that the couple reportedly took all three of Kardashian’s kids to Disneyland in Anaheim, California to celebrate the birthday of her sons Reign and Mason Disick, who were both born on Dec. 14.

Rumors that Kardashian and Bendjima might be rekindling their year-long romance first started swirling about in early December when the two were spotted out and about together during Miami’s Art Basel.

“They were on the couch together, pretty intimate in a corner,” a source reportedly told People on Dec. 5 of the couple’s behavior at the opening of Socialista Miami on Dec. 3. “They did not want people taking photos of them.” The next night, TMZ snapped pictures of them partying it up alongside Kendall Jenner and Balla Hadid at LIV Nightclub and noted that they were "together and very cozy the entire time at the nightclub." (Elite Daily previously reached out to reps for Kardashian and Bendjima for comment on the reported appearances, but did not hear back in time for publication.) 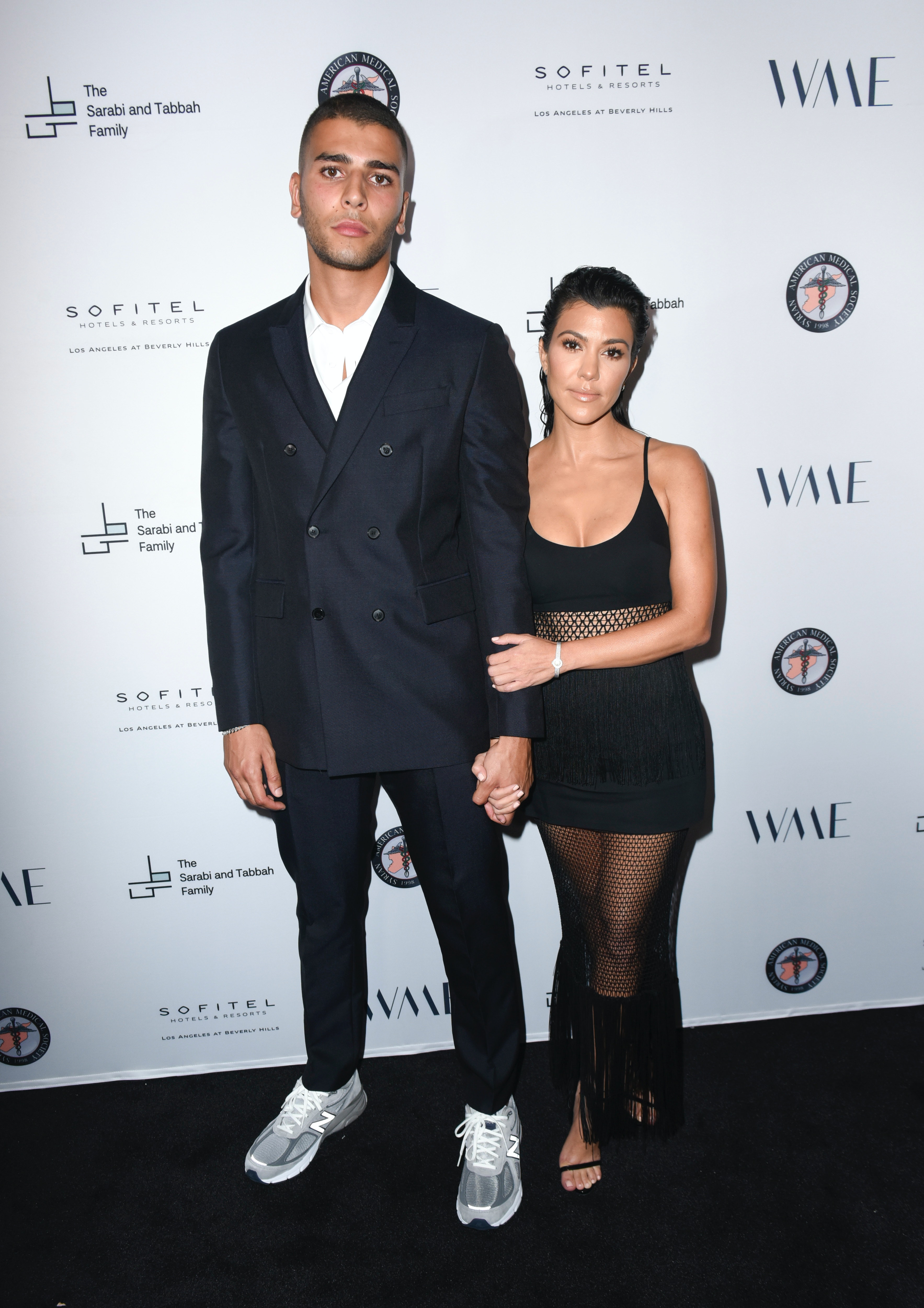 Bendjima, 26, was 40-year-old Kardashian’s first long-term boyfriend since she and Scott Disick officially called things off in 2015. Kardashian, 40, and Bendjima, 26 first went public with their relationship in May 2017 and, according to People, they reportedly split in August 2018.

Here’s to hoping things work out better this time around.