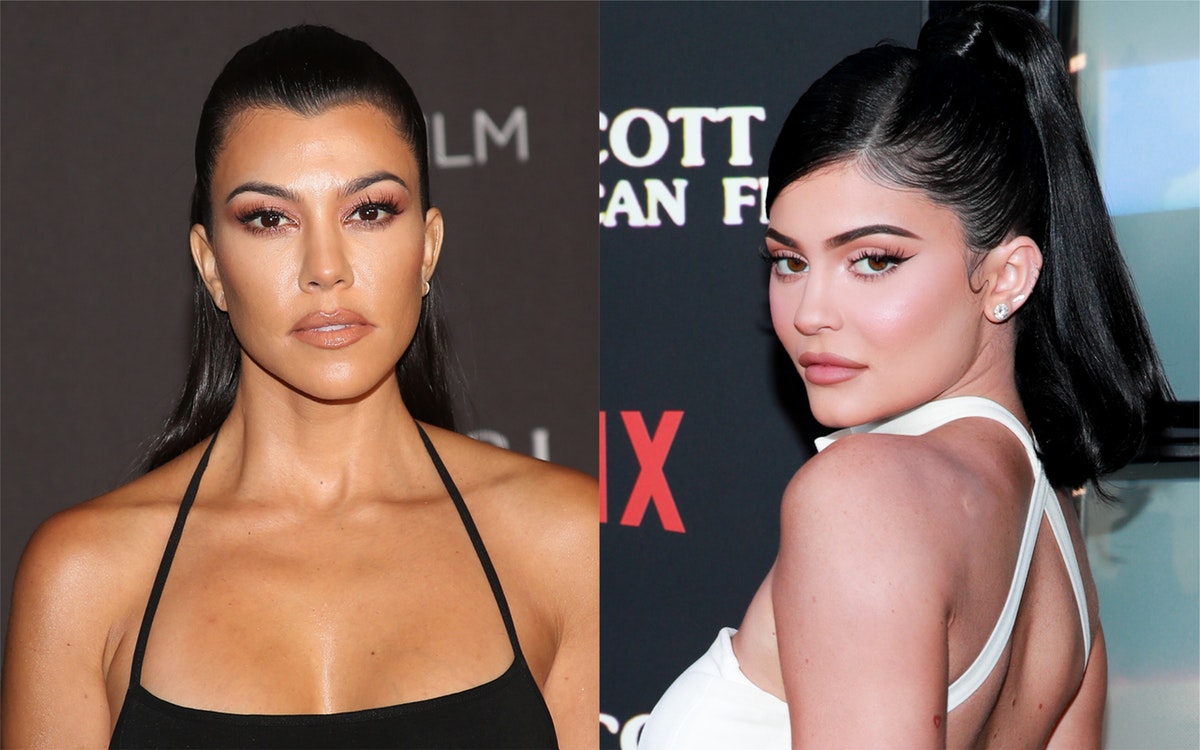 Fans of the Kardashians have supported the family for over a decade. In that time, they’ve seen Kylie and Kendall Jenner grow up and launch successful careers of their own. Outside of KUWTK, Kendall Jenner has made a name for herself in the modelling world, while Kylie Jenner has done the same in the makeup and beauty world. Jenner’s Kylie Cosmetics has actually become so successful that it helped give the makeup mogul the title of "the youngest self-made billionaire ever" by Forbes. While the Kardashian sisters must be incredibly proud of Jenner, Kourtney Kardashian reveals that her sister’s billionaire status also comes with a lot of pressure. Kourtney Kardashian’s quote about Kylie Jenner’s billionaire status is so real.

Kourtney Kardashian opened up about her thoughts on Jenner’s billionaire status while making a guest appearance on the daytime talk show The Real. When asked if she or her sisters ever feel pressure about Kylie Jenner’s impressive title, Kardashian replied with, "I mean, probably subconsciously, it makes us feel like, ‘When is it enough?’"

Earlier this year in March, Forbes released an article calling Kylie Jenner "the youngest self-made billionare ever" at the age of 21. Initially, some people found the "self-made" part of the title inaccurate because they claimed Jenner was able to gain so much success thanks to KUWTK and her family’s financial status. But as fans have seen from Kylie Jenner’s "Day In The Life" YouTube videos, it takes a lot of work to run a company as big as Kylie Cosmetics.

As for Kourtney Kardashian, she admits her sister’s billionaire title makes her feel like she should do more, but at the same time, she doesn’t want to miss out on her children’s lives, which is honestly so sweet.

Kardashian said, "And I think that’s a thing I always think to myself, ‘When is it enough?’ because I don’t like missing out on certain things like doing my kids’ homework or certain after-school activities or different things like that."

Kardashian also said she never expected Keeping Up With The Kardashians to become so successful. She said, "We just kind of did it and it happened so quickly and I don’t think we even thought about it. It was really fun."

In that same interview, Kardashian also addressed rumors that she may be leaving KUWTK. When asked about the rumors, Kardashian said, "So, every day is different." Co-host Jeannie Mai then asked Kardashian if she has seriously considered quitting the show, and Kardashian replied with, "Yeah."

Kardashian admitted she won’t actually be leaving the show, it’s just that some days are harder than others, which is honestly so relatable.

She said, “But at the current moment I’m happy and very into my blessings and feeling very good, but I definitely have my moments, ‘cause I mean, life is short.”

And that’s why I love Kourtney Kardashian, guys. She isn’t afraid to get real every once in a while and share with fans what it’s really like to live in the spotlight. I love you, Kourtney!

END_OF_DOCUMENT_TOKEN_TO_BE_REPLACED

END_OF_DOCUMENT_TOKEN_TO_BE_REPLACED
We and our partners use cookies on this site to improve our service, perform analytics, personalize advertising, measure advertising performance, and remember website preferences.Ok