When I think of celebs who aren’t afraid to challenge beauty norms and rock their own personal style to the fullest, Kristen Stewart is always one of the names that comes to mind. Whether she’s sporting an androgynous ensemble, an editorial makeup look, or one of many bold hairstyles, she’s not one to wear the same look twice, and her dedication to out-of-the-box glamour makes her one of few celebs to constantly leave me wowed. If you haven’t seen Kristen Stewart’s new short haircut, her latest in a string of unexpected style moments, then it’s about darn time you take a moment to appreciate her most wild-child, rockstar strands to date.

When I first saw Kristen Stewart in the film Twilight back in 2008 (I read all the books and was Team Edward in a big way, not that you asked!), I felt a kinship with her right away, mostly because of her looks. She played a pale brunette named Bella, and I was a pale brunette named Bella. I felt so seen! When I started to see photos of her at appearances outside of the film, however, I realized Stewart herself had a much edgier sense of style than Bella from Twilight and her safe, semi-boring brown strands. Stewart’s own personal brand had a much more rock-and-roll vibe, and she’s kept that punk flair even as her style has evolved over the years.

Here’s Stewart back in 2008 with her then-signature Bella brown hair: 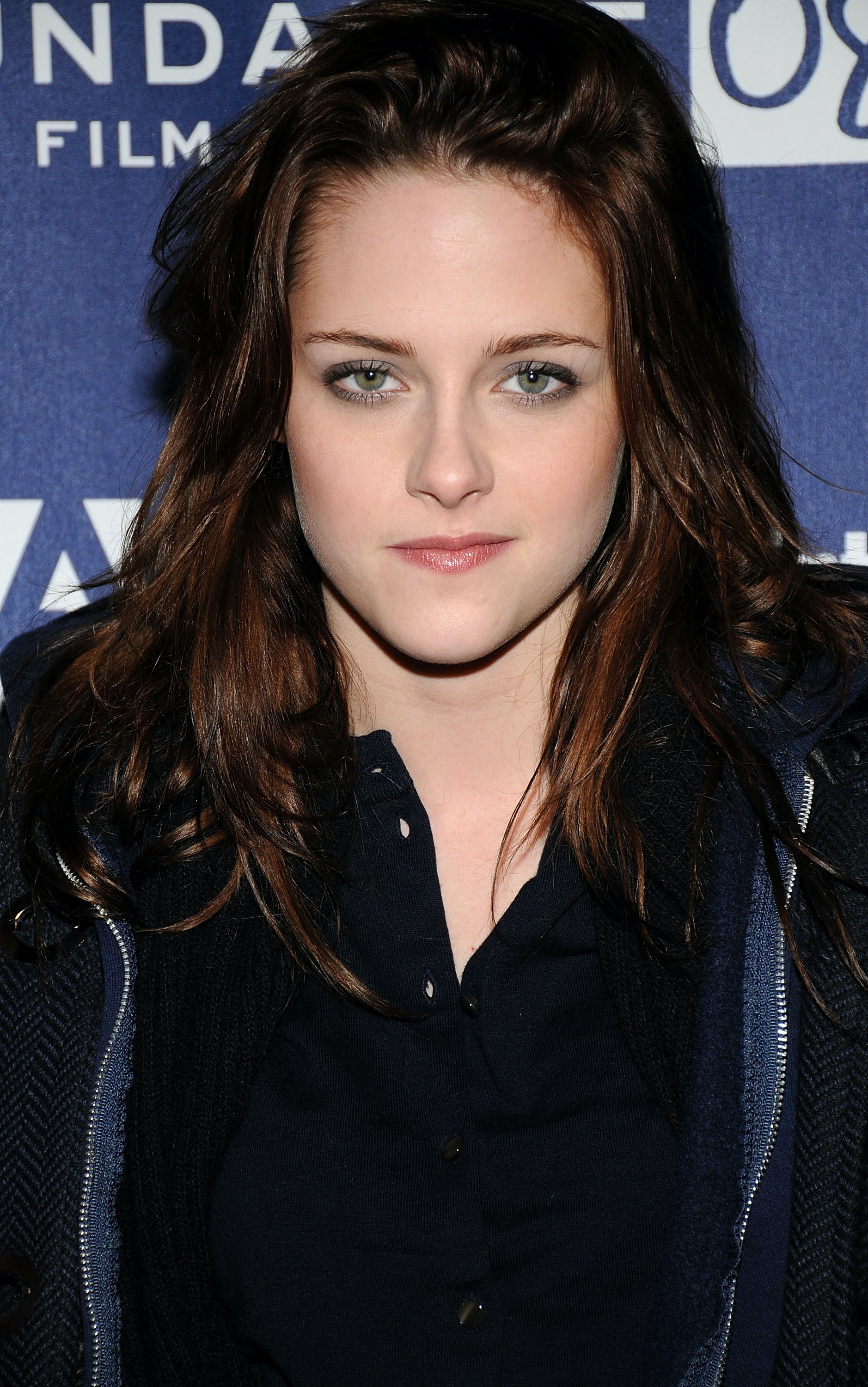 When she got this chop in 2014, I was shook, but in the best way possible. Short hair really suits her! 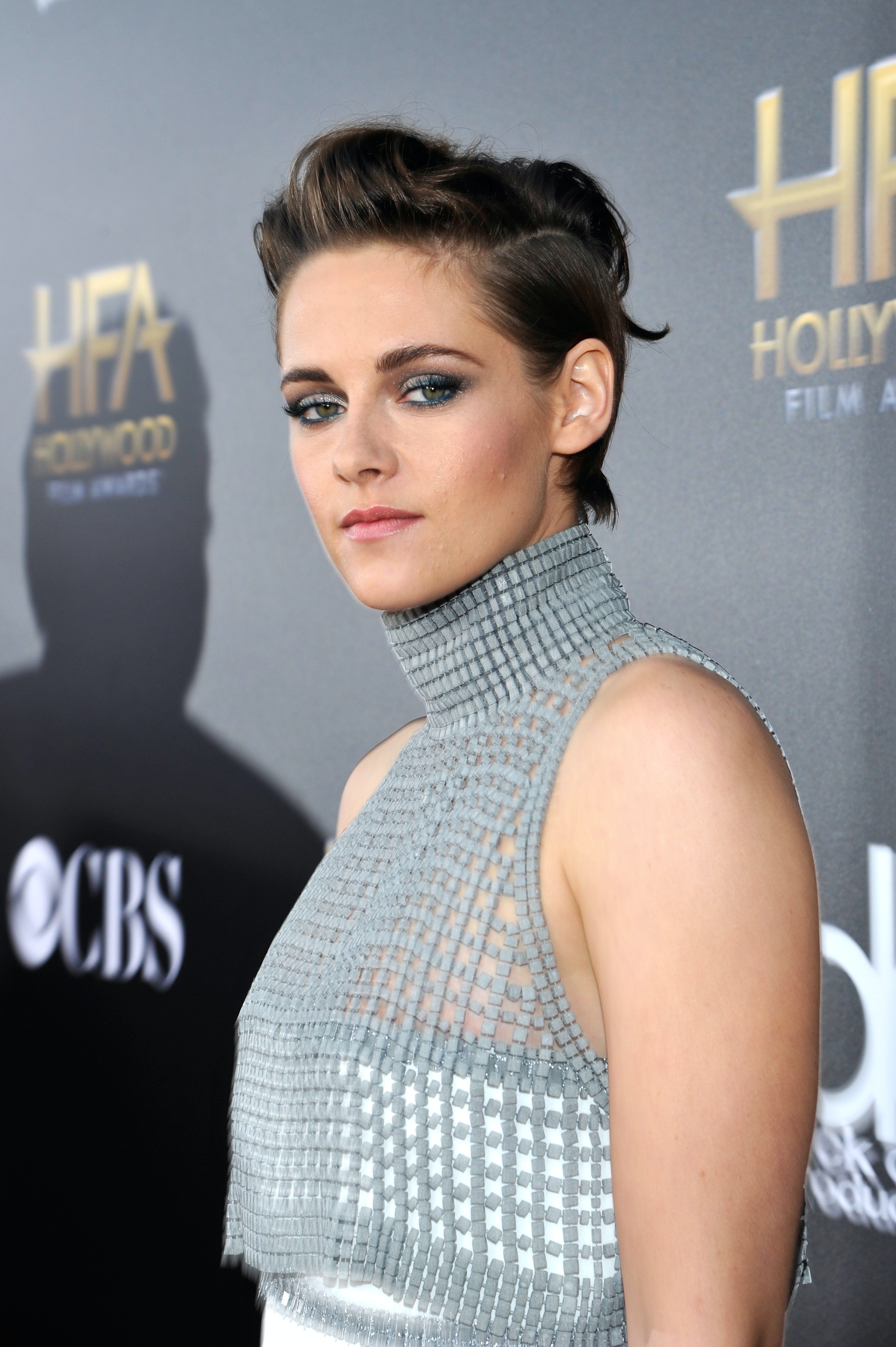 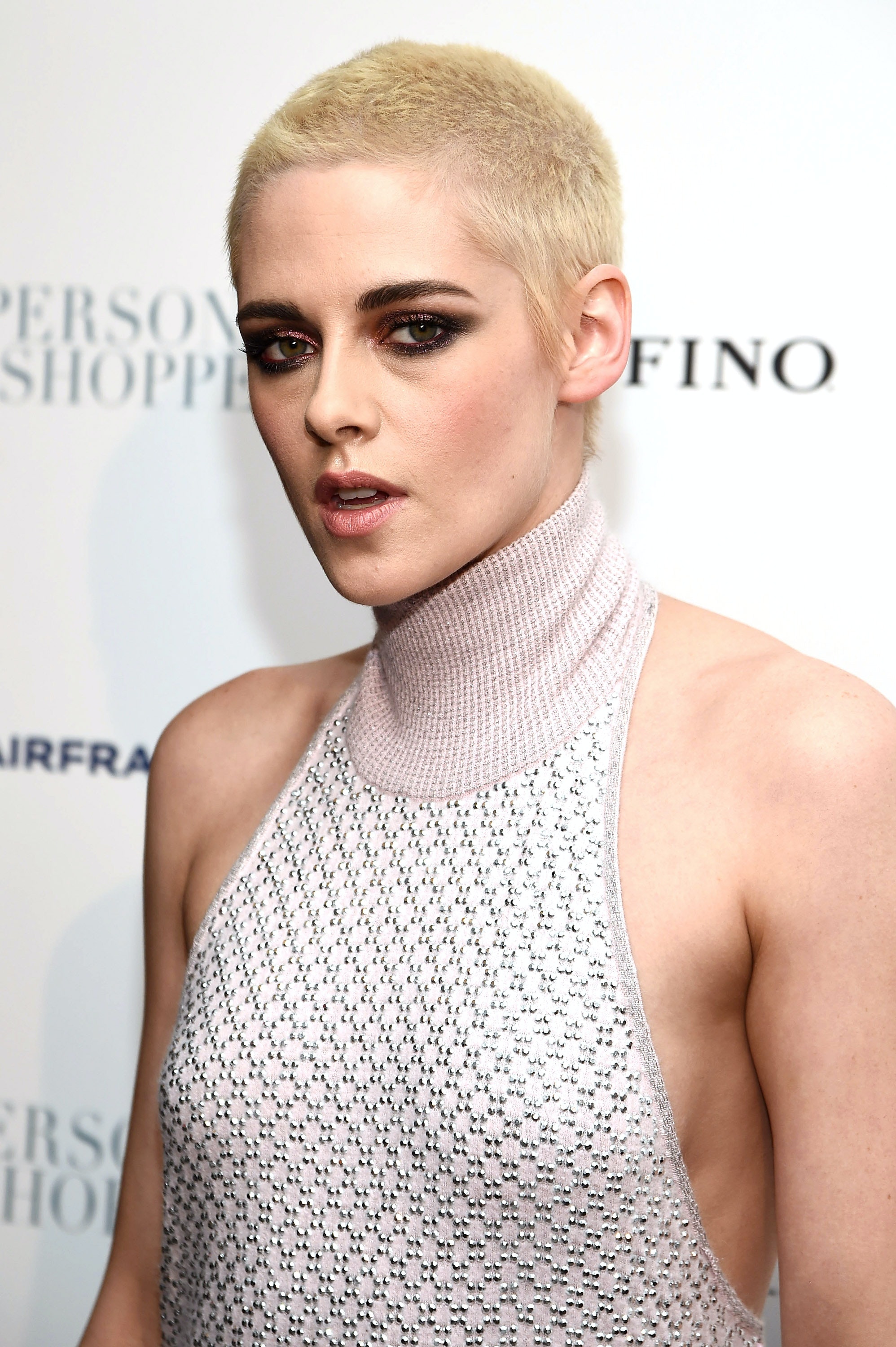 Her longer platinum moment in 2018 was also a fave: Fast-forward to 2019, though, and Stewart has what I’d call her boldest ‘do to date: 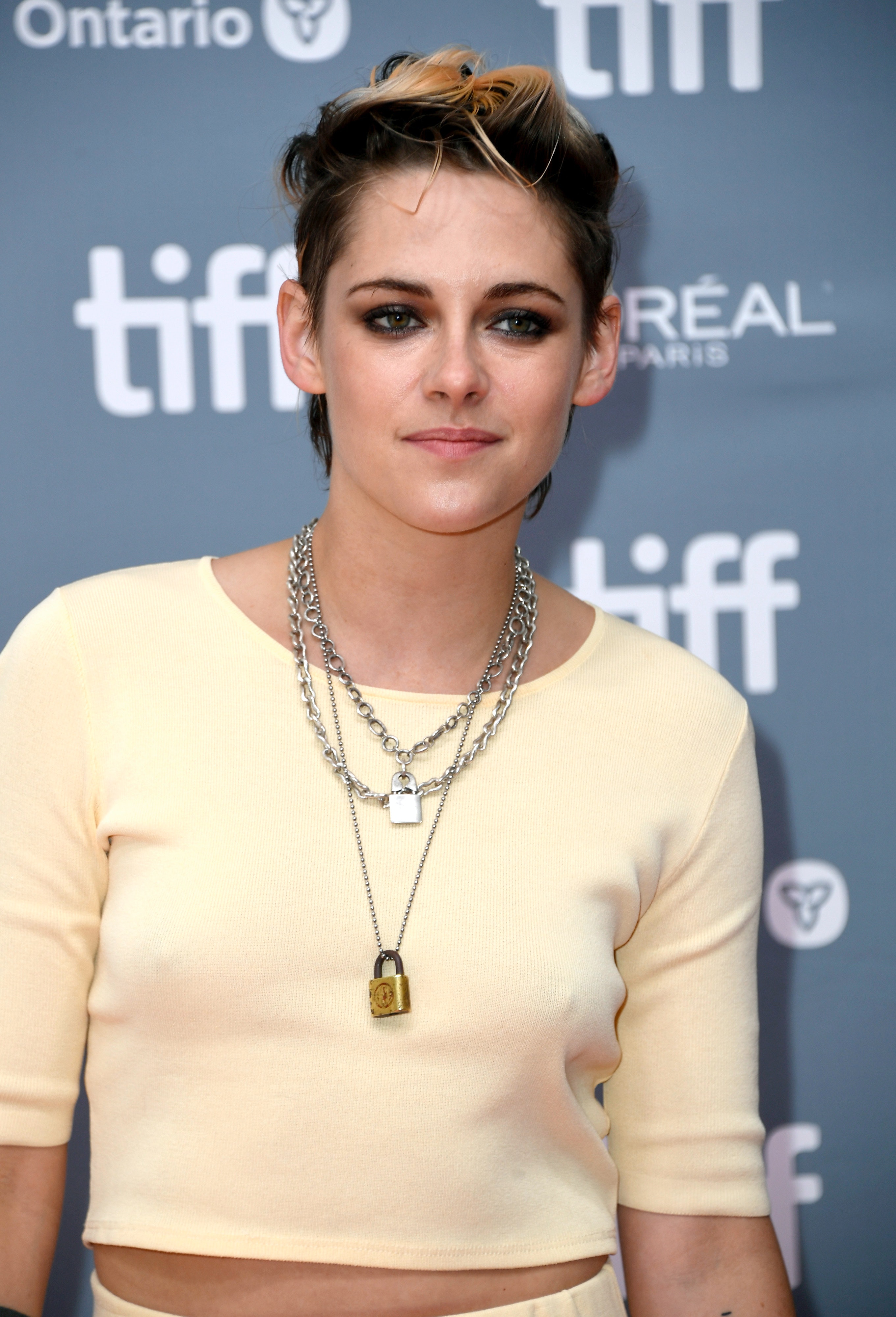 Blonde? Brunette? Why not both??? Stewart’s new strands are super cropped on the sides and in back, but she’s got enough longer strands up top to still create a little movement, be it swoopy waves or spiky texture.

Honestly, this look just feels so her. I love it! 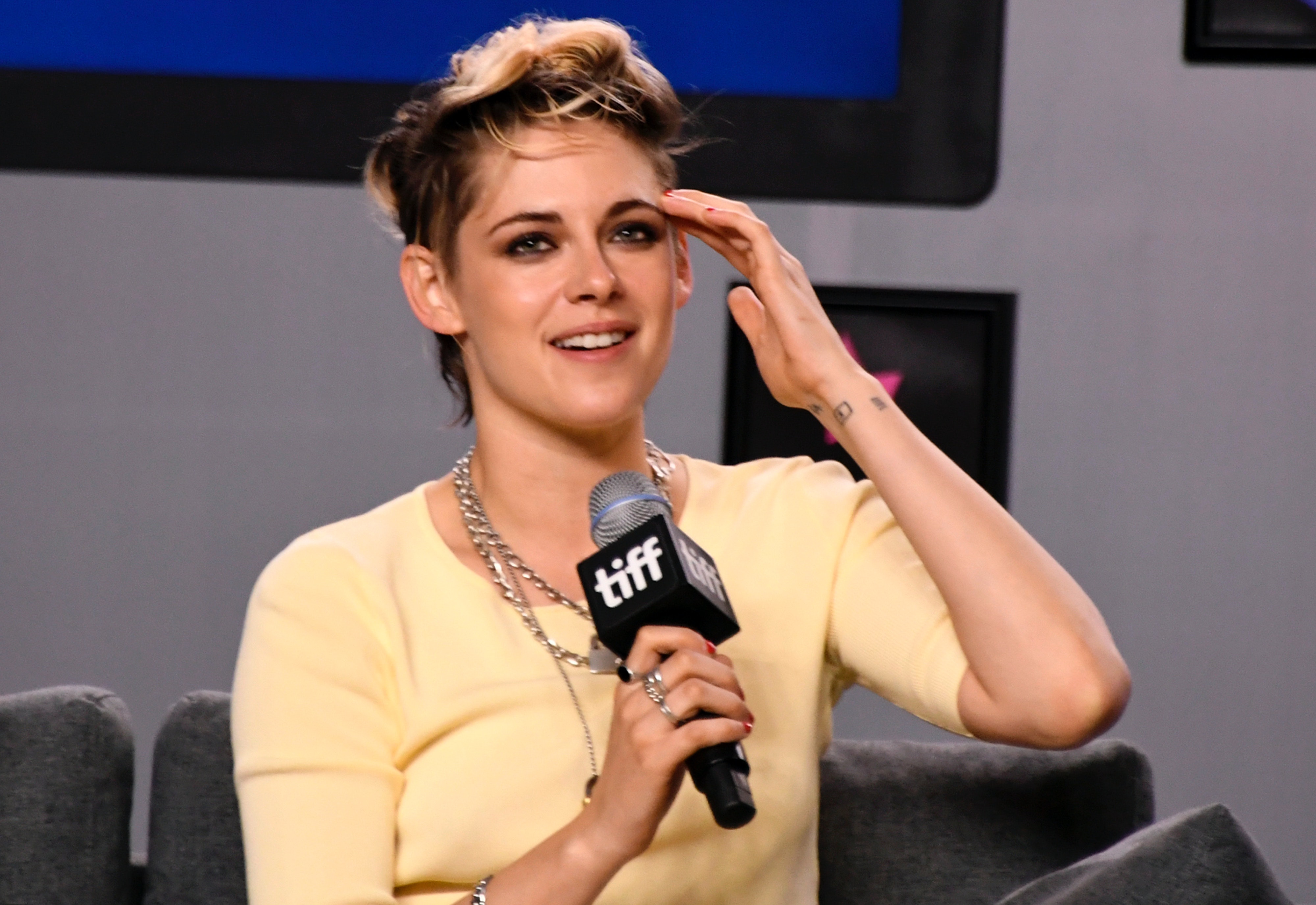 Stewart’s new look is courtesy of her hairstylist, Adir Abergel, who is also the Creative Director of beloved haircare brand Virtue Labs. Abergel has really mastered that perfectly-imperfect, tousled rockstar look Stewart loves when it comes to her strands. The style was debuted at the Toronto International Film Festival, at which Stewart promoted her new film, Seberg.

While at TIFF, Stewart showed off how many different ways her new ‘do can be styled: 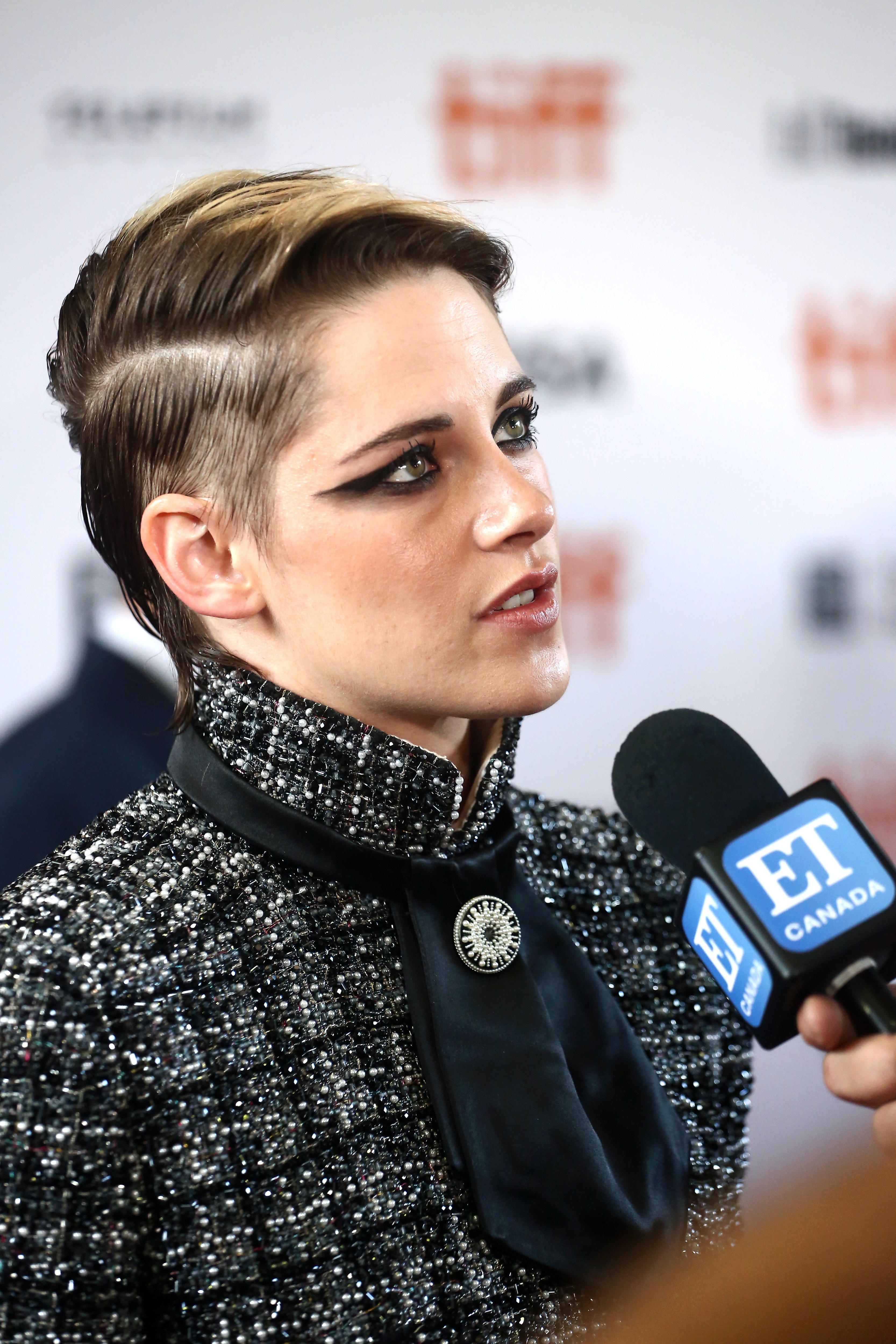 Real talk, this is not the easiest look to pull off, and Stewart absolutely slays it: Things I am afraid of (On my own hair!): blonde and brown strands clashing, a super-short cut, overly-messy styling to the point of looking unintentional. Things I absolutely adore about Kristen Stewart’s new hairdo? The blonde and brown strands adding contrast, the super-short sides, and that tousled, imperfect finish. Basically, anything I could do, Stewart can do better — especially when it comes to hair.