Coronation Street star Kym Marsh revealed she was in tears after a vile troll mocked her late son Archie.

The soap star, 43, spoke out on social media after an Instagram user mentioned Archie, who she and ex-husband Jamie Lomas tragically lost when he was born premature in February 2009.

Kym was forced to address the shocking comment as she took to Instagram saying “something has to be done” about online trolling.

The troll commented: “Stop acting like your nice and kind and sweet and a sweetie Kym your nothing to Corrie and me go to heaven like you s*** of a son.”

Alongside a screenshot of the vile remarks, Kym wrote: “This person @charley_webb_biggestfan has since deleted this comment that was very cruelly left on one of my Instagram posts this morning.

“I’m sorry, I don’t really care what people say about me, people are allowed an opinion, that’s none of my business, but to say such cruel things. I’m in tears reading this today. Something has to be done about this!” 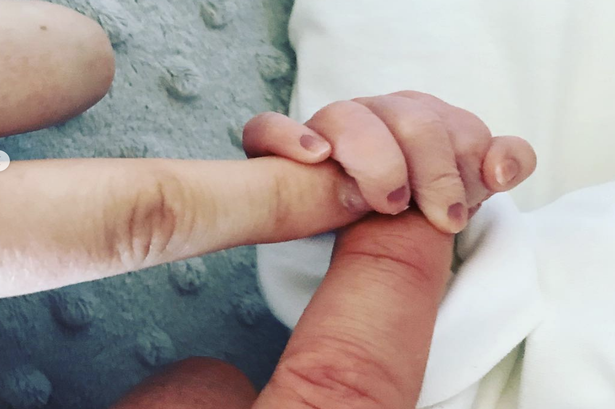 Emmerdale star Charley Webb, who the account claimed to the the "biggest fan" of, even hit out at the comments as she wrote on Kym’s post.

“I’m absolutely disgusted at this comment,” the actress wrote.

Kym then replied: “I knew you would be. Can’t believe they even dare to claim to be your biggest fan! X”.

Kym also said the remarks were “nothing to do” with Charley, as she wrote to one fan: “It’s not Charley it’s a fan account. Charley is my sons aunts. It’s nothing to do with her.”

Other fans of Kym were left shocked over the remarks, as they supported her in the comments of her post.

“Kym I hope you’re okay, this is absolutely vile,” one fan wrote.

A second added: “Omg. What is wrong with people.”

While a third wrote: “Wow that's awful written by someone without a heart or conscious.”