La La Anthony Gushes Son Kiyan, 14, Is ‘Blessed’ To Have Carmelo As A Dad After Filing For Divorce

La La Anthony, 38, and Carmelo Anthony, 37, already have the co-parenting thing down. After reuniting for their son Kiyan’s basketball tournament, La La paid tribute to Melo in a Father’s Day Instagram post. “Happy Fathers Day Mel.. Kiyan is blessed to have you as his dad,” La La wrote on her Instagram Story.

She also posted a sweet photo of Carmelo and Kiyan after the basketball tournament. Kiyan is already taking after his dad when it comes to basketball! Kiyan is a member of the Black Ops Cadet youth basketball team. La La and the Portland Trail Blazers star were spotted together courtside watching their son play.

La La’s Father’s Day message comes just 2 days after she filed for divorce from Carmelo after 11 years of marriage. The Power alum filed papers in New York City on June 17 and cited irreconcilable differences. The former couple reportedly had been separated “for a while” but “remain friends,” TMZ reported. 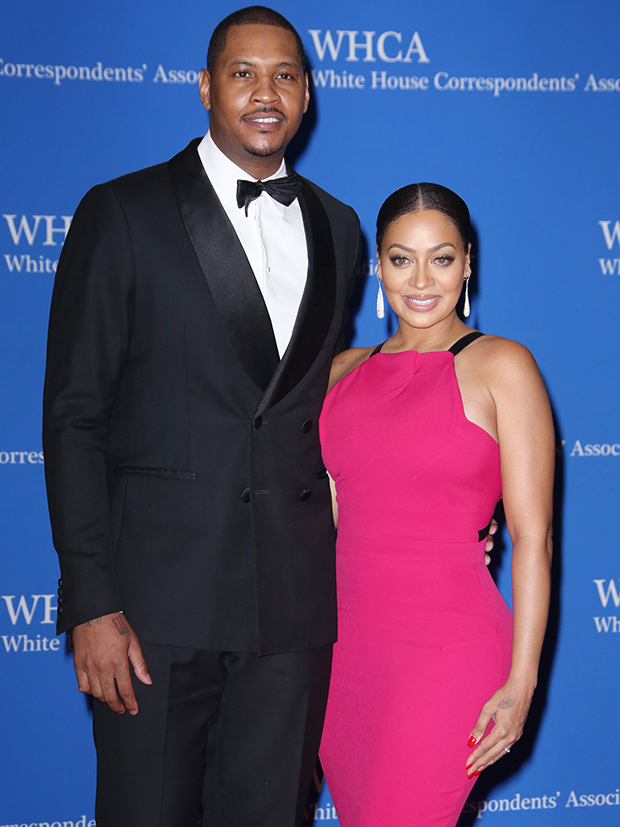 La La and Carmelo got engaged in 2004. They welcomed their son in 2007. They married in 2010 in a lavish New York City wedding. La La and Carmelo’s relationship has been full of ups and downs in recent years. They initially split in 2017. At the time, they decided to just separate for the time being. They reunited in 2018.

Just weeks before La La filed for divorce, Carmelo sent his love to La La in a sweet Mother’s Day message. “The Strength Of A Mother Is Second To None. A Mother Like You Does Not Compare With Anything! Thank You @lala For All The Time, Sacrifice, Effort/Support, And Love You Pour Into Raising Our Young God!! We Love You,” he wrote on Instagram.

La La commented on Melo’s post, “Thank u Mel for the greatest gift of motherhood to our amazing son… love you both always.” Even though this is the end of their relationship, La La and Carmelo will always put their son first.