Almost a week after the passing of Kobe Bryant and his daughter Gianna, LeBron James is unveiling a permanent tribute to his former teammate. On Friday, Jan. 31, the basketball star took to Instagram to share a heartfelt message about his late "brother" and some new ink that pays homage to Bryant’s nickname "Mamba." LeBron James’ tattoo honoring Kobe Bryant is a touching tribute, and it shows that James is keeping his late teammate close to his heart.

It’s been an emotional couple of days since millions of fans started grieving the deaths of Bryant and his 13-year-old daughter, both of whom died during a helicopter crash on Sunday, Jan. 26. With the Lakers scheduled to play their first game since the athlete’s passing on Friday night, it was clear that LeBron’s former teammate was on his mind as he took to Instagram that day to debut his new ink.

In the first image, both of the basketball players can be seen wearing white and sitting next to each other. James is shown resting his head on Bryant’s shoulder, reflecting the close bond that the pair had both on and off the court. The second image in James’ post is a close-up of his new tattoo, which features a black mamba cobra and Bryant’s jersey numbers “24” and “8.” The words “Mamba 4 Life” are written in cursive at the bottom.

"My brother," he captioned the slideshow along with an infinity symbol emoji. He added the hashtags #Mamba4Life, #RIPKobe, and #RIPGiGi.

It was an emotional day for James, who also shared a speech about his late friend during the Lakers’ game against the Portland Trail Blazers. Following a video montage honoring Bryant and tear-jerking performance of "Amazing Grace" by Usher, James took to the stage and read the names of the nine victims who’d died during the crash.

Visibly moved, he opted to toss his prepared remarks to speak to fans "straight from the heart."

"The first thing that comes to mind is all about family," he told the crowd. "And as I look around this arena, we’re all grieving, we’re all hurt, we’re all heartbroken, but when we’re going through things like this, the best thing you can do is lean on the shoulders of your family." 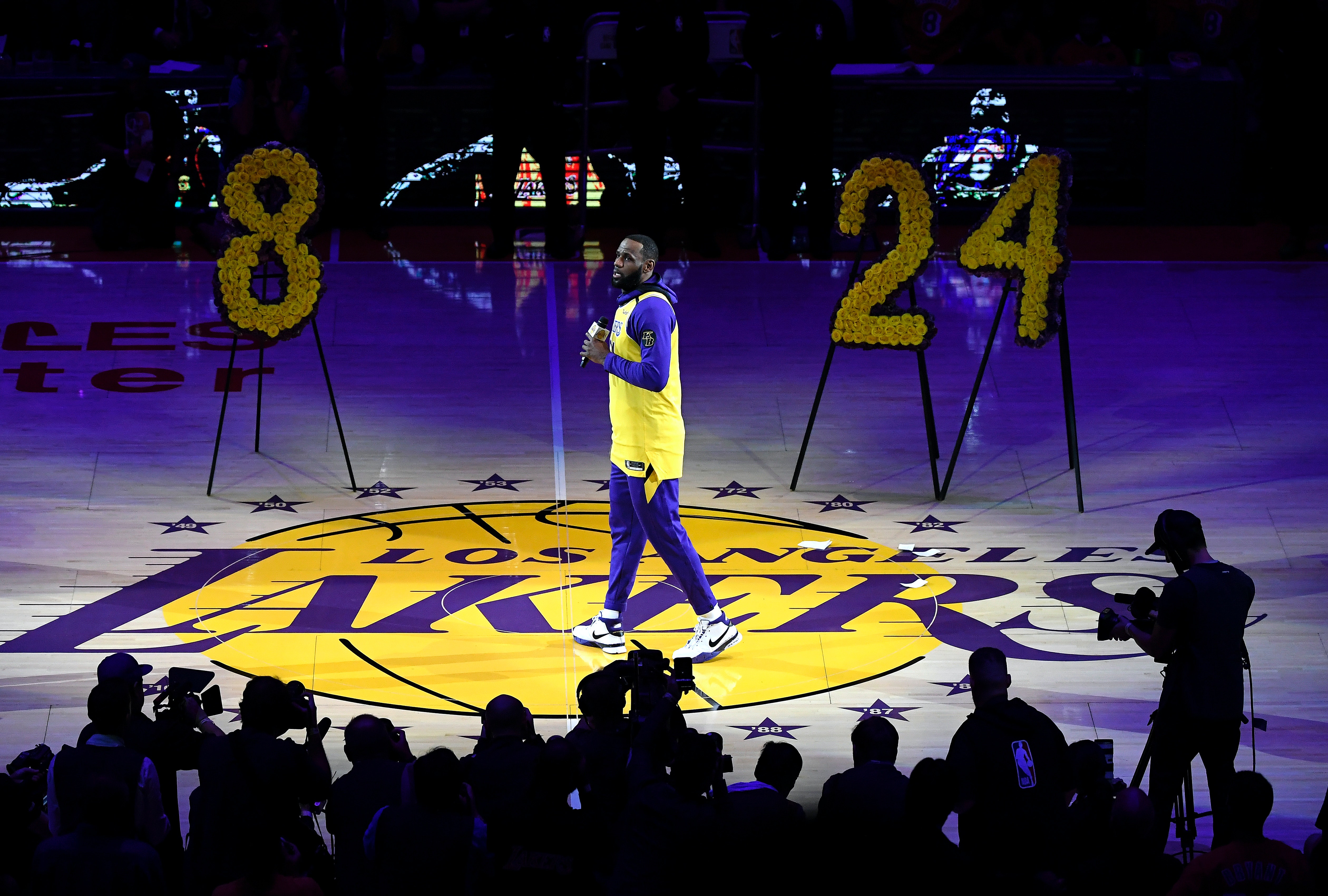 After lauding Laker nation for coming together to support each other in the aftermath of the tragedy, he talked about his personal relationship with the star athlete.

The basketball player revealed that the Lakers were planning to hold a memorial for Bryant "at some point," so there’s a chance that James will share more words remembering his former teammate at that time.