Priorities USA study finds the more viral an ad was on Twitter, the less likely it was to persuade a swing state voter to ditch Trump 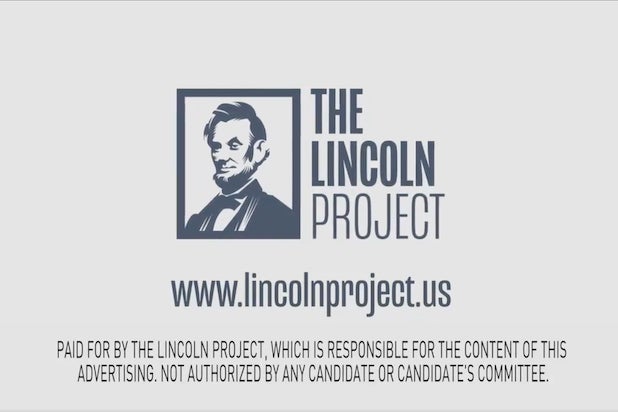 Despite the attention and likes The Lincoln Project’s attack ads against Donald Trump received on social media, it turns out they didn’t do much at all to persuade battleground voters to support Joe Biden, according to a study by a top Democratic Super PAC.

As the Daily Beast reported on Wednesday, Priorities USA conducted an experiment to look at the effectiveness of five of the Lincoln Project’s ads during the most recent election cycle. A control group saw no ad at all, while five other treatment groups — each with 683 respondents — were shown one of the five Lincoln Project ads. After, the respondents were asked questions designed to measure how likely they were to vote and who they would vote for in the presidential election.

The Democratic Super PAC found that the more popular an ad was on Twitter, measured through likes and retweets, the less likely it was to persuade a battleground voter to vote for Biden over Trump, according to the Daily Beast. The most viral ad on Twitter that experiment included, which had over 116,000 retweets and more than 210,000 likes, performed the worst when it came to persuading voters.

Reed Galen, a co-founder of the Lincoln Project, told the Daily Beast that the Priorities USA findings made sense to him.

“We were pretty clear from the get-go about the lanes of our strategic outreach. The first one, which made the most noise, was for the audience of one. That was the stuff directed at Trump, the campaign, the White House, and the family. The stuff we knew would distract them, make them angry, make them fight internally, make him fire Brad Parscale, sue us, whatever it was so their attention was pointed elsewhere,” Galen said.

“The second one, is a lot of the stuff we did in Electoral College states, a lot of times we didn’t even release it on Twitter. But we understood, nobody better than us, that Twitter was a bullhorn that from our perspective drove what we did against Trump, sometimes into his head, and sometimes into the narrative that the press was observing and creating, and gave our 2.7 million people on Twitter the energy they craved,” he continued.