LOL! Kate Middleton Was Awarded With a Giant Spoon After Coming in Last Place at King's Cup 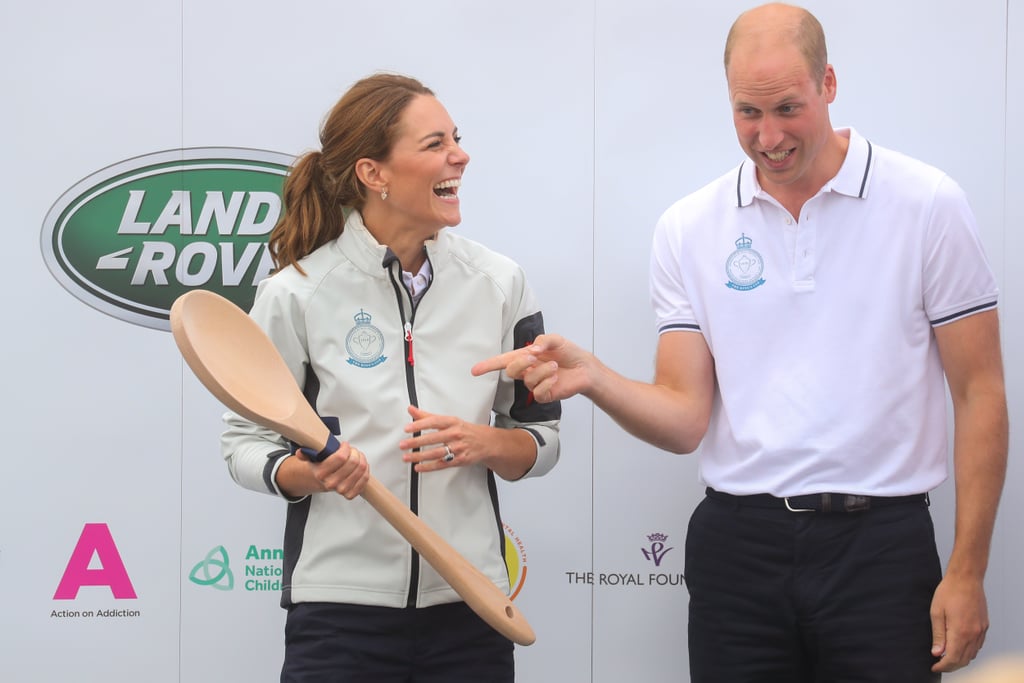 Kate Middleton was a true sport when her team came in last place at the King’s Cup Race on Thursday. The Duchess of Cambridge was spotted sharing a laugh with Prince William, whose team came in third place, as she accepted a giant wooden spoon. The royal couple helped lead the special boat regatta in Cowes, England, to raise funds and awareness for eight of their royal patronages.

In addition to having some fun at sea, they were also joined by two of their adorable children, Prince George and Princess Charlotte. A toothless George was spotted enjoying the festivities in a sailor hat, while his mischievous little sister Charlotte was seen sticking out her tongue at royal admirers. See the hilarious pictures of Kate accepting her honorary spoon ahead.