‘I need therapy after witnessing that kiss’: Love Island fans slam Davide and Ekin-Su’s passionate smooch as ‘painful’, ‘aggressive’ and ‘way too long’

Following the recoupling, Ekin-Su grafted Italian stallion Davide, where she planted several kisses on him as she said: ‘I just want to give you a thank you.’

But viewers at home were disgusted by the smooch and took to Twitter to blast it as ‘painful’ and ‘way too long’. 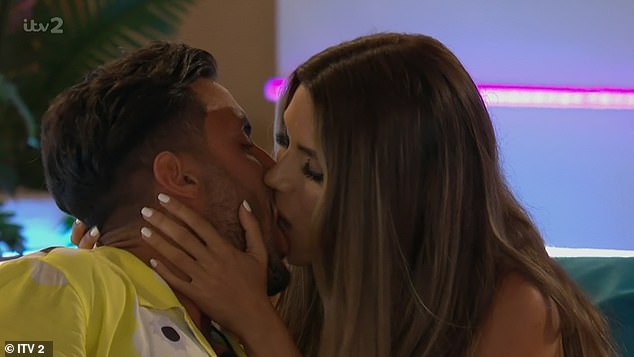 One said: ‘That kiss was looking so aggressive.;

Another echoed: ‘That kiss was way too long’, while someone else said: ‘that kiss was too much lmaoooo’.

And a fourth quipped: ‘I need therapy after witnessing that kiss’.

‘Seeing davide and ekin su kiss is one of the most disturbing things I’ve ever seen,’ another tweeted. 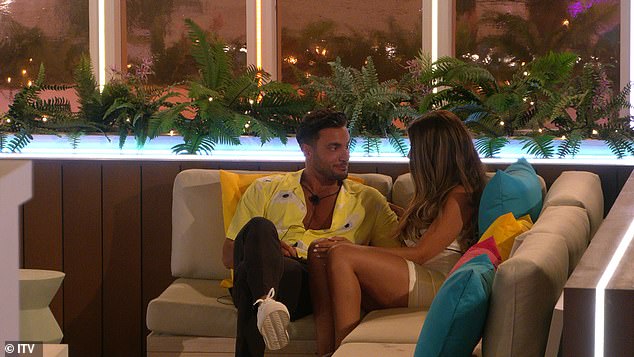 Pucker up: Following the recoupling, Ekin-Su grafted Italian stallion Davide, where she planted several kisses on him as she said: ‘I just want to give you a thank you’

However, it looked like Ekin-Su’s head could be turned after the entrance of Gemma Owen’s ex-boyfriend Jacques O’Neill.

She was seen seductively strutting past Jacques in the bedroom, with the hunk certainly noticing her before following her outside.

The two then sat down for a chat with Ekin-Su proceeding to flirt, telling him: ‘if you had came in here earlier, I would have wanted to get to know you too.’ 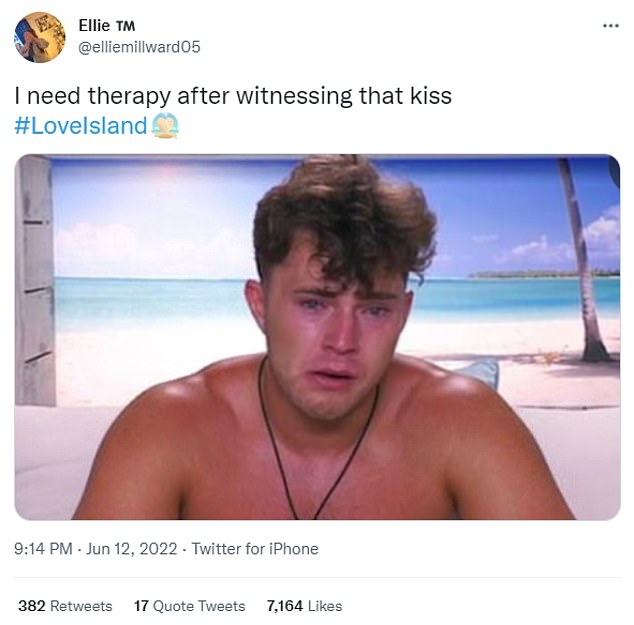 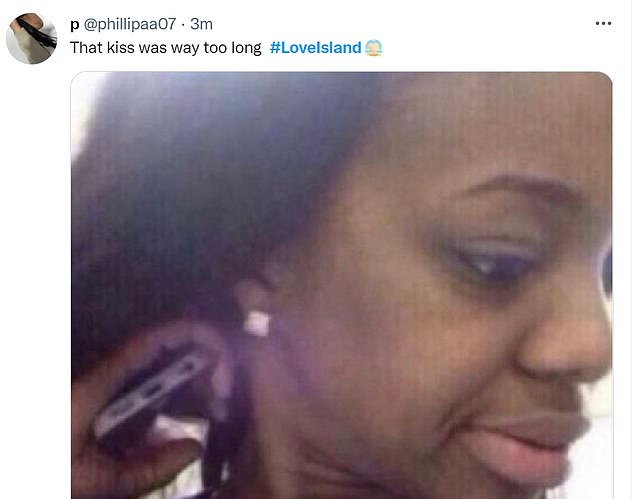 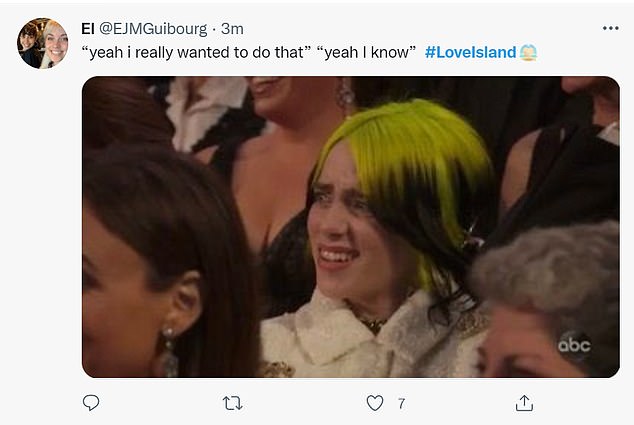 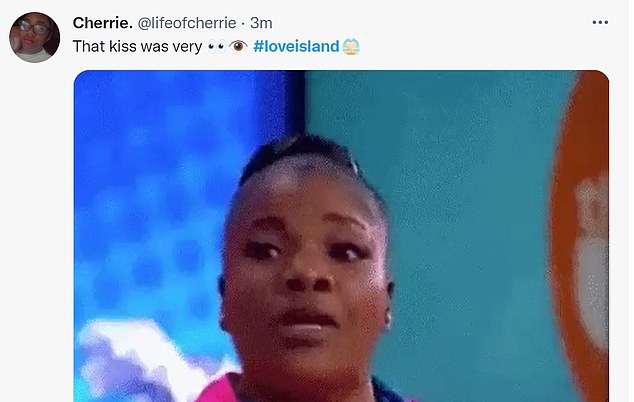 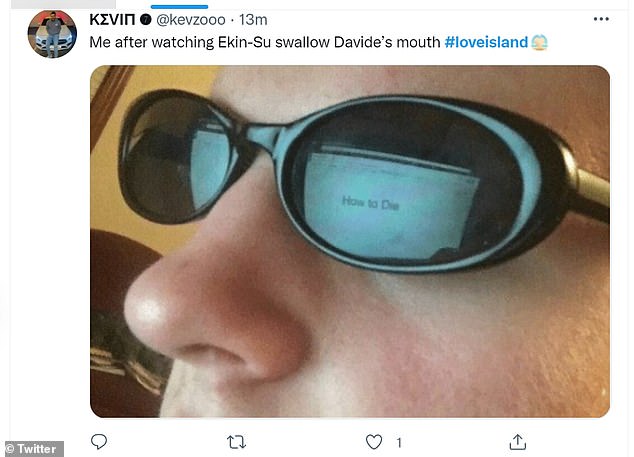 Disgusted: But viewers at home were disgusted by the smooch and took to Twitter to blast it as ‘painful’ and ‘way too long’

While in the Beach Hut she confessed she found him ‘attractive’ before adding: ‘It’s only fair I get to know him.’

After watching Ekin-Su’s actions in the villa, fans flocked to Twitter to give their opinions on her flirty behaviour.

‘The devil works hard but Ekin-Su works harder; remarked one viewer, while a second urged: ‘ekin su behave yourself wtf.’ 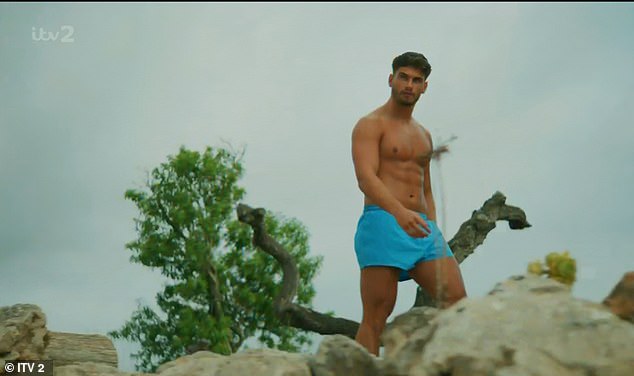 Turning heads: However, it looked like Ekin-Su’s head could be turned after the entrance of Gemma Owen’s ex-boyfriend Jacques O’Neill

A fourth asked: ‘Is she gonna do this with every man who walks in?’, a firth added: ‘Ekin Su just wants to 1up Gemma.’

With another viewer adding: ‘Ekin su you aren’t allowed to have everyone.’ 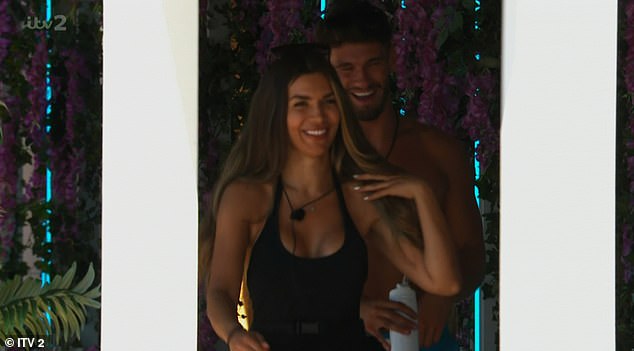 Making a move: She was seen seductively strutting past Jacques in the bedroom, with the hunk certainly noticing her before following her outside

Meanwhile, viewers were also quick to notice an apparent snub by Davide towards Ekin-Su after the kiss.

Fans rushed to Twitter to question why Davide turned his back on her while in bed after the lights went out.

One said: ‘Nah Davide hates Ekinsu he’s facing the other way in bed??’ 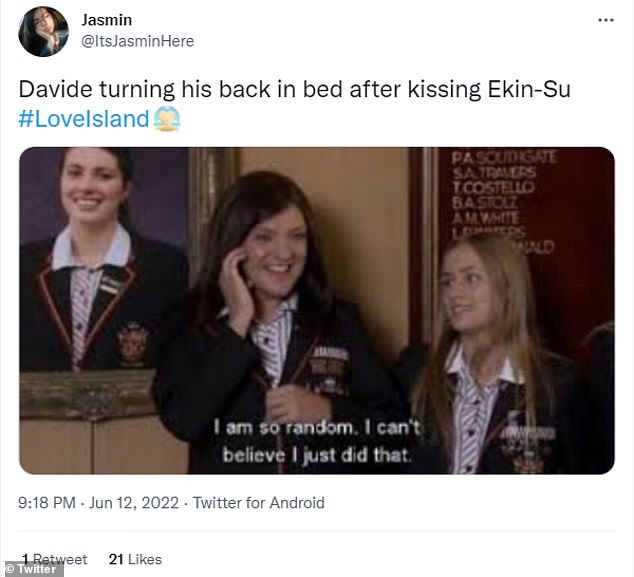 Snubbed: Fans rushed to Twitter to question why Davide turned his back on her while in bed after the lights went out

Another added: ‘Not Davide turning over immediately when he gets into bed’.

While a third echoed: ‘so after eating each other’s faces, Davide turns his back to Ekin-Su in bed? make it make sense’.

Love Island continues on Monday at 9pm on ITV2 and ITV Hub. Episodes are available the following morning on BritBox.

Who is their type on paper? ‘In Swansea there is just no-one I can find.

‘I haven’t got to swipe. So, hopefully they can just come to me now!

‘I came out of a relationship and I was just so done with guys. Then I was like, ‘Ok, I’m bored now’

Who is their type on paper? ‘It’s quite hard to date without being influenced by social media and stuff like that.

‘Love Island is a great place to get to know someone one-on-one.

‘I don’t think I have ever been out with two guys who are quite the same.’

Who is their type on paper? ‘My dating life has been a shambles.

‘This is an opportunity for me to find ‘the one’ and have a great summer at the same time.

‘I’m definitely ready for a relationship. I’m 23 now so I’m ready to get to know someone and travel with them.’

Who is their type on paper? ‘I am open to finding love, I’m wanting to have a really fun summer.

‘I would say I’m fun, flirty and fiery. I think I’m good at giving advice, I’m a good person to talk to, I’m very honest.

‘If I want the same guy, I’d do it but in a nice respectful way.

Who is their type on paper? ‘When I’m with someone I’m very loyal.

‘I’m a good boyfriend as when I’m with someone I’m all for them.

‘I’m actually single for once, so I thought why not?

This is the best time to give it a go.’

Who is their type on paper? ‘I prefer to meet girls out and about. I think when you go looking for it, it’s not as easy though, it’s like you’re too desperate for it.

‘If I think you’re the one or I like you, I’ll take you out on a date but other than that, if we talk and I don’t like where it’s going – then I won’t be throwing out dates.’

Who is their type on paper? ‘I will be talking to different girls, it might not go well with some.

‘When I’m actually in a relationship, I think it’s a star sign thing.

‘I’m an Aries but I’m very passionate – I always used to put that person first. I’m really good at being in a team’.

Who is their type on paper? ‘A lot of English girls actually love me.

‘Find my person so I can actually build something in the future, grow with them, be a family. ‘

Who is their type on paper? ‘I’ve only been in one past relationship but now I think I’m at the age where I could find someone.

‘I’m not really shy to speak to people I don’t really care too much about what people think.’

Who is their type on paper? ‘I don’t like guys that show off.

‘I don’t like flashy guys – just have a personality and make me laugh.

‘There was this one guy and he was trying to purposefully show off his car keys and we were literally in the middle of a restaurant!’

Who is their type on paper? ‘I’m quite picky and I’m not just looking for looks, I’m looking for brains!

‘I’m looking for someone with intelligence, someone who can have good chats. Nothing like cockiness!’ 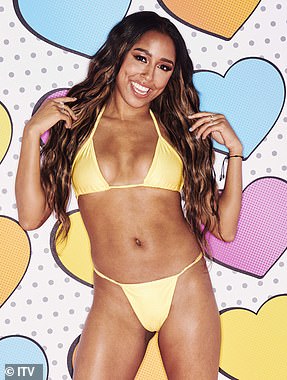 Who is their type on paper? ‘I love going on dates but I want to be in a relationship and just call it a day!

‘I like going on dates but I am just so done with it now, I just want the relationship, chill thing.’