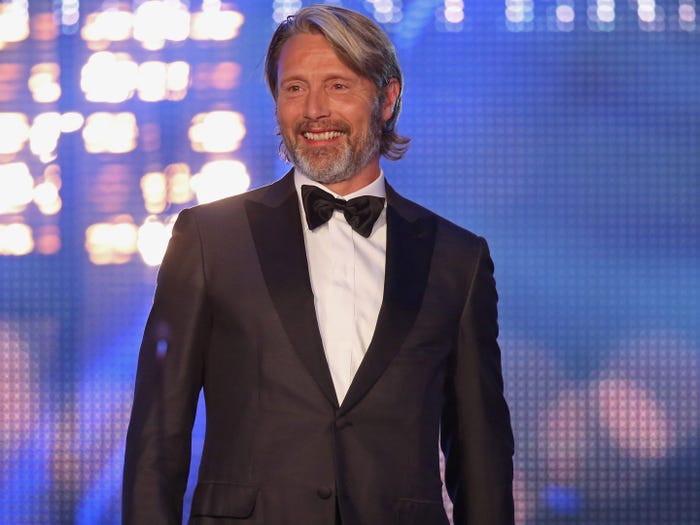 Mads Mikkelsen has said that it is a "shocker" to land the role of Gellert Grindelwald in "Fantastic Beasts" after Johnny Depp was asked to resign following the loss of his libel trial against The Sun newspaper.

Mikkelsen was speaking to Entertainment Weekly about his new movie "Another Round," in which he plays a school teacher who agrees to enter into a pact to see if life is better when you are permanently tipsy.

His role as Grindelwald will be pretty different to that, but Mikkelsen said the "tricky part" is working out how to "bridge" the gap between his performance and Depp's performance.

"Well it's going to be me, so that's a difference … this is the tricky part. We're still working it out. There has to be a bridge between what Johnny did and what I'm going to do," Mikkelsen said.

"And at the same time, I also have to make it my own. But also we have to find a few links [to Depp's portrayal] and some bridges so it doesn't completely detach from what he's already masterfully achieved."

Mikkelsen was cast as Grindelwald after Depp was asked to resign from the role by Warner Bros., and accepted that request. This came about after Depp lost the libel trial in which he was suing The Sun newspaper and its editor Dan Wooton for calling him a "wife beater" in relation to his former marriage with actress Amber Heard.

Of these events, Mikkelsen said: "It's also a shocker that it came after what happened, which is just super sad. I wish both of them the best. These are sad circumstances. I hope both of them will be back in the saddle again really soon."

Grindelwald is a villainous wizard who has a history with Jude Law's Albus Dumbledore, and Mikkelsen called the role "super interesting and nice."

The two wizards were once lovers, although this has yet to be explicitly stated or revealed in the first two "Fantastic Beasts" instalments. It remains to be seen if Mikkelsen's version of the character will have his relationship with Dumbledore more explicitly revealed in the third movie, which is released July 14, 2022.