Mark Hamill Fell for His on-Screen Sister Before Carrie Fisher

Carrie Fisher — who died in 2016 — and Mark Hamill played the Skywalker twins Leia and Luke in the Star Wars universe. But behind the scenes, Fisher and Hamill’s relationship was a lot more complicated. Hamill even admitted to being drawn to Fisher romantically at first. Yet, wildly, Fisher wasn’t the first actor playing Hamill’s sister that he fell in love with. 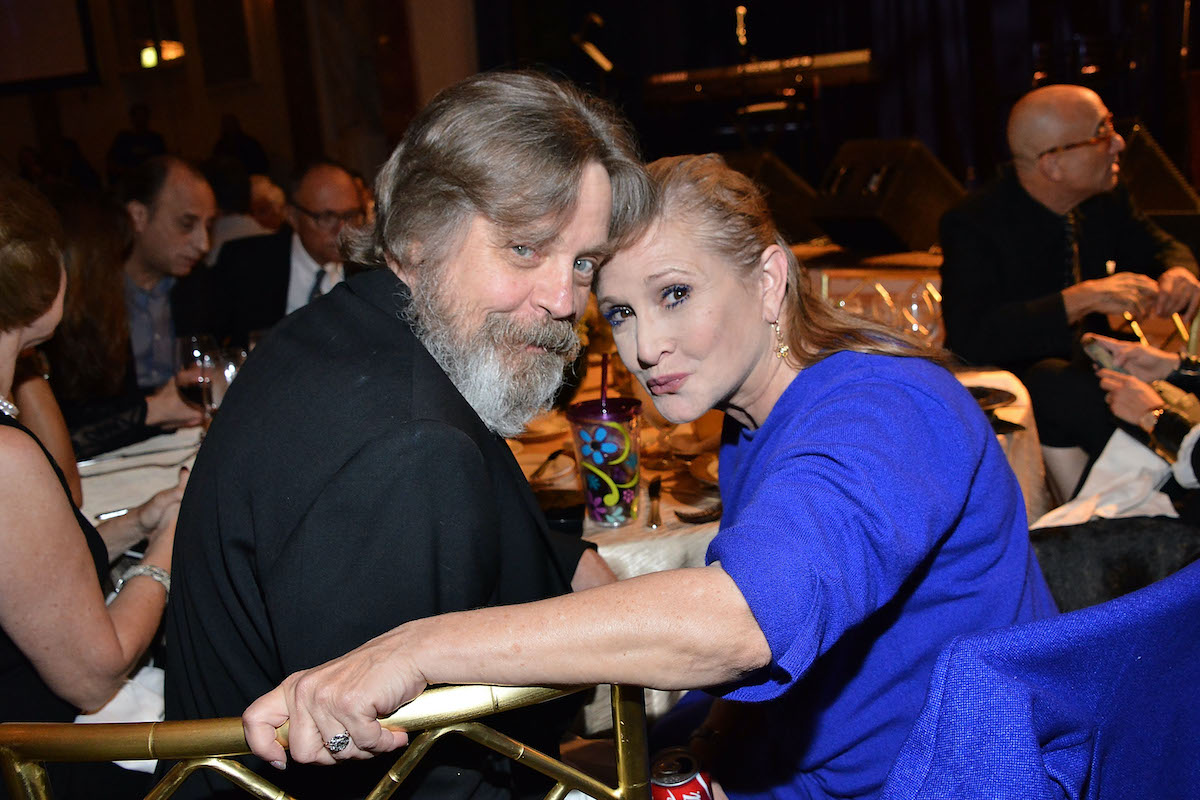 The set of Star Wars was a turning point for many reasons. Of course, George Lucas’ 1977 movie would spawn a multimedia franchise that still thrives several decades later. But the relationships formed during filming also shifted the course of the cast and crew’s lives. For the three main actors — Hamill, Fisher, and Harrison Ford — it meant they’d always be connected.

Shortly before Fisher’s death, she revealed she and Ford had an affair while making the movie. And since then, Hamill has been very open about this revelation, which he knew nothing about. He’s frequently discussed the on-again/off-again nature of his friendship with Fisher. Apparently, Fisher and Hamill shared some form of love, though it never got fully romantic.

Looking back, it’s wild to think that Hamill harbored romantic feelings for Fisher, his on-screen sister. Granted, no one knew until 1983’s Return of the Jedi that Luke and Leia were siblings. And such dynamics have occured on sets in other movies and TV shows, notably Showtime’s Dexter. But with Hamill, it seems to be something of a pattern.

After all, Hamill’s first major romance was with actor Anne Wyndham, who played his sister on General Hospital. Hamill appeared on the daytime soap opera from 1972 to 1973 in the role of Kent Murray. Just a few years later, he landed the role of Luke Skywalker. But dating Wyndham made Hamill determined not to date another actor, due to the competition celebrity relationships often breed.

“You become competitive in a way, which is crazy, because I’m not going to take parts away from her, and vice versa,” Hamill told The Daily Telegraph in 2017. “But I thought, ‘Well, she’s not the one because I do want to have a family. And I’m not going to ask her to give up a career to raise the kids. And I’ll know when it’s right, I’ll find the right one.’ And luckily for me, I did.”

Hamill married former dental hygienist Marilou York in December 1978, still in the midst of the initial Star Wars phenomenon. And the actor’s desire to have a family was fulfilled too. He and Marilou have three children, two sons and a daughter born between 1979 to 1988.

Though his kids aren’t exactly actors, all three of Hamill’s children make cameo appearances in 2017’s Star Wars: The Last Jedi. They played Resistance fighters in the movie. And Hamill’s oldest, Nathan, also popped up in 1999’s Star Wars: Episode I — The Phantom Menace.