However, in the fourth episode there were heartwarming scenes, as the Duke and Duchess of Sussex revealed how King Charles played a special part in the preperatiosn ahead of their 2018 wedding. At the time, the relationship between them was strong, with Charles even walking Meghan down the aisle and giving her away to his son.

“My father helped us choose an orchestra, which made all the difference,” Harry explained alongside clips of the orchestra serenading Meghan as she walked down the aisle.

DISCOVER: What Prince Harry and Meghan Markle’s wedding was really like – A-list guests tell all

INSIDE: Prince Harry and Prince William’s sad relationship: shouting spats and the ‘wedge’ between them

Meghan added: “Harry’s dad is very charming and I said to him ‘I’ve lost my dad in this,’ so him as my father-in-law is very important to me.” 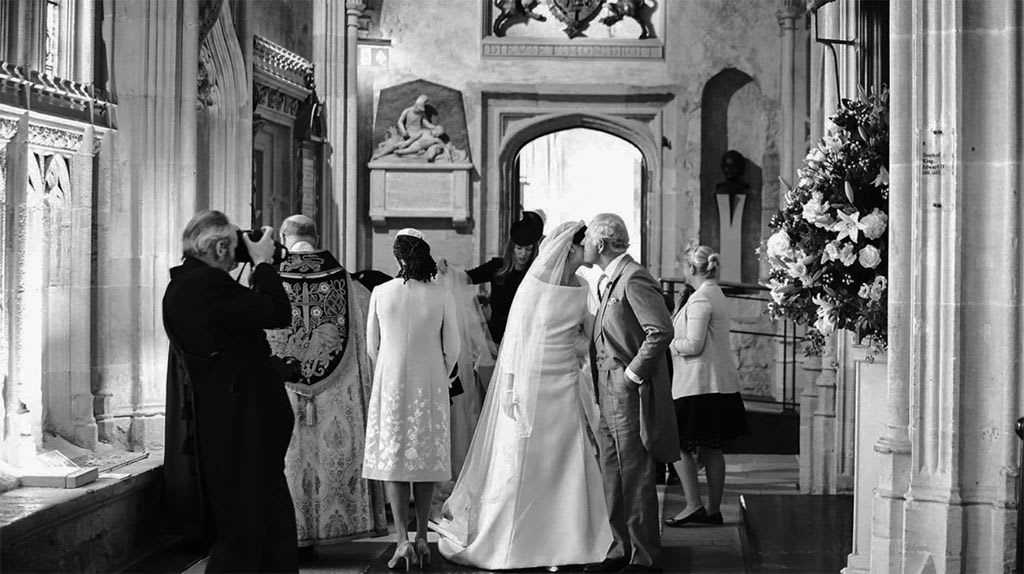 Charles walked Meghan down the aisle

Despite what Harry says though, it’s very unlikely we’ll ever hear what King Charles thinks of the matter as HELLO!’s royal editor Emily Nash revealed: “There are people involved in this, who haven’t spoken and probably never will speak. I think we’d love to hear what William and Charles have to say about the situation, but that isn’t going to happen.”

“The royal family operates in a ‘never complain never explain’ way they will just want to move on from here and focus on what they’re doing.

“However much they might be upset about the things that have been said in the Netflix documentary they will not air their laundry in public.”

Make sure you never miss a ROYAL story! Sign up to The Royal Explainer newsletter to receive your weekly dose of royal features and other exclusive content straight to your inbox.