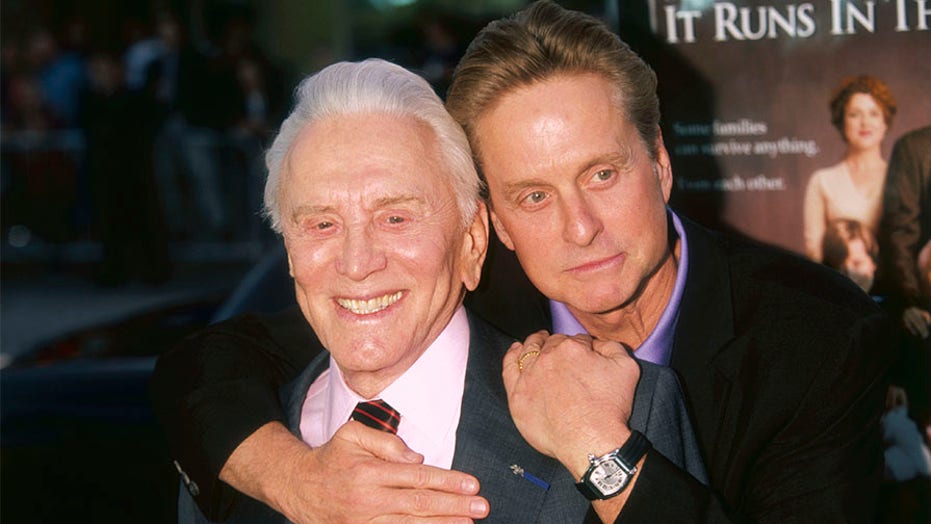 The 75-year-old "The Kominsky Method" actor revealed on "Jimmy Kimmel Live" Tuesday that Kirk, whose birthday is on Dec. 9, would prefer something small instead of the family's usual blowout parties, like when he turned 100.

KIRK DOUGLAS SAYS WIFE ANNE SAVED HIS LIFE TWICE, EVEN THOUGH HE HASN'T ALWAYS BEEN FAITHFUL

Meanwhile, Kirk's wife and Michael's stepmother, Anne Buydens, also hit triple digits but she wasn't as keen on admitting it.

"I said, 'Anne, it doesn't exist anymore. Wikipedia, you look it up and see exactly how old you are.' She said, 'Really?'" he joked. They've been married for 65 years. 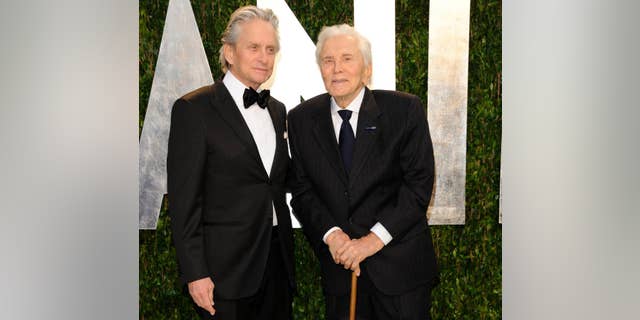 Back in October, the "Wall Street" actor revealed his dad is quite tech-savvy and loves to FaceTime with their family.

"He's incredible. He doesn't get around a whole lot but his mind's all there, so I got him an iPad and I got him FaceTime," Michael told Jimmy Fallon on "The Tonight Show." The only problem is Kirk forgets about the time difference from the West to the East Coast, so he calls his son late at night.

"Loves it. It's fantastic. The only problem is that we're three hours difference — I'm East Coast here, he's there [West Coast]," Michael lovingly complained. "We're relatively early to bed. We tried to explain to him that it's after 10 o'clock, 7 o'clock your time."