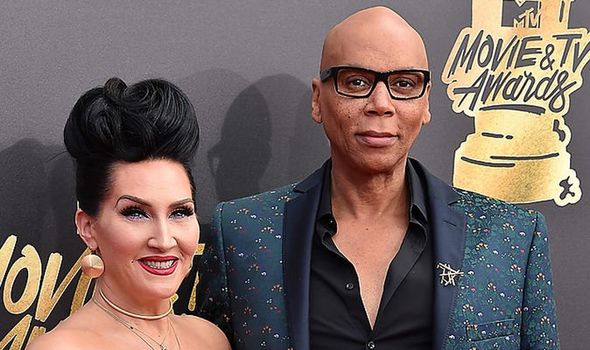 But while she’s very light on her feet and full of a natural musicality, she’s well aware of her limitations.  “I’m a singer so I know about rhythm. But dancing? Uh-uh. Fake it till you make it, that’s my motto.” Everything she does, she says, has been taught to her by pro dancer, Giovanni Pernici. “He was the one I prayed I’d be partnered with. Gio is perfect. We’re both really tough on each other, both really passionate. And we share the same twisted sense of humour.”

How does she feel about being judged? “I’m fine with it.”

What, even when Craig tells it like it is? “That’s my judging style. I want someone to give me constructive criticism I can use.”

If Michelle sounds sorted, you don’t have to look far for the reason. She’s been married to her writer ­husband, David Case, for 22 years. He’s a stay-at-home dad to their two daughters. Lillie is 19, Lola 17.

The family lives in LA. “But I think I must have been British in a past life. I just love it over here.”

Lillie has had something of a ­troubled teenagehood, battling ­anorexia. “But she’s doing well now. She’s my queer child: that’s the word she and her friends prefer to use. It used to be a negative term but it’s being reclaimed by what you and I might call the gay community.”

It’s a world Michelle knows well. “I met RuPaul in 1988 in the nightclubs of New York City. You had to be 21 to be let in. I was still a teenager. So my mother got me a fake ID.

“She knew I was waiting to be discovered and she encouraged me all the way. All I ever wanted to be was a star, the next Madonna.

“I started getting into the ballroom culture as depicted in Pose, the television show.” 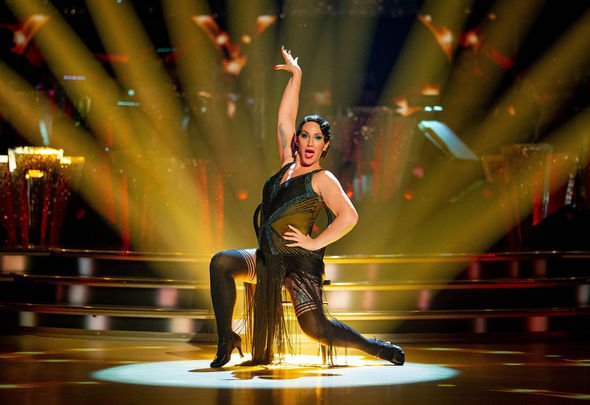 Morning radio followed, with Michelle and Ru initially co-hosting before she went it alone, first in New York and ultimately for a seven-year stint in Florida.

When he came up with the idea of Drag Race, now playing on BBC Three, he invited Michelle to be one of the judges.

“It was a gamble but, hey, nothing ventured… And it turned into a huge hit.

“I think the reason Ru and I got along from the start is because we were both ­misfits, both determined to make something of our lives. I was adopted, something I was told from the start.

“But however much you know that, you can’t escape the fundamental feeling that, even in the uterus, you weren’t wanted.”

She met her biological mother in Tennessee when she was 26. “It was very bizarre. I expected it to be an Oprah moment with the clouds parting and the sun streaming through.

“I got off the plane and I saw my face in hers. But there were no tears shed on either side. There was real gratitude from me, though, for her decision not to terminate the pregnancy.”

She’s met her father, too. “But it was my adoptive parents who I regarded as my real mum and dad. They did everything they could for me. I was so loved.”

Even so. “When I hit my teenage years, I didn’t like what I saw in the mirror. I was overweight and picked on in high school. So the only thing I could control was my food consumption.

“It often occurs to me now that, if RuPaul’s Drag Race had been around then, I’d have found a home with other kids who felt they didn’t belong.

“And maybe I wouldn’t have gone through the torture of eating ­disorders or spent hours and hours in therapy.

“I didn’t finally see the light until my mid-20s.” At 26, she met David. “I finally got pregnant in my early 30s. It didn’t happen straight away but then I’d abused my body for so long.”

It had taken Michelle a little while to sort out her own sexual preferences. “By the time I was 17, I was growing up in a gay lifestyle and I was at the peak of my sexuality.

“There was more to it, I came to realise, than just black and white: there was a whole lot of grey. And I wanted to experience some of that. I played the field and I enjoyed every moment of it.

“But, in the end, I finished up with a boy, a very sweet boy, and we’re still together all these years later.” 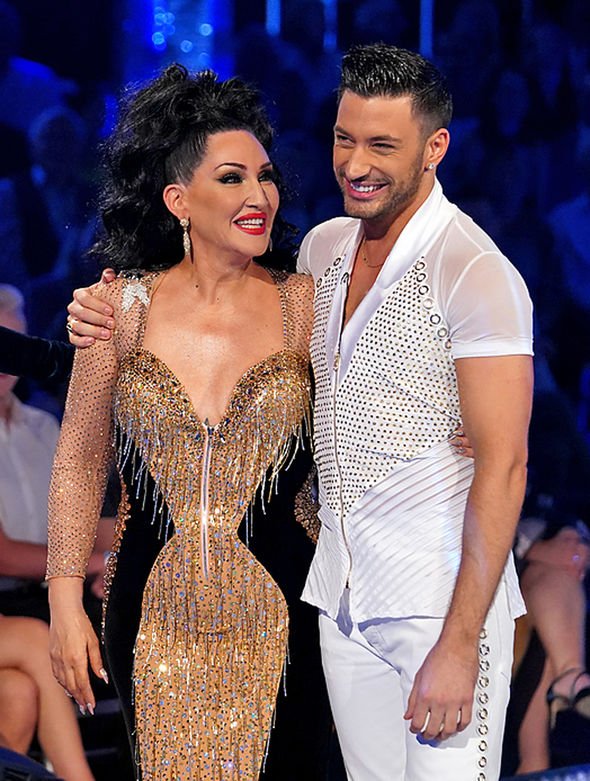 Drawing on the self-confidence she has built up after years of being bullied, Michelle survived a particularly combative Celebrity Big Brother in 2015 when the two Katies, Price (who went on to win it) and Hopkins were housemates. “At the start, I thought we’d got to see the real Katie Hopkins, a funny, quick-witted woman,” recalls Michelle. “I remember saying to her she’d changed the public perception of her so don’t now go and mess it up.

“But, as soon as she saw the other Katie coasting to victory, she flipped. That’s when she crossed the line and reverted to all those ­outrageous utterances. I could see the fear in her. It was pure attention-seeking.

“And it was disgusting. You can’t say with one breath that you want to be a gay icon and then in the next endorse Dolce & Gabbana’s view that gay couples with ­children are synthetic families.”

And Katie Price? “I love her. She has a heart of gold. OK, so she’s not in the best place right now. It’s heart-breaking for me to watch what’s happening.

“But she’s lovely and warm and sweet. And she’s so ­committed to her kids.”

What about the endless round of cosmetic surgery? “It springs from a basic insecurity. I understand that.

“I got a pair of fake breasts when I was 21 because I was a pop singer and my record company said I wasn’t sexy enough. But they were making me ill and now I’ve had them removed.”

Make no mistake. Michelle Visage is a woman who knows what she thinks. “Katie Price is a nice ­person,” she says. “Katie Hopkins is not.”