Kaitlynn Carter is expecting her first child with her boyfriend Kristopher Brock.

The ex-wife of Brody Jenner and ex-girlfriend of Miley Cyrus announced the news on Instagram Thursday.

The “Hills: New Beginnings” star, 32, posted a photo of her shadow against a wall which revealed her growing baby bump.

Carter captioned the pic with a single black heart.

A source told Entertainment Tonight that the pair, who have been dating for a year, is very “excited” about their little one. 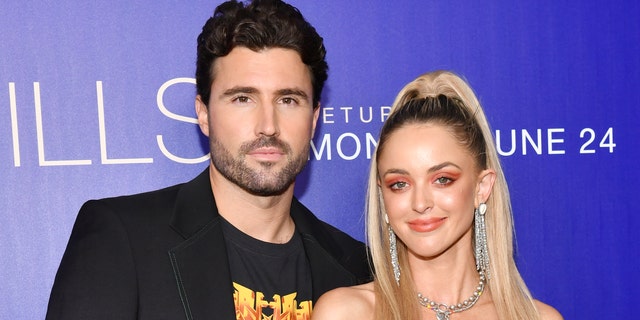 Brody Jenner and Kaitlynn Carter Jenner attend the premiere of MTV’s "The Hills: New Beginnings" at Liaison on June 19, 2019 in Los Angeles. The pair split in early August 2019 and it was revealed their marriage was never legal.
(Getty)

Carter and Jenner split in August 2019. He and the media personality had been together since 2014, and Jenner proposed in 2016.

They got married in Bali in June 2018, but the union was never made legal.

“Brody Jenner & Kaitlynn Carter have decided to amicably separate,” Jenner’s rep told Page Six at the time. “They love and respect one another, and know that this is the best decision for their relationship moving forward.”

After Carter and Jenner split, she was spotted a few weeks later on an Italian getaway with Cyrus. Carter and the singer ended their brief relationship in September 2019. 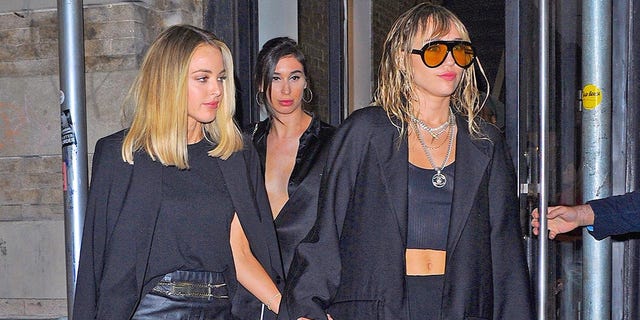 “After we had our split, it was obviously tough for both of us. She got into a relationship with somebody and I didn’t find out until I saw it in the press,” Jenner said during Season 2 of the MTV show. “But after some time had passed, I realized this is where our lives were going.”

“We’re going to be separated, we’re not gonna be together, but let’s still be in each other’s lives,” he continued. “Let’s still maintain a friendship and a love. We’ve been able to do that.”