Miley Cyrus was 12 years old when Hannah Montana first premiered on Disney Channel. The singer and actress can credit the show for launching her superstar career, but playing a child star didn’t feel the same by the time she hit her late teens. She broke from the squeaky-clean image “once I was 18 because it felt ridiculous,” Cyrus told ELLE magazine.

Cyrus likened her transformation to an image of an actor playing Peter Pan smoking backstage at Disneyland (which she actually did see). “And I was like, ‘That’s me. That’s the kind of dreams I’m crushing,'” she said. “That’s how everyone felt with the bong video, but I’m not a Disney mascot. I’m a person.”

In 2010, Cyrus made headlines when footage surfaced showing her taking a bong hit of salvia at a party. The “scandal” broke in the middle of Hannah Montana‘s final season, and Cyrus had not yet fully shed her innocent Disney image. Naturally, fans and parents weren’t shocked. The actress later apologized, saying, “I made a mistake … I’m disappointed in myself for disappointing my fans.” 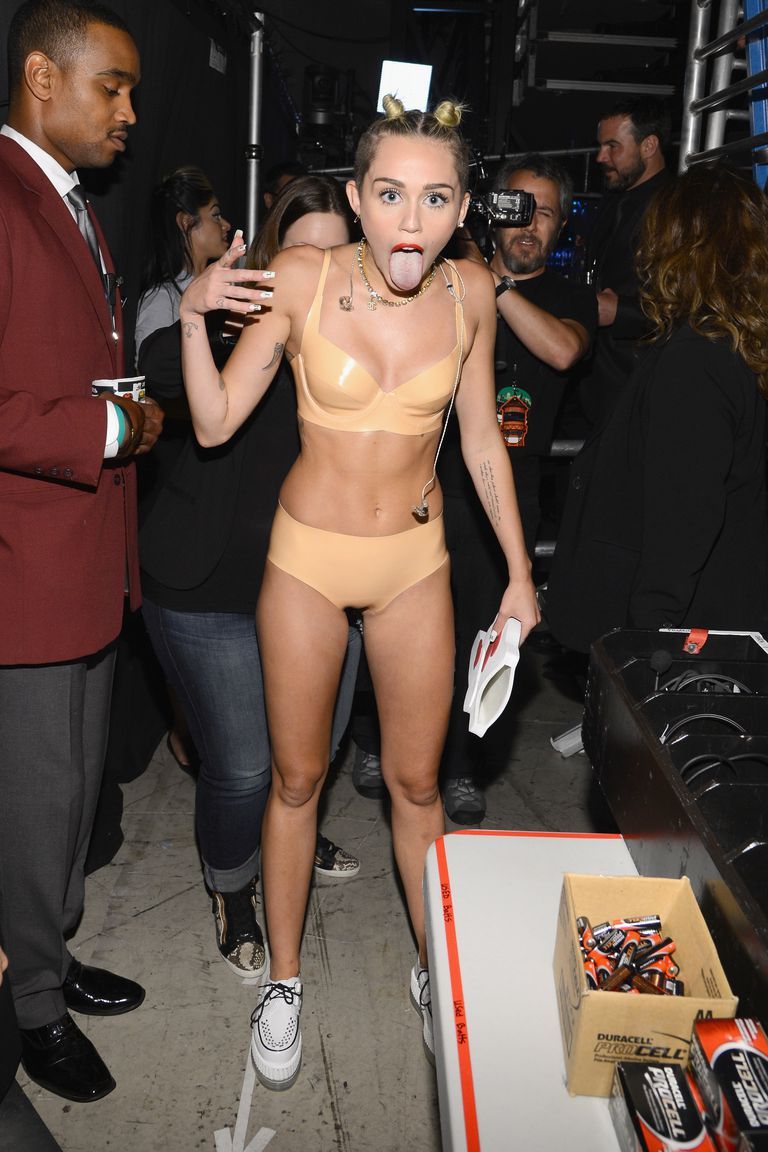 There would be even more shocking moments from Cyrus in the following years, from her naked “Wrecking Ball” video to twerking on Robin Thicke at the VMAs. But now, Miley feels “I actually have the respect that I want” when it comes to her public image and her music.

“When I walk into a room, people may think, ‘Okay, she gets her tits out,'” she told ELLE. “But they also think, ‘But she’s got a fucking sick voice,’ and that’s all I care about.”