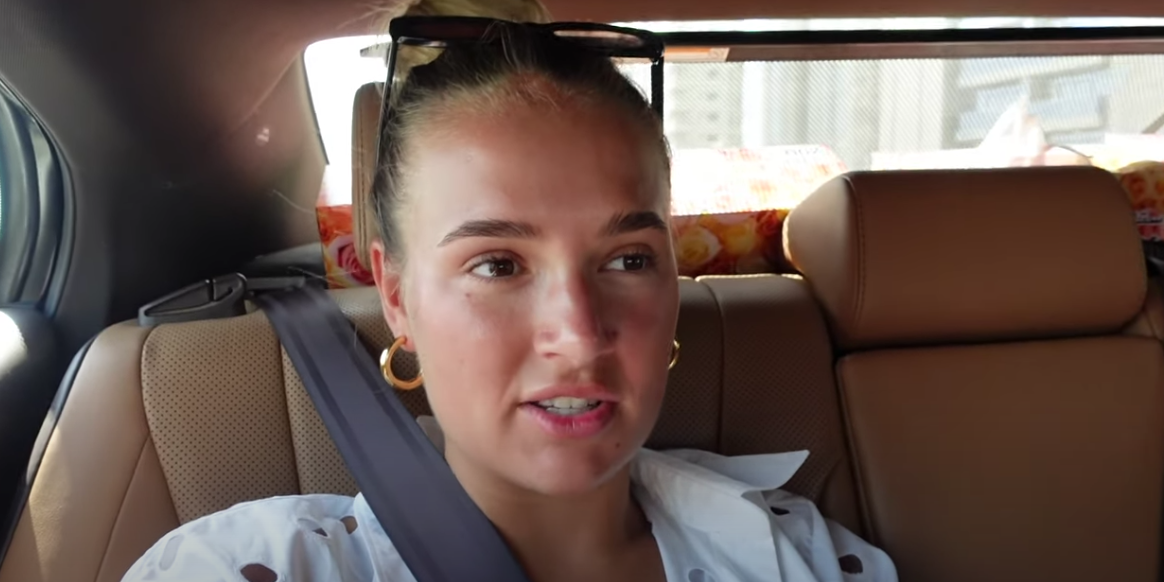 Molly-Mae Hague has claimed she was ‘kicked out’ of a beach club during her holiday to Dubai, after she was spotted with a vlogging camera.

The influencer and her boyfriend, Tommy Fury, jetted off to Dubai recently for a relaxing holiday, but it seems things didn’t go completely smoothly.

In a new vlog about their trip, Molly, 23, said they were asked to leave the Beach Cove in the Caesar’s Palace Hotel in Dubai, with staff questioning how they got in with a camera in the first place.

She claimed a security guard ‘shouted in her face’ but the pair did receive a full refund afterwards.

Molly said: ‘We have now left Cove,’ with Tommy, 23, warning her not to give the venue a bad review.

Molly went on: ‘That’s not me, I don’t throw shade, but we basically just got kicked out at the end.

‘Basically, we were leaving because we want to go to this Aqua Fun because obviously we’d leave a cool, vibey beach club to go to an aqua park because that just sums us up but, as we were leaving, Tommy just signed the cheque, the nill, and I had my vlogging camera in my hand.

‘I wasn’t even vlogging, I just had it in my hand and one of the security guards came up to me and was like, “Why have you got that camera? You need to leave. Why did they not check your bag when you came in here? How did you get in here with that camera?”

‘Then he tried to escort me out but because Tommy was somewhere else trying to pay the bill, I was just stood there like, “What is going on?”

‘He was really shouting in my face and then fully tried to escort me out of the beach club because I had the vlogging camera but no one checked out bags when we went in, no one said I wasn’t allowed a camera.

‘So, that was interesting. But because we left and we didn’t really spend any of the money that we used for the bed because of that situation, they did give us a full refund which is good.’

Molly and Tommy, who met on Love Island and have been going strong ever since, have been jet-setting recently, heading on holiday to Italy after their Dubai trip.

In one snap, Molly smiled away on a boat in Positano, revealing she’s ‘always’ wanted to visit the beautiful town on the Amalfi coast.

And she’s got plenty of reason to celebrate – after releasing her first book, Becoming Molly-Mae, the star discovered she’s become a Sunday Times bestseller.

Sharing a snap of herself beaming, Molly said: ‘Little break from the Italy pics because today I found out my book is Sunday Times No.1 bestseller😭 I can’t thank you all enough for the support… I’m blown away 🤍’.