NASA Was Budget Conscious for the 50th Apollo 11 Celebrations

NASA did the impossible 50 years ago — putting a man on the moon — and achieved a similar feat 50 years later … putting on a spectacular Apollo 11 celebration for relatively pennies.

TMZ’s got the receipts from the blowout celebration this week on the National Mall … and according to federal procurement docs, NASA doled out only $1.4 mil for a series of special events … that’s like a small house in Burbank, maybe.

Now, get this — at it’s time, the Apollo 11 mission cost $25 billion — a number experts say would land just south of $300 billion in today’s dollars. 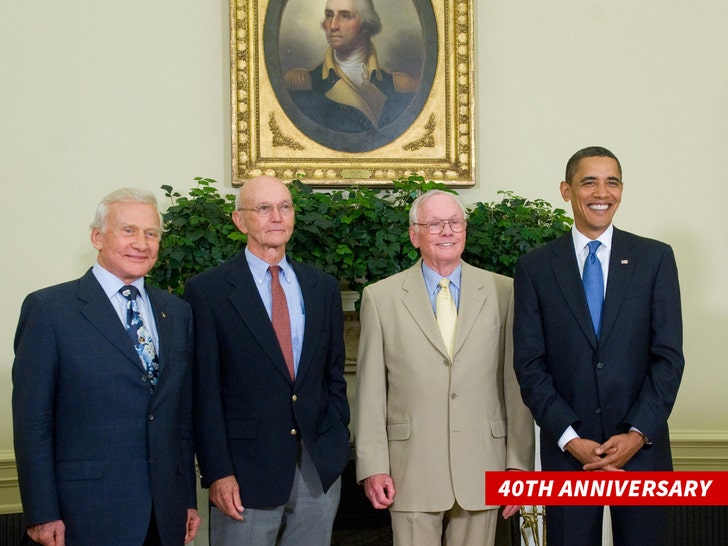 This week’s events include hands-on exhibits, live performances, speeches from moon experts and a 363-foot projection of the Saturn V rocket on the Washington Monument. This showed how space exploration affects our daily lives and can inspire the next generation of explorers.

Federal procurement docs show NASA spent a little over $43,000 back in 2009 for the 40th anniversary of the moon landing … a small celebration on Capitol Hill and a White House photo op with astronauts Buzz Aldrin, Michael Collins and Neil Armstrong alongside Barack Obama. That was like a backyard fireworks display compared to one at the Statue of Liberty for July 4th,  which is what’s going down this weekend!!!

So, NASA saved it pennies … presumably for a trip to Mars.