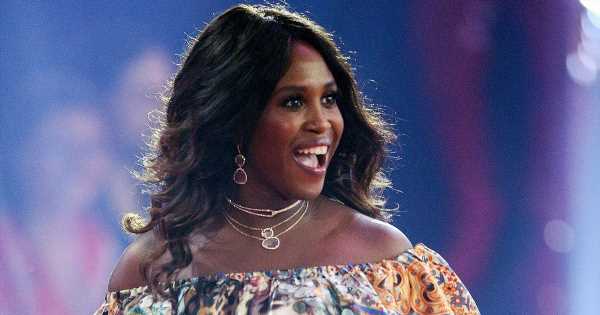 She wrote: “Everyone knows the town, it is the ugliest which I have so far seen.”

That could mean an awkward reception when Motsi returns to the resort for Strictly’s annual shindig in November.

The dancer, who lives in Germany, compares Blackpool to ‘Ballermann’ – slang for a part of Palma popular with loutish German tourists.

A showbiz source explained: “Ballermann is a sub-culture for German chavs, where they go binge-drinking and for wild clubbing/sex parties in Mallorca.

“It is basically the German equivalent of the Costa del Sol. Comparing Blackpool to Ballermann is therefore a very strong insult.”

Motsi’s not-so-fond memories of the Lancashire resort date from her time there during dance competitions.

In her 2015 autobiography Chili in the Blood, Motsi, 38, wrote: “Blackpool – Ballermann for the Londoners but a Mecca par excellence for tournament dancers. After a few days and many training hours in London, I moved into a hotel room, which was real a catastrophe – even in ­comparison to the last one I had.

“If anyone took a shower in the room above me, I could hear every single drop. I don't even want to remember the other sounds I could hear.”

Blackpool Mayor Amy Cross has ­offered to show Motsi around.

“Blackpool is going through major ­regeneration,” she said. “Huge sums of money have been put in to the town over the past six years.

END_OF_DOCUMENT_TOKEN_TO_BE_REPLACED

END_OF_DOCUMENT_TOKEN_TO_BE_REPLACED
We and our partners use cookies on this site to improve our service, perform analytics, personalize advertising, measure advertising performance, and remember website preferences.Ok