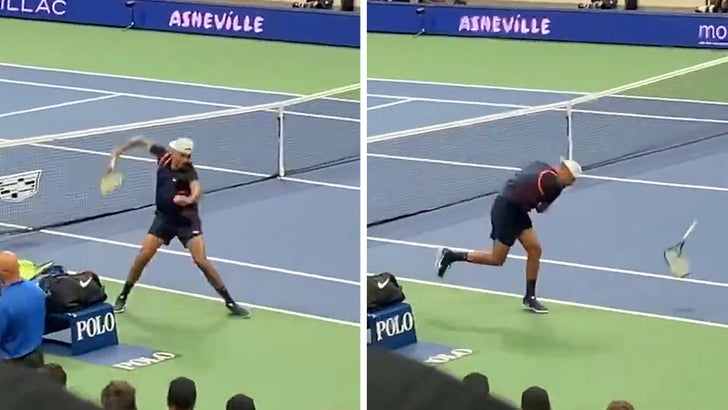 Nick Kyrgios lost his U.S. Open match Tuesday night — and then he lost his mind … smashing two of his rackets on the court in an epic meltdown at the famous tennis tournament.

Kyrgios battled against Karen Khachanov for nearly four hours with a spot in the tourney’s semifinals on the line — but things started to go awry for the Australian in the fifth set.

Khachanov began taking over, and Kyrgios got frustrated by it — at one point appearing to yell loudly at people in the stands. 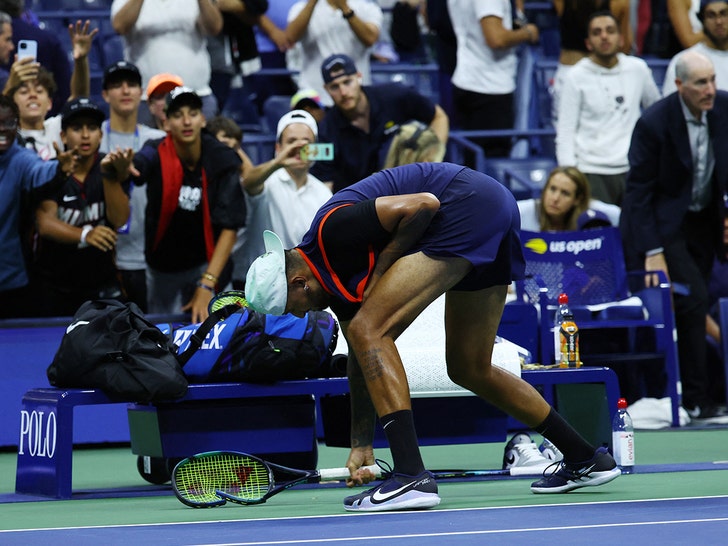 Video shot by spectators in the stands shows he hurled not one but two of his rackets onto the court — blowing them to smithereens.

Afterward, a downtrodden Kyrgios said he was heartbroken over the L.

Kyrgios has become infamous for his meltdowns on the court — in fact, he was just sued by a fan after he screamed about her during the middle of a Wimbledon match in July.

No word when the 27-year-old will play next — but it’s clear he’s becoming must-see TV for both his actions on the playing surface … and off of it.